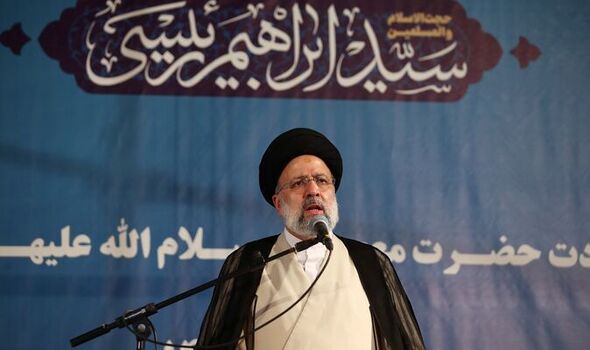 And last night experts warned that, with the “Butcher of Tehran” now slated to replace 83-year-old Ayatollah Ali Khamenei as the Islamic Republic’s next Supreme Leader, the West must finally abandon any hopes of reforming the regime and do more to contain its geopolitical ambitions. Despite the need for the country’s sanctioned gas and oil reserves to ease the global energy crisis, Thursday’s “last ditch” attempts to revive the broken 2015 Joint Comprehensive Plans of Action nuclear deal hold little prospect for success.

While this means Iran will not receive the sanctions relief it so desperately craves, it also leaves the West and Israel with the stark reality of having to find a more direct way to prevent Tehran – which has a growing stockpile of of uranium enriched to weapons grade 60 per cent purity – from developing a nuclear bomb.

Raisi, 61, was already infamous when, backed by both Khamenei and the Revolutionary Guards Corps (IRGC), he came to power on August 3 last year following contentious elections.

As deputy prosecutor of Tehran in 1988, he was one of four individuals selected to oversee the massacre of 30,000 imprisoned political activists.

His path to the presidency, however, began in 2017.

“He ran for office in 2017 but this was just to introduce him to the Iranian people,” said Catherine Perez-Shakdam, a Research Fellow with the Henry Jackson Society think tank who infiltrated the regime for 10 years,.

‘I was told in no uncertain terms that the plan was always for him to assume the presidency in 2021. His father-in -law is custodian of the Holy City of Mashed and the intention is that Raisi will become the next Supreme Leader of Iran ” she said.

Given a rare opportunity to speak to Raisi on a flight back from the Azerbaijan border, she discovered his true mindset.

“He is charismatic and comes across as quite smart and sophisticated. But if you spend time with him you realise it’s a facade. He’s a narcissist of the worst kind – there’s no humanity in him. He’s very harsh,” she said. 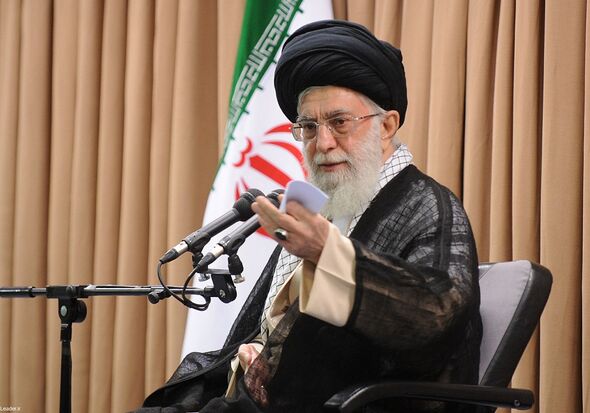 “When I asked him casually about Iranians not able to feed themselves, and the rights for women that are permissible by Islam, he simply replied that people should be grateful just to serve; that this was the liberation to which they could aspire.”

Raisi then quoted the father of the Islamic Revolution, Ayatollah Ruhollah Khomeini, saying: “We do not worship Iran, we worship Allah. For patriotism is another name for paganism. I say let this land Iran burn. I say let this land go up in smoke, provided Islam emerges triumphant in the rest of the world.”

Iranians are already paying a heavy price for the regime’s domestic and foreign policies.

With a brain drain effectively destroying the middle classes, the country is now feudally divided into wealthy supporters and impoverished citizens.

According to official reports, around 70 percent now live below the poverty line, with 25 percent of Iranians either slum dwellers or homeless. At least 12 million sleep hungry every night.

Inflation surged to 52.5 percent in June from 39.3 percent in May and the Iranian currency, the rial, has lost 15 percent of its value against the US dollar since Raisi took over.

This has led to increasingly widespread protests, with 9,630 demonstrations over the last year, These include 34 nationwide protests by teachers, pensioners, and pensioners.

Despite efforts by exiled opposition groups such as the NCRI / MEK to coordinate dissident activists, the lack of a meaningful internal opposition means that those hoping for a 1979-style internal revolution will have some time to wait.

In the meantime, Raisi’s regime is continuing to crack down. It found £59m for extra riot police and arrested 18,144 people, as well as an additional 2,000 detained for political reasons.

Since taking office, Raisi has overseen 522 public executions – double the previous year – including, for the first time, 21 women and seven minors. More than 100 prisoners are currently awaiting amputation or blinding under the regime’s draconian law of Qisas (an “eye for an eye”).

“This hardline conservative government in Iran reflected a time of profound crisis. It was hoped by ultra conservatives that Raisi’s election would galvanise the country against the perceived US threat. This has not happened,” said Anastasia Chisholm, Middle East analyst for Sibylline strategic risk group

“The rise in protests is significant, but they lack central organisation and the prospect for regime change remains distant.”

There is little chance of Iran being meaningfully bailed out by Russia and China, however.

“The strength of the Iran-China relationship is often exaggerated. Beijing is dealing with its own economic problems right now and the last thing it needs, were it to significantly increase aid to Tehran, is a sanctions fall out from the US which would come at a greater cost to China,” said Chisholm

While relations with Moscow are closer this, too, could change.

“Russia is also sanctioned, and this has led to Tehran being in direct competition with Moscow to sell its oil to China. China prefers Russian oil because of its discounted prices that Iran cannot afford to offer ,” said Perez-Shakdam

“In the next year or two I can see Iran and Russia becoming strategic rivals, particularly in Syria and Afghanistan.” 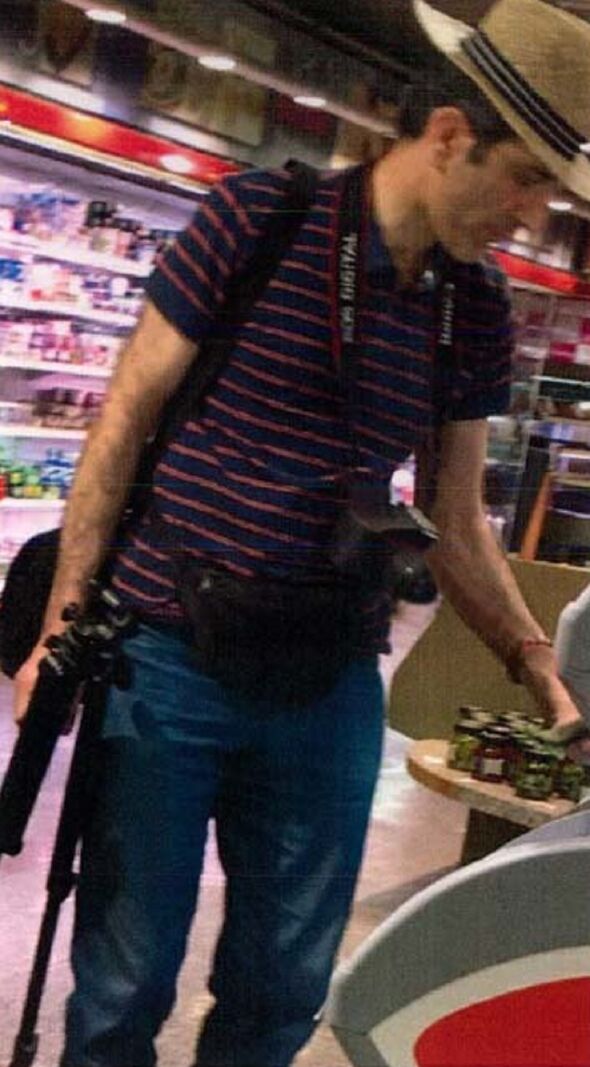 Iran may also resume activities in the Strait of Hormuz, where blocking of international transit may lead to another energy crisis, and even the targeting of water supplies in Sudan and Egypt intended to spark a mass migration crisis.”

In the meantime, Iran continues to be a world master at hostage diplomacy.

As the Islamic Republic becomes more insecure about its status, its willingness to embark on extreme acts to quell opponents around the world increases.

Last year, Iran’s European spy chief Assadollah Assadi was jailed or 20 years by a judge in Antwerp for his role in organising a 2018 terror plot targeting the NCRI’s annual Free Iran conference.

The NCRI is considered to be the political arm of Mujahideen-e-Khalq (MEK), a dissident group that backs the overthrow of the Islamic Republic.

Had Assadi, 50 – officially a diplomat attached to Iran’s embassy in Vienna – succeeded, hundreds of supporters, including women, children and a group of British MPs who had gathered for the conference in Paris, would have been killed.

Yet just last week Belgium’s government attempted to sign a prisoner swap treaty with Tehran which would have seen Assadi serve the rest of this sentence in Iran, where he would undoubtedly have been released the moment he landed at Imam Khomeini International Airport.

At least two Belgian citizens, including aid worker Olivier Vandecasteele, are currently languishing along with scores of other European citizens in Tehran’s notorious Evin prison as the country continues to pursue its policy of hostage diplomacy.

It is little wonder, then, that Iran continues to feel emboldened – as shown by the forced cancellation of the NCRI’s 2022 conference last month following credible evidence by the CIA of yet another state-sponsored terror plot.

Speaking last night Shahin Gobadi, a member of NCRI’s Foreign Affairs Committee, said: “As the regime becomes more desperate, it will react more frantically and resort to more executions, terrorism outside Iran, and intensify its drive to acquire nuclear weapons.

“The West must abandon any notion of appeasing the regime and adopt a firm policy by imposing tougher sanctions on the regime and recognising the Iranian people’s right to resistance and regime change. “