Both countries, which straddle the boundary between Europe and Asia, have been involved in clashes for decades. On Sunday last weekend, violence broke out between the two sides leaving a number of civilians and dozens of soldiers dead.

Now, Mr Trump has said the US will attempt to halt the violence, saying: “We’ll see if we can stop it.”

Armenia and Azerbaijan have accused one another of targeting civilians as well as using heavy weapons.

Violence broke out in the Nagorno-Karabakh region, which is legally part of Azerbaijan but controlled by Armenians, The Guardian reports.

Fighting has continued into today. Armenia’s defence ministry has claimed around 200 people have been wounded, while Azerbaijan has claimed 26 civilians have been hurt. 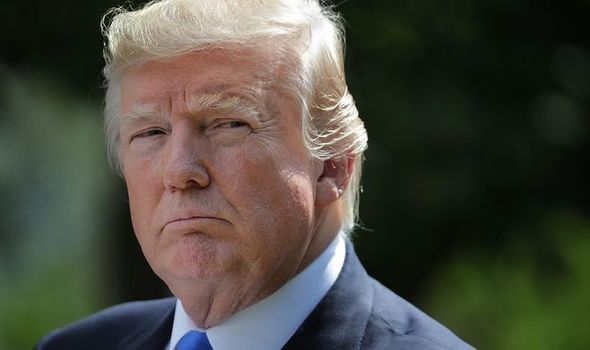 On Sunday, the US Department of State issued a statement condemning the deadly clashes.

Morgan Ortagus, a spokesperson for the department, said: “The United States is alarmed by reports of large scale military action along the Line of Contact in the Nagorno-Karabakh conflict zone that has resulted in significant casualties, including civilians. We extend our condolences to the families of those killed and injured.

“The United States condemns in the strongest terms this escalation of violence.  Deputy Secretary Biegun called the Foreign Minister of Azerbaijan, Jeyhun Bayramov, and the Foreign Minister of Armenia, Zohrab Mnatsakanyan, to urge both sides to cease hostilities immediately, to use the existing direct communication links between them to avoid further escalation, and to avoid unhelpful rhetoric and actions that further raise tensions on the ground.

READ: Chaos on edge of Europe: Armenia and Azerbaijan clash – ‘Could throw region into fire’ 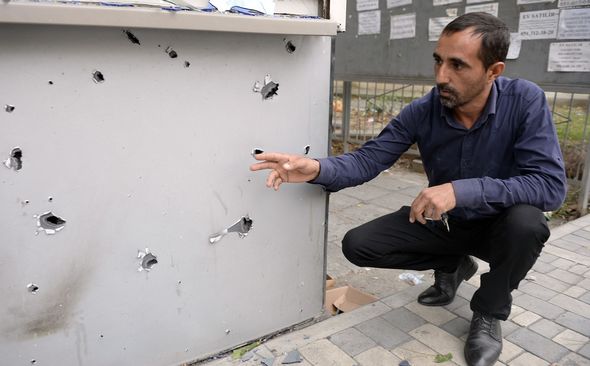 “The United States believes participation in the escalating violence by external parties would be deeply unhelpful and only exacerbate regional tensions.

“We urge the sides to work with the Minsk Group Co-Chairs to return to substantive negotiations as soon as possible.”

Analysts have said the recent clashes are the most violent since 2016. 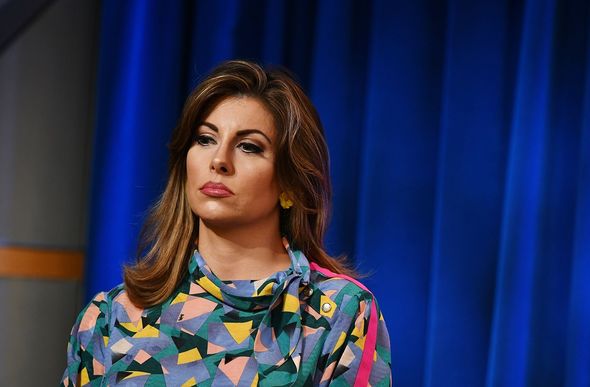 The two nations, which are both formerly Soviet, have had a tense relationship since the late 80s and early 90s.

A ceasefire was declared in 1994, though a formal peace treaty was never agreed.

Clashes in the region have been driven by the fact Nagorno-Karabakh voted to become part of Armenia following the end of the Soviet Union.

Despite this, the region has been part of Azerbaijan since the 1994 ceasefire, the BBC reports.

One occasion of violence in the region was the Khojaly genocide in 1992, in which an Armenian offensive killed over 600 Azerbaijani citizens, according to Anadolu Agency. 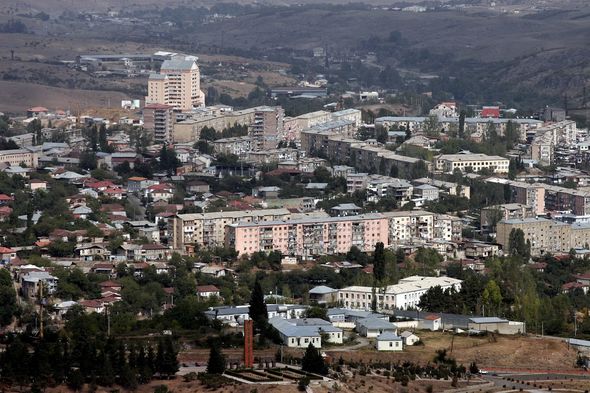 Efforts to end violence in the region have been made by the Minsk Group, which is co-chaired by Russia, France, and the US.

The group’s co-chairs are supposed to regularly visit the region to “conduct high-level talks with the parties to the conflict,” the group states.

It remains to be seen how the US will step into the conflict to attempt a peaceful resolution.