It follows the signing of a new US-India defence agreement in New Delhi by American Secretary of State Mike Pompeo. Reacting to the news Wang Wenbin, a Chinese foreign ministry spokesman, insisted “the border affairs between China and India are matters between the two countries”.

He added: “Now the situation across the border is generally stable and the two sides are resolving relevant issues through consultations and negotiations.”

In June 20 Indian soldiers were killed during clashes with Chinese troops in the contested eastern Ladakh region.

Under the new agreement the US and India have agreed to share military intelligence and boost cooperation against common threats in the Asia-Pacific region.

Whilst India has traditionally avoided international alliances analysts suggest it has become spooked by an increasingly assertive China. 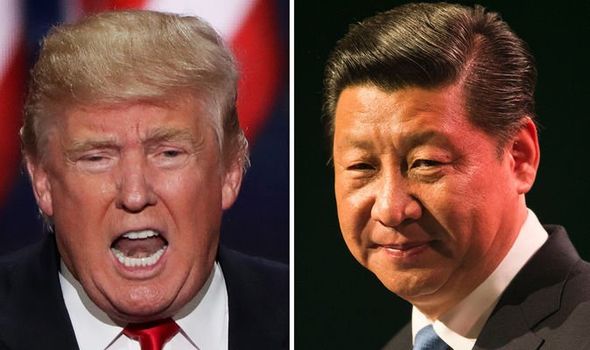 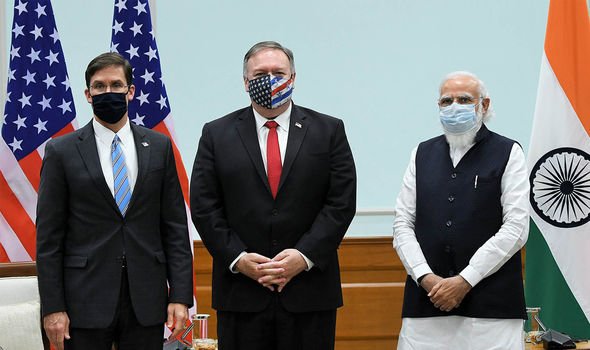 Mr Pompeo was accompanied on his visit to India, part of a four nation Asian tour, by Defence Secretary Mark Esper.

In response to the deal he commented: “Our leaders and our citizens see with increasing clarity that the CCP is no friend to democracy, the rule of law, transparency, nor to freedom of navigation, the foundation of a free and open and prosperous Indo-Pacific.”

During his visit Mr Pompeo also laid a tribute at a memorial to the Indian soldiers killed in June’s border clash. 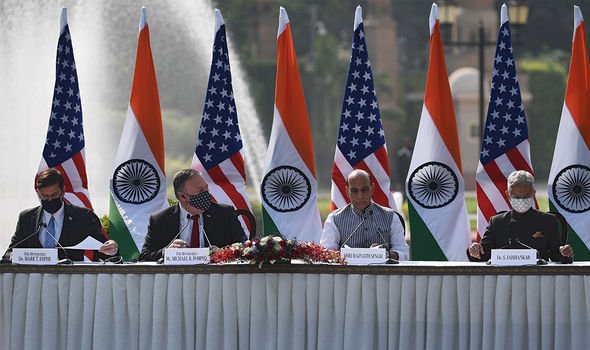 Subrahmanyam Jaishankar, the Indian foreign minister, welcomed the agreement and described his country’s relationship with the US as “exceptionally positive”.

The deal was also praised by Mr Esper who made clear it is motivated by mutual concerns about China.

Mr Esper said: “We stand shoulder to shoulder in support of a free and open Indo-Pacific for all, particularly in light of increasing aggression and destabilizing activities by China.”

Relations between China and both India and the US have deteriorated sharply over the past few years. 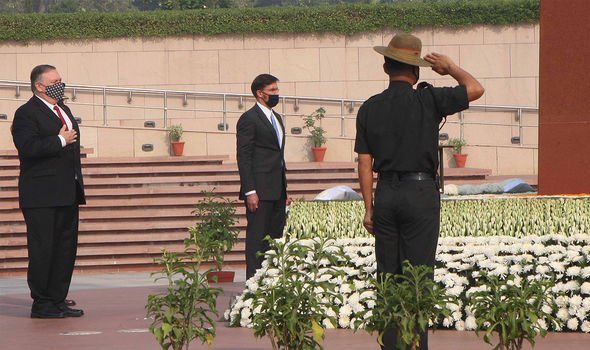 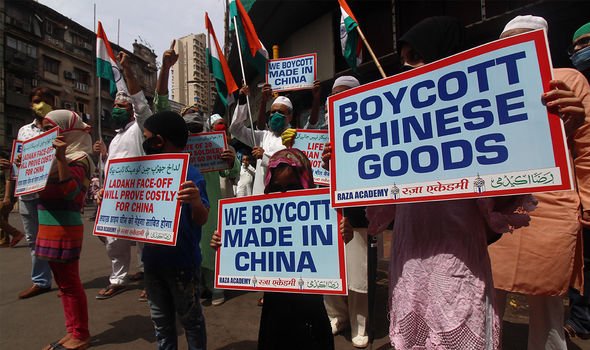 India and China have a longstanding border dispute which in 1962 exploded into a month-long war.

During the clashes in June the two sides fought with metal bars, clubs wrapped with barbed wire and rocks.

By mutual agreement firearms have been banned along the contested border.

Many of the Indian dead either drowned or were injured and died of exposure.

There were also reports of Chinese casualties though Beijing has not released an exact figure.

Following the violence anti-Beijing protests swept India and some Chinese apps, such as TikTok, were banned from the country.

Mr Pompeo will also visit Sir Lanka, the Maldives and Indonesia on his Asian tour which appears to be motivated by security concerns about China. 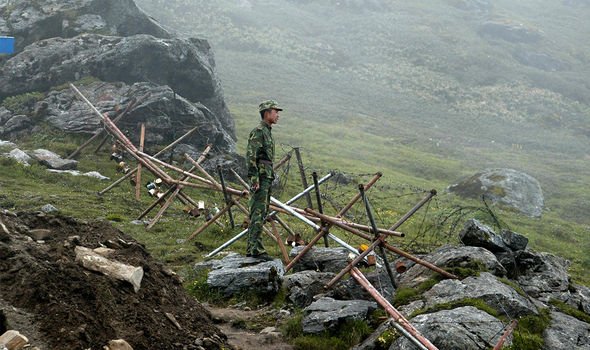 Relations between the US and China have soured in recent months over COVID-19, trade, Hong Kong and Beijing’s treatment of its Uyghur Muslim minority.

Washington is refusing to recognise the Chinese claim over much of the South China Sea, which overlaps with rival claims from five other countries.

To demonstrate this position US warships have been passing through the area on ‘freedom of navigation’ patrols.