The confrontation took place during a heated meeting in which the American ambassador told her Chinese and Russian counterparts she was “disgusted by the content of today’s discussion”. China’s representative hit back accusing the American of spreading “spreading political virus and disinformation”.

Tensions between Washington and Beijing have surged over a number of issues in the last few months.

The Trump administration argues the coronavirus pandemic, which originated in China’s Hubei province, became a global problem because of Beijing’s initial inaction.

In his UN speech Chinese foreign minister Wang Yi emphasised the importance of a UN led global response and argued the United States should regard a COVID-19 vaccine as a public good available to all.

He said: “In such a challenging moment, major countries are even more duty-bound to put the future of humankind first, discard Cold War mentality and ideological bias and come together in the spirit of partnership to tide over the difficulties.” 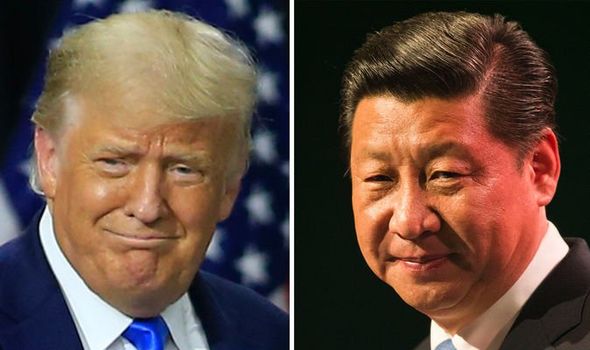 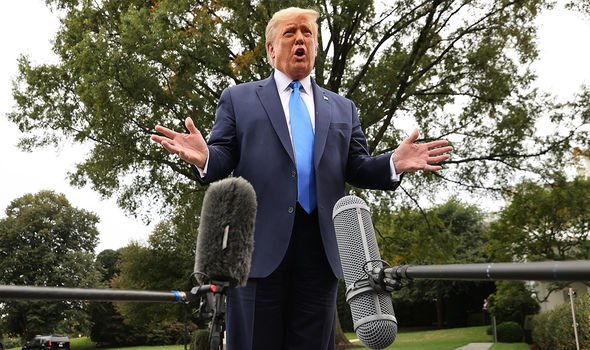 Mr Wang also used his address to criticise recent US and EU sanctions commenting: “Unilateral sanctions and long-arm jurisdiction needs to be opposed in order to safeguard the authority and sanctity of international law.”

Russian foreign minister Sergey Lavrov also implicitly criticised the US by arguing countries are “responsible for their own internal problems”.

He claimed the “common misfortune” of the pandemic “did not iron out interstate differences, but to the contrary deepened them”.

Mr Lavrov continued: “In a whole number of countries there is a temptation to look abroad for those who are responsible for their own internal problems. 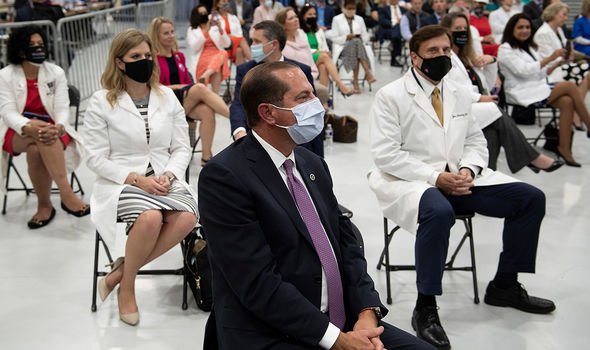 “And we see attempts on the part of individual countries to use the current situation in order to move forward their narrow interests of the moment in order to settle the score with the undesirable governments or geopolitical competitors.”

The Chinese and Russian comments sparked a furious reaction from Kelly Craft, the US ambassador to the UN.

America has seen more coronavirus deaths than any other country and President Trump’s handling of the pandemic has become a major election issues.

She replied: “Shame on each of you. I am astonished and disgusted by the content of today’s discussion. 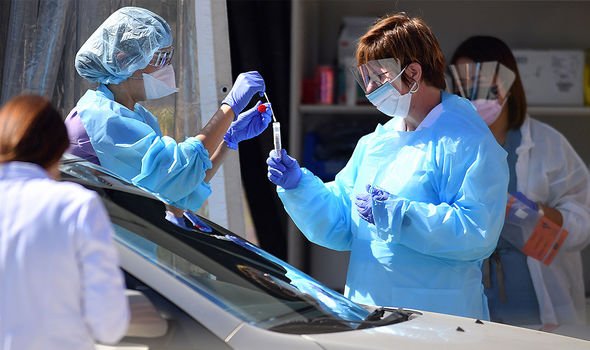 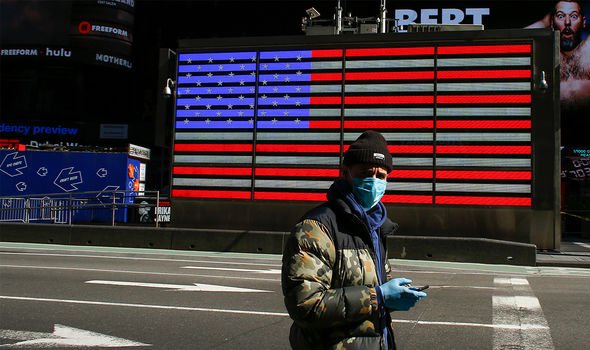 “President Trump has made it very clear: We will do whatever is right, even if it’s unpopular, because, let me tell you what, this is not a popularity contest.”

She said other representatives were “squandering this opportunity for political purposes.”

Mr Trump has repeatedly attacked Beijing over its handling of the coronavirus pandemic and has controversially taken to describing COVID-19 as the “China virus”.

On Tuesday the president made an address to virtual UN General Assembly’s leaders meeting in which he said “we must hold accountable the nation which unleashed this plague onto the world: China”.

Ambassador Croft continued this argument commenting: “The Chinese Communist Party’s decision to hide the origins of this virus, minimise its danger, and suppress scientific cooperation (that) transformed a local epidemic into a global pandemic.”

Her remarks drew a furious response from Zhang Jun, the Chinese UN ambassador, who asked to speak at the end of the meeting.

He said: “China resolutely opposes and rejects the baseless accusations by the United States. 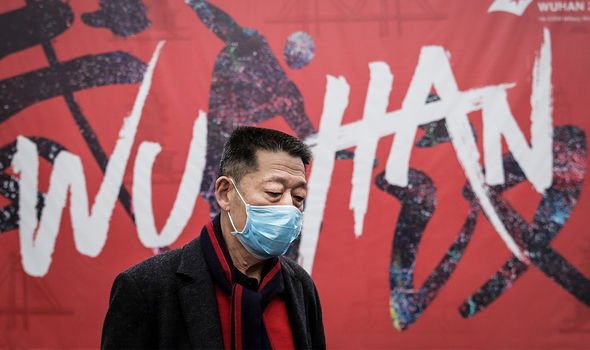 “Abusing the platform of the UN and its Security Council, the US has been spreading political virus and disinformation, and creating confrontation and division.”

Relations between the US and China have sharply deteriorated recently over issues including Hong Kong, trade, the coronavirus and Beijing’s treatment of its Uyghur minority.

Coronavirus has killed more than 200,000 people in the United States, more than any other country in the world.