Iran’s Islamic Revolution Guard Corp claims to have successfully launched a satellite missile named Noor, meaning light in Urdu. Iran has previously attempted several launches but all were proven unsuccessful. This launch is expected to intensify US and Iran tensions which have been escalating throughout the year.

Donald Trump tweeted that he had instructed the US Navy to shoot down and destroy any and all Iranian gunboats if there were any issues.

He tweeted earlier this afternoon: “I have instructed the United States Navy to shoot down and destroy any and all Iranian gunboats if they harass our ships at sea.”

This threat comes after an incident in the Gulf a week ago. 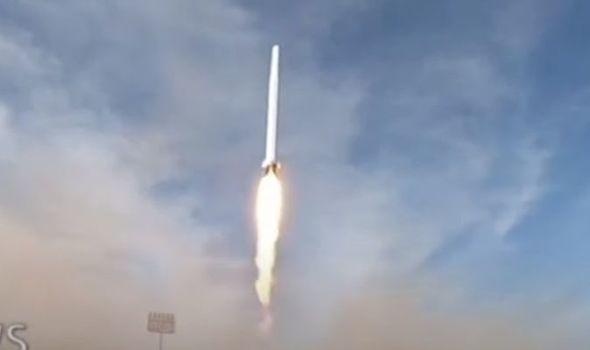 He said: “Today, instead of bullying others, the Americans should put all their efforts toward saving those members of their forces who are infected with coronavirus.

“US officials need to think about rescuing themselves and resolving this issue.”

However, Mr Jahromi added that the Aerospace Force’s space programme was defensive, not offensive.

He tweeted: “Part of Iran’s peaceful [space] programme is civilian which is pursued by the government, while another part is for peaceful defence purposes and naturally carried out by the armed forces.”

A Pentagon spokesman insisted the US would continue to monitor Iran’s quest for space launch technology.

Spokesman Maj Rob Lodewick said: “While Tehran does not currently have intercontinental ballistic missiles (ICBMs), its desire to have a strategic counter to the US could drive it to develop an ICBM.