These fears weren’t eased when China warned it was “ready for war” as the US expressed solidarity with Taiwan. China sees the Island as a breakaway province, and has pushed for reunification. However, in January, a separatist candidate convincingly won the Taiwanese election, as President Tsai Ing-wen was reelected with an anti-Beijing message. She warned Xi Jinping’s regime that China needs to “face reality” and show the island “respect” amid an ongoing row over its independence.

This message has not reached Beijing however, as the Chinese military have sent ships to Taiwan in an uptick of aggression.

War games near the Pratas Islands, for example, have played into fears that a Taiwan invasion could be around the corner.

Beijing has taken an aggressive stance on Taiwan as well as Hong Kong – both territories which enjoy greater independence from mainland China – as President Xi Jinping aims to ‘reunify’ his country.

Last July, the US approved sales of weapons requested by Taiwan, including tanks and Stinger missiles, worth billions of dollars. 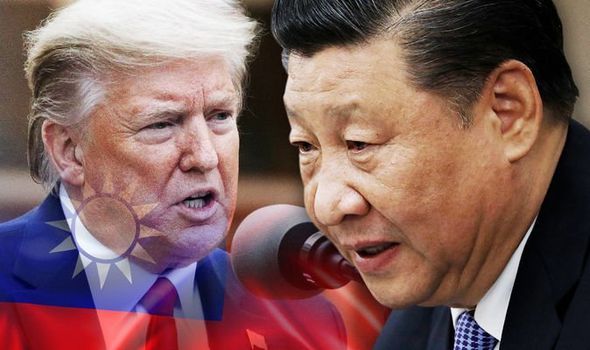 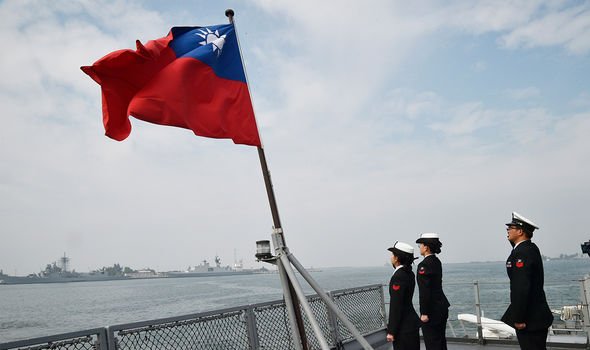 However, the Chinese Defence Ministry issued a violent threat.

Spokesman Wu Qian said: “We must firmly point out that seeking Taiwan independence is a dead end.

“If there are people who dare to try to split Taiwan from the country, China’s military will be ready to go to war to firmly safeguard national sovereignty, unity and territorial integrity.”

A spokesman for the US State Department said Washington remained committed to a “one-China” policy, under which Washington officially recognises Beijing and not Taipei, while assisting Taiwan. 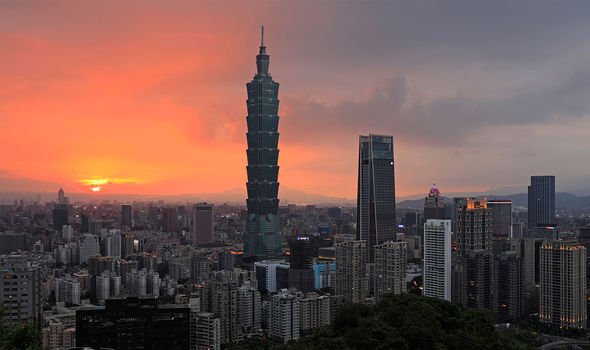 He said US arms sales to Taiwan were a consistent policy of multiple US administrations and had contributed to the maintenance of peace and stability across the Taiwan Strait.

The US spokesman said: “The United States considers any effort to determine the future of Taiwan by other than peaceful means, including by boycotts or embargoes, of grave concern to the United States.”

They said: “We urge Beijing authorities to renounce irrational, malicious acts such as the use of force, and to improve cross-strait relations and handle issues including Hong Kong rationally, so that it can be a responsible regional member.”

The row came as the US and China continued to clash in the South China Sea. 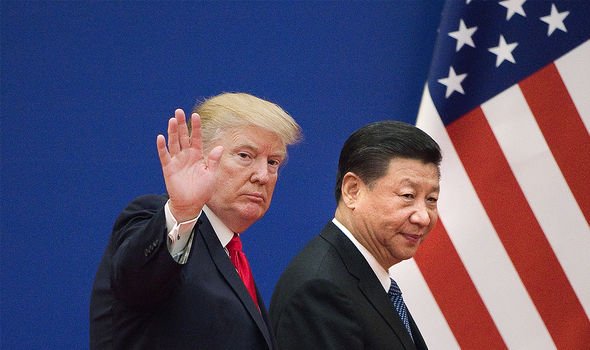 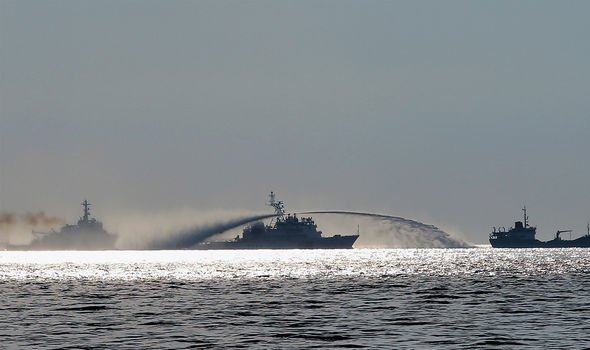 China has controversially seized control of much of the South China Sea due to its Nine Dash-Line claim, a demarcation for what the country believes to be its waters.

The region is hotly contested because of its lucrative shipping lanes, capacity for strategic military advantages and wealth of natural resources such as oil and minerals.

Both nuclear powers have increased their military presence in the region, as Washington aims to thwart Beijing’s dominance.

Hu Bo, director of the Centre for Maritime Strategy Studies at Peking University, said in 2017 that conflict has become a risk.

He said that there could be parties with the US military aiming to create a small-scale and “controllable” conflict with their Chinese counterparts.