Joseph Wu, Taiwan’s Foreign Minister, made the claim yesterday during an interview with India’s WION news. He referred to a significant increase in Chinese military aircraft entering Taiwan’s air identification zone as an example of intensifying activity in the region.

Mr Wu also said Taiwan was building up its own military capabilities in response.

“I think the target is Taiwan, there’s no doubt about it. 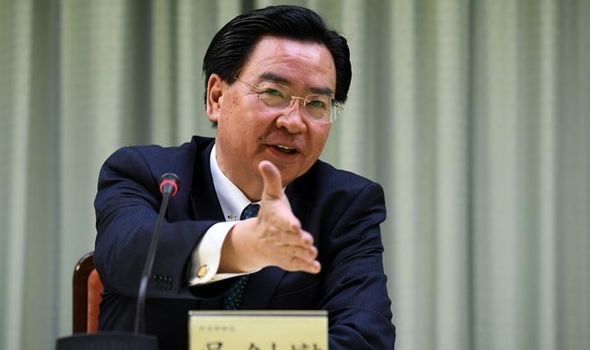 He accused China of sending aircraft across the median line which divides the Taiwan Strait – a boundary which he said “has been safeguarding peace and stability and the status quo for decades”.

He said Taiwan is increasing its own defence forces “to prevent China from thinking that they can take Taiwan over very quickly”. 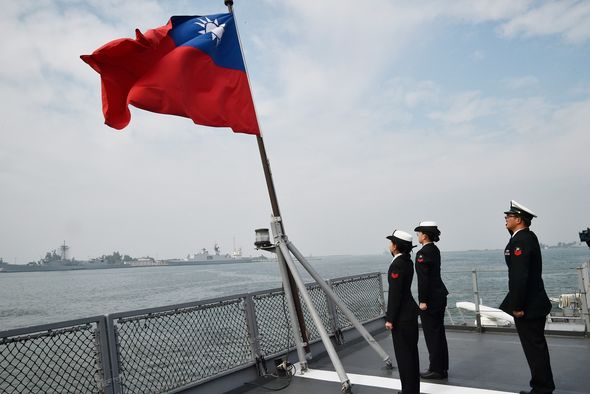 The foreign minister openly admitted to acquiring military hardware from the US to achieve this.

Indeed, the US recently approved a weapons sale to Taiwan worth around $1.8 billion, or £1.4 billion.

The deal involves the sale of cruise missiles, rocket launchers, and artillery, according to the Pentagon. 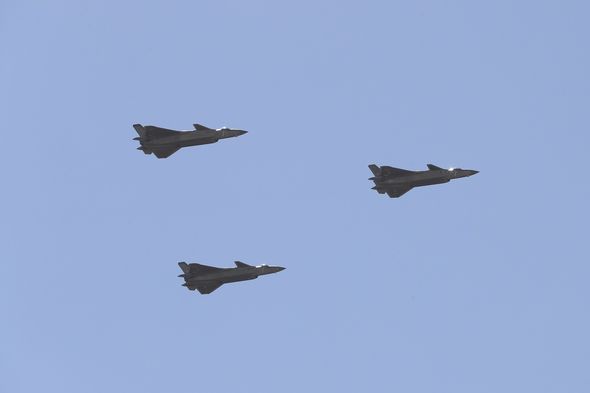 China’s Foreign Ministry spokesperson Zhao Lijian yesterday warned China would “make a legitimate and necessary reaction in light of the development of the situation”.

Taiwan considers itself to be an independent country, though China sees it as a ‘renegade province’, the BBC reports. 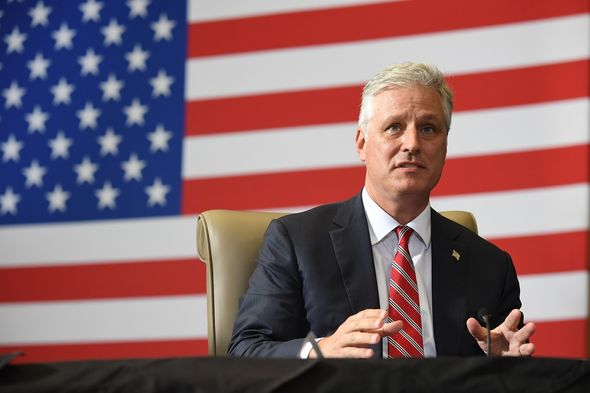 China has already warned against ties between the US and Taiwan this year after two Trump administration officials visited the island nation in recent months.

Yesterday, Mr Wu took to Twitter to thank US Secretary of State Mike Pompeo for “friendship” between the two countries.

He added: “Mutual support gives us much-needed courage to continue being a force for good in the world.” 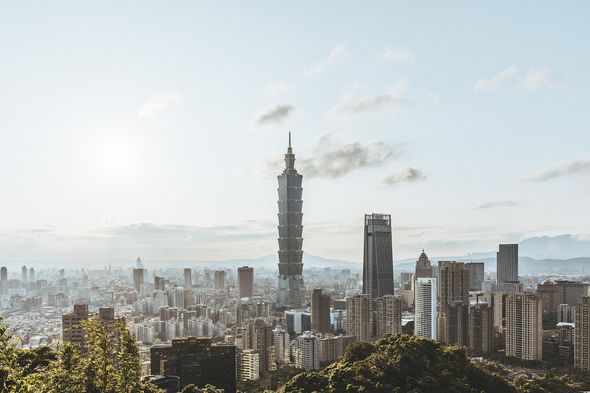 He told the Aspen Security Forum: “I don’t know what they would gain from that”.

However, he warned Beijing could use other actions against Taiwan such as embargoes.

He added: “What we told our Taiwanese friends is knowing all this, whether there’s an amphibious landing, a missile attack, a gray zone-type operation, they really need to fortify themselves.”