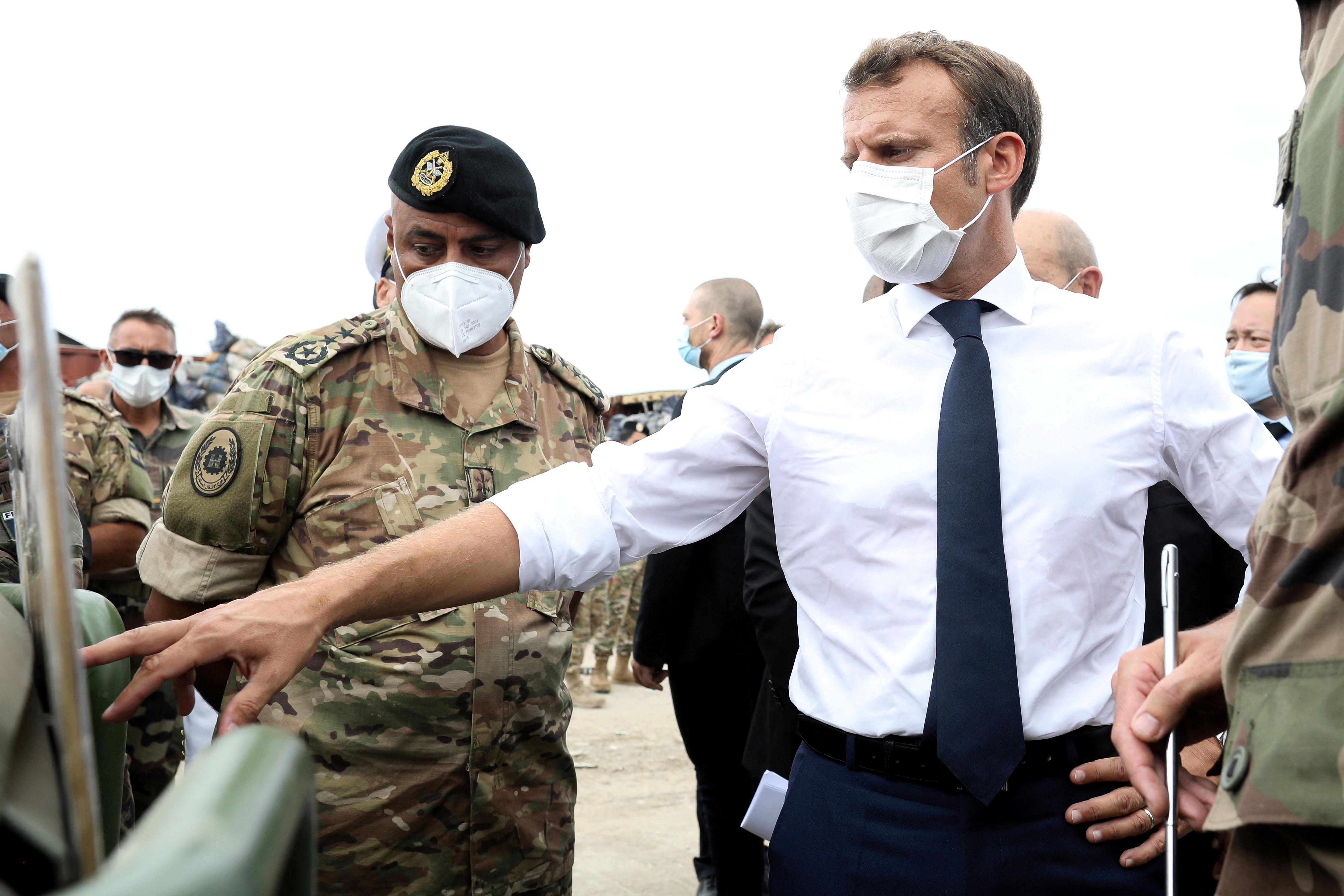 But it wasn’t a powerful Lebanese leader or a local celebrity. Instead, the wall-to-wall coverage on Tuesday was of Emmanuel Macron, the president of France, the nation from which Lebanon shook off the shackles of colonial rule decades ago.

It is a sign of the depth of Lebanon’s crisis and the disdain so many Lebanese now have for their politicians — whether Muslim, Christian or Druze — that there was little sign of complaint that a foreigner and leader of a former colonial power took centre stage.

“I promise you, I won’t leave you,” Macron told a group of anti-government protesters after making his first stop on Monday at the home of Fairouz, 85, the famed Lebanese singer whose music for decades has transcended Lebanon’s sectarian divides.

Lebanon’s economy is collapsing after years of industrial-scale state corruption, the currency has crashed and, after last month’s massive port blast, a swathe of Beirut is ruined.

The Lebanese are reeling. A growing number cannot afford to feed their families, while others are planning to leave for good – or already have. Many of those who want to stay or have no choice are desperate for someone to drag them out of the crisis.

Enter Macron, on his second visit in less than a month.

“The scene was 100% French. Macron dominated it entirely in an unprecedented manner for a foreign leader,” Nabil Boumonsef, deputy editor-in-chief of Annahar newspaper, told Reuters.

“At some points, he was sharp and severe with the political class, even threatening sanctions, and they didn’t object because they sense that they have been denounced and no longer have legitimacy.”

The borders of modern Lebanon were proclaimed by France in 1920 after an imperial carve up with Britain. The nation gained its independence in 1943.

But the country, with its deep sectarian rifts, has long been a political playground for regional and international powers, from which local warlords – some still with political influence – have been all too ready to take support to fight proxy wars or settle their local squabbles.

This time, even politicians, who might in steadier times have come out with furious speeches about foreign meddling, lined up to meet Macron as he told them to fix the system in double quick time.

Reform or face the consequences, possibly sanctions, he warned. And as one senior Lebanese politician told Reuters the next day, this time, after so many delays, “it might work.”

So on Tuesday, it was the French air force that flew over head — trailing smoke in Lebanon’s colours of red, white and green — and it was the French president, with his jacket off and sleeves rolled up at Beirut port, telling Lebanon he hadn’t lost hope and it was time to get on with the job of cleaning up.