US will ‘mobilise every resource’ to evacuate Americans, Afghans

Facing stiff criticism of his handling of the chaotic US pullout from Afghanistan, President Joe Biden promised Americans there that “we will get you home,” but warned the evacuation mission would be risky and dangerous.

Biden, in a speech and answering questions from reporters at the White House, sought to answer critics who say his administration misjudged the speed with which the Taleban would take over, and poorly planned the evacuations of Americans and Afghan allies after the 20-year long US presence there.

“There’ll be plenty of time to criticise and second guess when this operation is over,” Biden said, adding that “the buck stops with me.”

Biden called the airlift one of the largest, most difficult of its kind, and said an attack in Kabul is one concern following the Islamist group’s release from prisons of fellow militants.

Nato allies have deployed enough planes to airlift foreign nationals and their Afghan colleagues from Kabul but ground access to the airport is a “big challenge”, the alliance’s chief warned on Friday.

Secretary-General Jens Stoltenberg, speaking after a video conference of Nato foreign ministers, also said some allies were pushing for more time to complete their evacuations.

The United States – which has overall control of operations at the airport – had previously set an Aug 31 deadline to pull its forces out of Afghanistan. 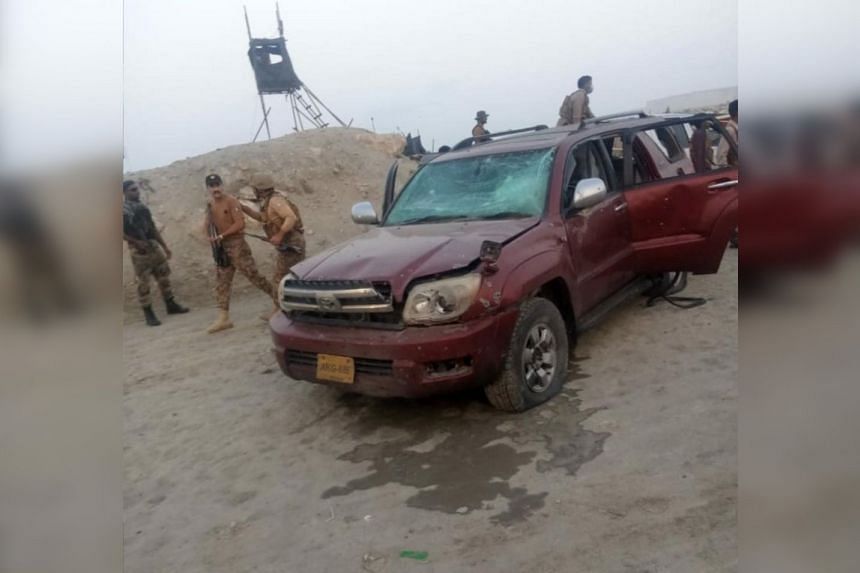 The suicide blast took place at the East Bay Road in the port of Gwadar around 7pm. Chinese nationals sustained minor injuries, a police statement said.

The Pakistan interior ministry said that a young boy ran out of a nearby fishermen colony and exploded himself about 15-20 metres from the convoy.

Veteran US diplomat Nicholas Burns has been nominated by President Joe Biden to serve as US ambassador to China, the White House said on Friday, signalling the administration may be looking for the envoy to play a more central role in the increasingly fractious relations between the two global rivals.

The choice of Burns, a retired career foreign service officer who served as under secretary of state between 2005 and 2008, marks a shift for the role of the ambassador to Beijing, the ranks of which over the past decade have been filled by former politicians, not seasoned diplomats.

If confirmed by the Senate, Burns would head to China as the two countries’ ties are at their lowest point in decades, and fill a post left vacant since October, after former president Donald Trump’s envoy to China, Terry Branstad, stepped down.

New James Bond movie release to go ahead in September

The new James Bond movie No Time To Die on Friday set a world premiere date for late September, despite speculation in the entertainment industry that the film’s release might be delayed for a fourth time because of the coronavirus epidemic.

A posting on the official @007 Bond Twitter account said the red carpet world premiere for the Universal Pictures and MGM film would take place in London on Sept 28, ahead of the planned Sept 30 release date in British movie theatres. It is due to be released in the United States on Oct 8.

The date for No Time To Die has been moved three times from its original April 2020 slot since the outbreak of the pandemic in March 2020 as movie theatres around the world closed their doors and restrictions were placed on audience capacity.