Brussels expects the bloc to go into a deep recession this year because of the coronavirus outbreak, which has paralysed economic activity across the 27 member states. “We have asked the EU for help but it has not, as yet, responded to all our demands,” Agriculture Minister Didier Guillaume told Europe 1 radio, as he voiced his “disappointment” at the bloc’s failure to take immediate action. Mr Guillaume has repeatedly called on the European Commission, the bloc’s powerful executive arm, to help milk and wine producers who face a surplus of production due to slack demand caused by the health crisis that has cut off vital restaurant and export trade.

French dairy farmers fear the drop in demand will lead to a huge surplus of milk just as the spring gazing season boosts cow’s productivity, with the risk of prices crashing.

“We are in an extraordinary crisis; we need responses that are not ordinary. The Commission, the EU, the European Commissioner must move,” Mr Guillaume warned earlier this month.

At the end of March, 40 million litres of milk – 18 percent of the total volume collected weekly – were in surplus and had to either be redirected towards storage for butter and milk powder or dumped.

Weaker demand and staff absences due to the epidemic have also disrupted factories in the dairy sector and elsewhere in the food industry.

For French wine producers, the loss of demand from shuttered restaurants and disrupted export markets comes on top of punishing US tariffs of 25 percent as part of Washington’s response to illegal EU aircraft subsidies. 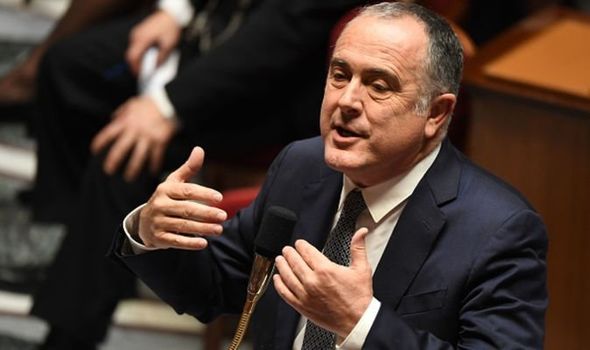 “The wine sector has already suffered a lot with the US taxes,” Mr Guillaume said.

The bloc’s chief agricultural official Janusz Wojciechowski, however, has said that billions of euros in unspent rural development could be diverted to struggling farmers.

The Commission has also proposed to increase cash advances to farmers under the EU’s Common Agricultural Policy and give them more time to apply for support.

Member states, however, strongly disagree over how much help should be provided at EU level to counter the economic impact of the coronavirus crisis. 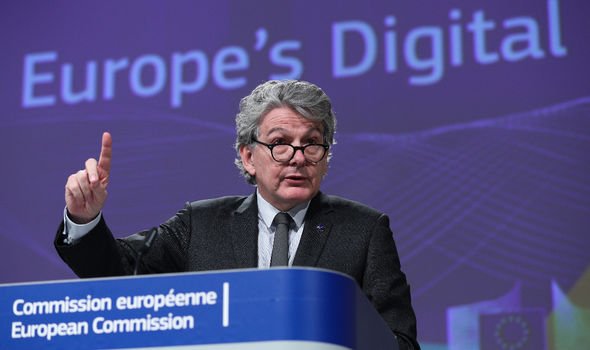 Hard-hit, poorer southern nations such as Italy and Spain have called for the issuance of joint debt; but the richer, fiscally conservative north has urged more restraint in rolling out targeted aid schemes.

The bloc’s industry chief Thierry Breton, for his part, said later on Tuesday that an economic support package to help the EU recover from the crisis could need to be worth around 1.6 trillion euros (£1.4 trillion).

EU officials expect the bloc to go into a deep recession this year because of the deadly outbreak, which has brought economic activity to a virtual halt across the 27 member states.