Memorandum of understanding between the Wet’suwet’en, BC and Canada charts a path towards negotiations on land rights. 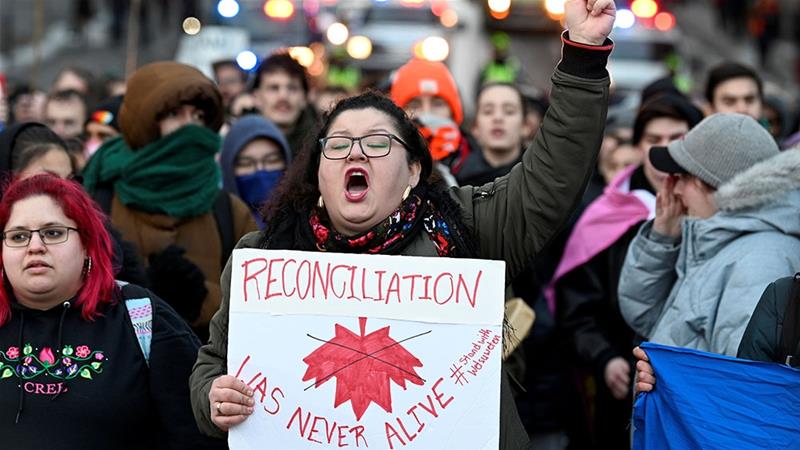 Wet’suwet’en hereditary chiefs have signed a memorandum of understanding with Canada and the British Colombia (BC) provincial government that charts a path towards negotiations on Aboriginal title, the latest move in a dispute that gripped parts of Canada earlier this year.

The deal was struck in February and signed in a videoconference event on Thursday. Under the agreement, Canada and BC will immediately recognise that Wet’suwet’en rights and title are held by the nation’s house groups “under their system of governance”. They also commit to begin negotiations on legal recognition of Wet’suwet’en title to their 22,000 square kilometres of traditional territory.

“It was very emotional for all of the hereditary chiefs because we all remember what our elders who have passed on said, Tsayu clan chief Na’moks was quoted by Canadian media as saying. “We all know that this was their goal.”

The agreement does not resolve a dispute between the hereditary chiefs and the Coastal GasLink pipeline, which gained nationwide attention earlier this year as blockades and protests took place across the country against a pipeline project that will cut across traditional Wet’suwet’en lands in BC.

It does, however, pick up from where a Supreme Court case on title and land rights left off, Wet’suwet’en hereditary chiefs previously said.

The Canadian Supreme Court ruled in 1997 that The Wet’suewet’en Aboriginal title, held by the hereditary chiefs, had not been extinguished, but the court did not legally recognise the nation’s title. It instead sent the case back for a new trial and encouraged negotiations. 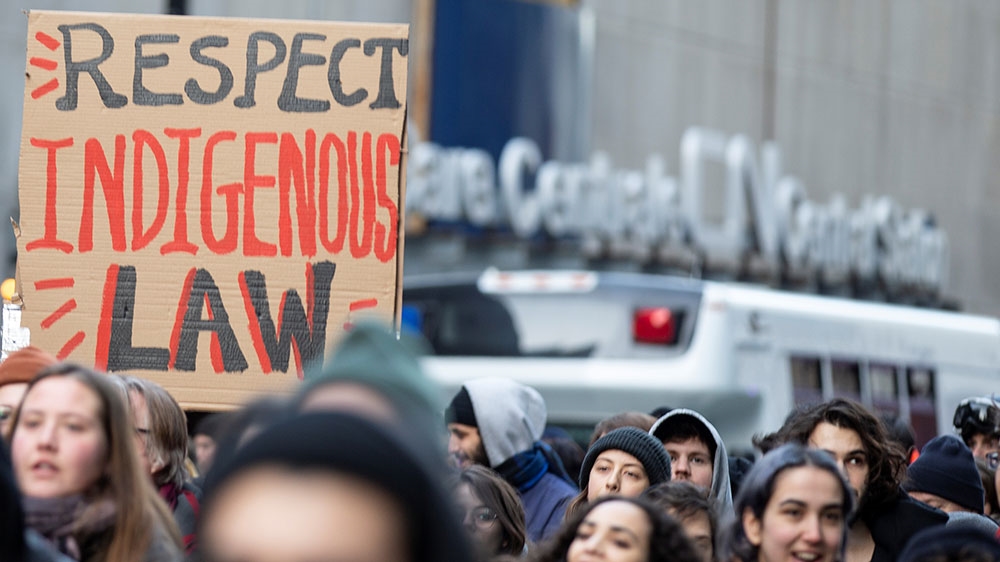 Thursday’s signing has created a pushback, however, within the Wet’suwet’en Nation.

The nation consists of six band councils whose leaders are elected by the band members and have the power to administer the day-to-day operations on the reserves.

In a statement earlier this week, four elected band council chiefs said they were not properly consulted about the memorandum of understanding and the process that led to it.

“They treated us improperly and failed to adequately inform us regarding the proceedings and processes that have taken place to date,” the statement said, adding that they were only presented with the agreement last week.

“They are not following the responsibility of the hereditary chiefs,” the statement said. “To ignore their clan members and elected councils, something is terribly amiss.”

Five of the elected band councils within the Wet’suwet’en have reportedly reached agreements with Coastal GasLink for the pipeline, but the hereditary chiefs, who say they were not properly consulted, oppose the project.