Footage shows pro-Kremlin political philosopher cradling his head in his hands at the scene of the car bomb explosion that killed his daughter near the village of Bolshie Vyazemy, outside Moscow. The close ally of Vladimir Putin is believed to have narrowly escaped death after switching cars at the last minute on the way back from a Russian far-right “Tradition family festival” at which he was a guest speaker. 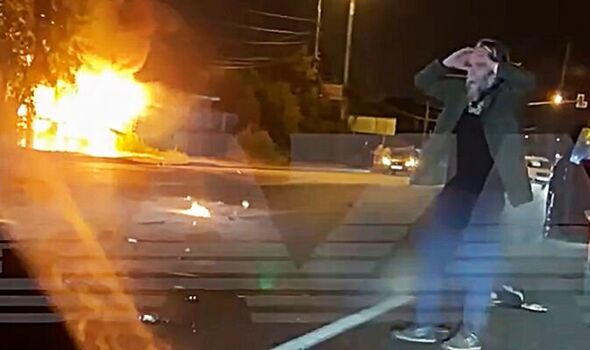 Dugin’s 35-year-old daughter Darya Dugina was a prominent Russian TV pundit and Putin apologist in her own right.

The 60-year-old was arrived at the got to the scene of the explosion only few minutes after the blast which killed Darya.

Shocking footage has captured the moment the grieving father witnesses the aftermath of the explosion with the car Darya was travelling in reduced to a fireball.

Despite no direct evidence linking Ukrainian agents to the attack, Putin supporters are demanding the Russian leader take swift revenge of Kyiv.