Vladimir Putin has told his annual news conference that Russia is developing new “hypersonic weapons” in response to a new arms race, which he says was triggered by the US.

The Russian leader wants the US to agree to a one-year extension of the START treaty, which maintains a nuclear balance between the two nations and expires in February.

Mr Putin added that he believed US president-elect Joe Biden was open to talking about negotiations on the issue, but wanted more cooperation with Washington. 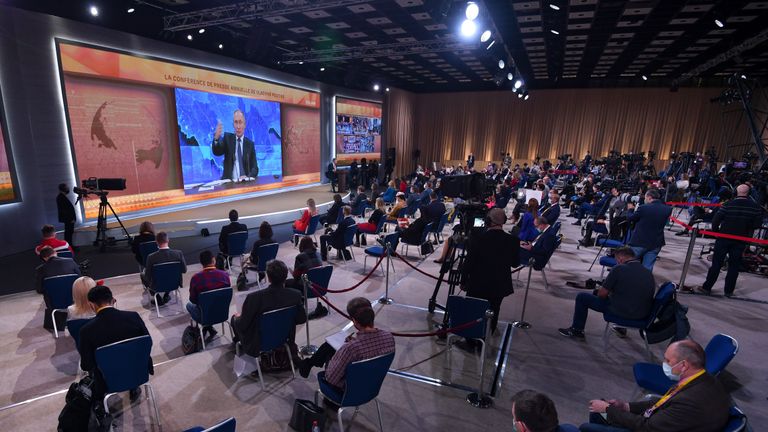 As part of his wide-ranging annual news conference, he denied long-running claims that Russia meddled in the 2016 US election in an effort to put Mr Trump in the White House.

Mr Putin has long been accused of helping get Mr Trump elected in the US, but told reporters that state hackers had nothing to do with the election.

Russia claimed it was the first country in the world to give the green light to a coronavirus vaccine, with its Moscow-developed Sputnik V jab.

Mr Putin told reporters that he has not yet been vaccinated with Sputnik V, but that around 70 million citizens have been.