Vladimir Putin delivered his annual address on Wednesday where the ruler spoke about climate change and Russia’s handling of the COVID-19 pandemic. But the Russian leader delivered a strong warning to those in the west following Russia’s military build-up on the Ukraine border. Putin said Western powers were always “picking on” Russia and said any interference in its affairs could escalate things dramatically.

Speaking at the speech, President Putin said: “I hope no one dares cross the red line with Russia and we will determine where that line is in each specific case.”

Tensions on the Ukrainian border and the Black Sea have continued on as Russia increases its military presence there.

The US withdrew two US warships from entering the Black Sea after President Biden spoke with Putin to arrange a summit.

Putin added during the speech, however: “Those who organise any provocations threatening the core security interests of Russia will feel sorry for their deeds like never before.” 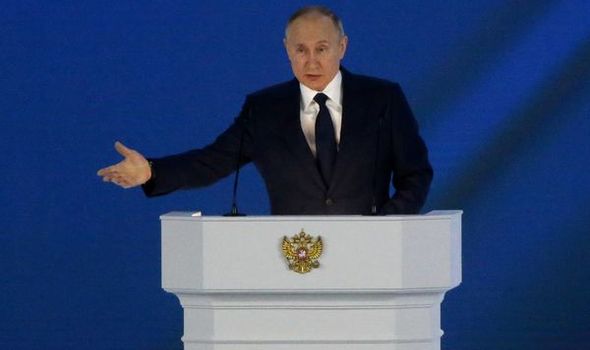 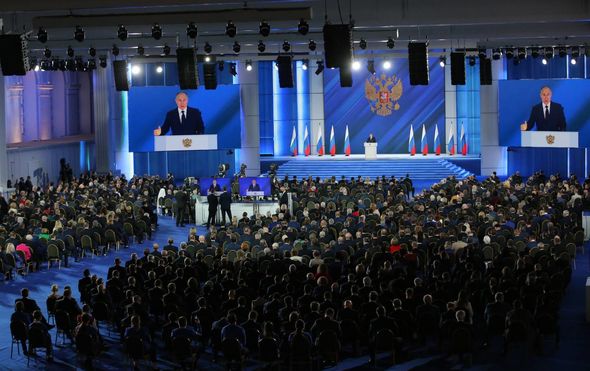 Ukraine has pleaded with NATO to fast track its membership as they grow concerned over a Russian invasion similar to Crimea’s annexation.

Russia has ramped up military exercises near the region as it deploys 20 wars ships in the Black Sea – blocking Ukraine’s access to the Sea of Marmara.

While other powers watch on carefully many are attempting to reduce issues in the area by attempting to broker agreements between Russia and Ukraine.

But Putin said during the annual speech: “We don’t want to burn bridges but if somebody interprets our good intentions as weakness our reaction will be asymmetrical, rapid and harsh.” 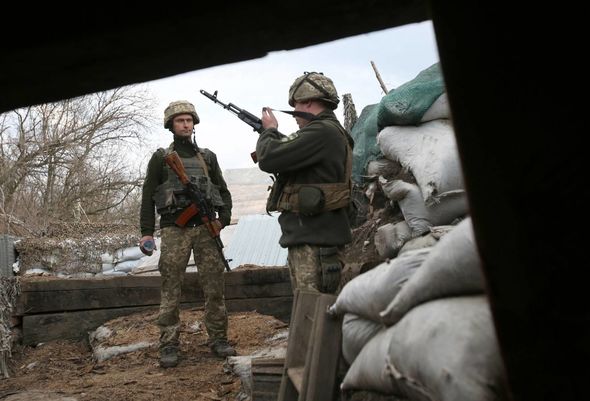 The Wednesday speech noticeably did not mention opposition leader Alexei Navalny who has been on a hunger strike while in captivity.

Supporters of Mr Navalny have taken to the streets to protest for his release as Russian authorities declare them illegal.

But thousands have defied the ban and took to the streets throughout the week with over a thousand reportedly arrested.

Putin made no reference to Mr Navalny and the growing opposition to his regime but did focus on the growing tensions in Ukraine. 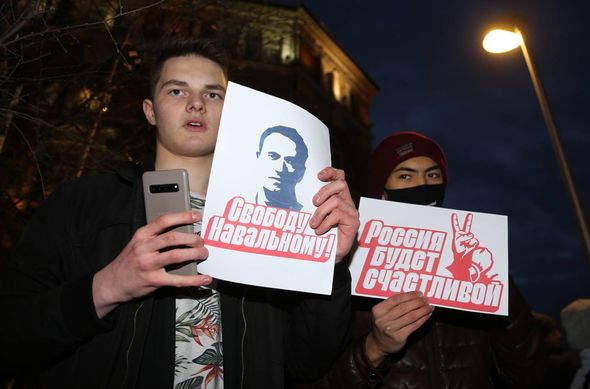 The speech also focused on Russia’s handling of the pandemic as President Putin is aiming for “collective immunity” by autumn.

Russia has also ramped up production of its vaccine Sputnik V as countries around the world turn to the superpower for their supply.

Putin also addressed the falling life expectancy in Russia and said he would like to increase the average to 78 years by 2030.