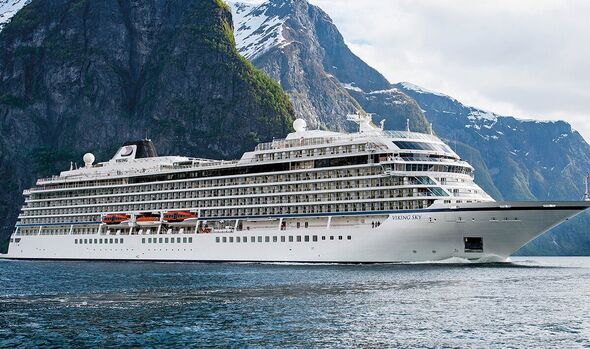 A cruise ship has been stuck at sea off South Australia after a fungus outbreak growing on the ships’s hull.

The Viking Orion has been refused entry at multiple ports, leaving the passengers on board stuck at sea for five days.

As reported by 10 News First in Australia, the ship’s route was supposed to take it from Sydney to Auckland, then New Zealand’s capital Wellington.

However, the ship was blocked from entering Wellington and then Christchurch further south in New Zealand.

The Viking Orion then made its way to Hobart on Australia’s island state of Tasmania, but was again refused entry.

Now, the ship is headed to western Australia where it will reach the city of Adelaide.

However, passengers still on board have received a statement from staff at the Viking Orion explaining that they will not be able to stop at Adelaide, and will instead anchor 17 miles away from the coast.

Divers will then be sent out to clean the hull in the hope that the ship will be able to make its way to Melbourne.

Passengers have been left furious by the ordeal, with many already receiving promises of compensation once the cruise is finished.

One passenger on board, John Davidson, told 10 News First: “We have been told we will be compensated. Currently, it’s 50 percent but we think that offer is going to be improved going forward.”

The hundreds of people on the ship hoping to spend their New Year’s Eve in Melbourne will be waiting nervously to see if their holiday from hell will end anytime soon.