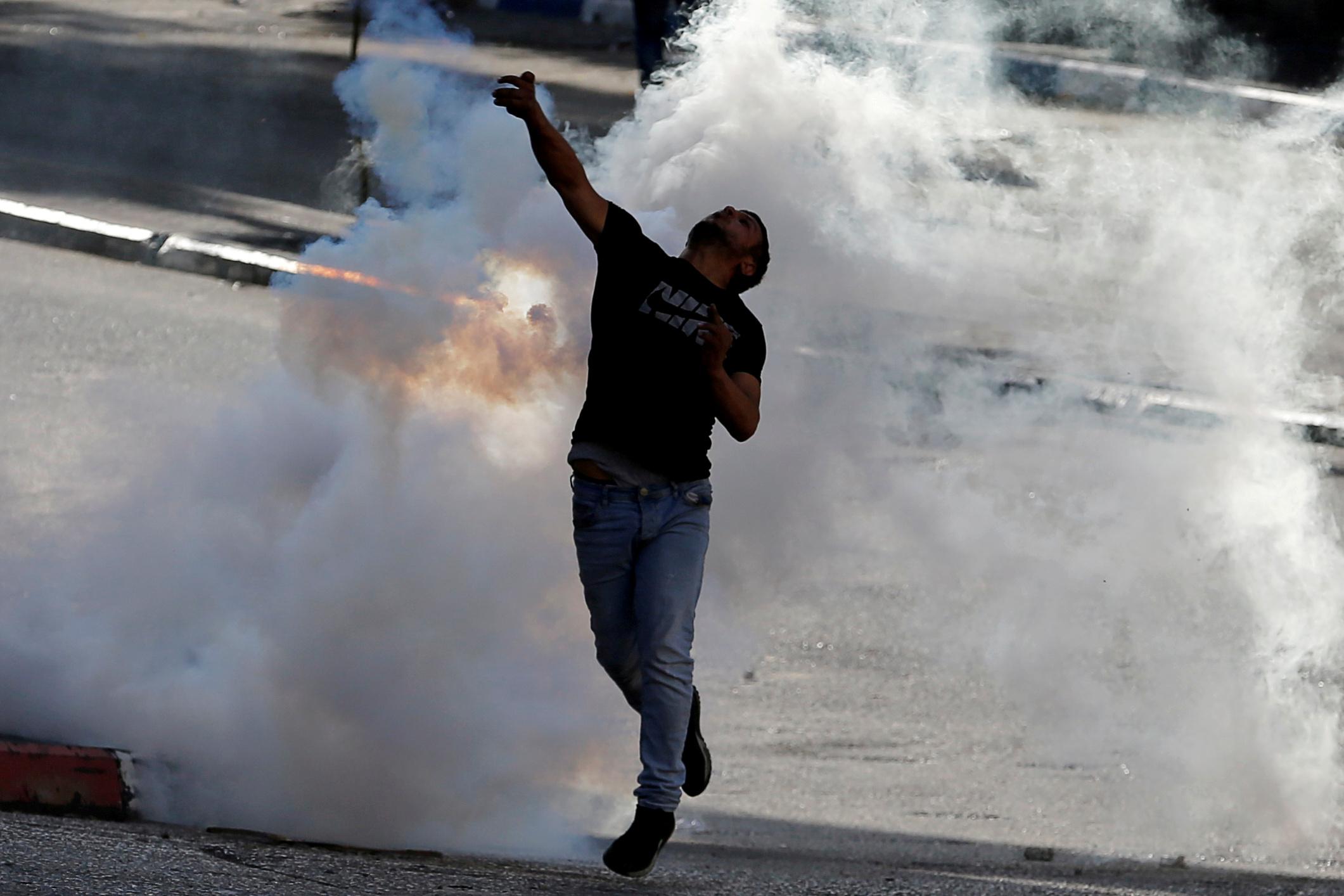 Jean Asselborn wrote to his EU colleagues on Dec. 1 to warn that a lasting, two-state solution for Israel and the Palestinians was being “dismantled piece by piece, day after day”, according to the letter, reviewed by Reuters.

In an assertive move for Luxembourg, a country of just 626,000 people but a founder member of the European Union, Asselborn urged the bloc to “speak with a strong and unified voice” and defend a world “where the rule of law prevails, not the rule of the strongest”.

Trump’s highly contested plan duly offered U.S. recognition of Israel’s settlements dotted across the West Bank, and Israeli sovereignty over the Jordan Valley — land captured in the 1967 Middle East war and claimed by Palestinians for their own future state. Israeli Prime Minister Benjamin Netanyahu has set July 1 as the date to begin moving forward on the annexation.

The United Nations Security Council has said that settlements violate the Fourth Geneva Convention, which has been ratified by 192 nations and stipulates that a country cannot “deport or transfer parts of its own civilian population into the territory it occupies”. Israel disputes this, citing biblical, historical and political connections to the land.

Trump has reversed decades of U.S.-led diplomacy by backing Israeli annexation, with a White House statement arguing that his plan “creates a path to prosperity, security, and dignity for all involved”. European Union officials fear an Israeli unilateral move will undermine years of peace-making efforts.

“The prospect of a viable two-state solution is the only way forward to ensure peace,” Sven Kühn von Burgsdorff, the EU representative to the West Bank and Gaza, told Reuters.

However, a Reuters examination based on internal documents and interviews with more than two dozen diplomats and officials shows there is no clear EU strategy either on how to stop Israel’s plan or to respond in a meaningful way if annexation goes ahead.

Where once the European Union spoke with unanimity on Middle East peace, with bigger nations like France and Britain able to dominate discussion, such unity has proved hard to maintain over the past decade as smaller countries became more assertive and Israel successfully forged strong ties with newer member states, EU diplomats said.

Prime Minister Benjamin Netanyahu’s office declined requests for comment on efforts to secure backing within Europe for annexation. An Israeli official familiar with the issue said Europe and Israel shared many partnerships in various fields and that it was important not to undermine them. “In our view, partners should not threaten each other or speak above each other’s heads,” the official said.

A senior EU diplomat, who declined to be named because of the sensitivity of the issue, acknowledged that the bloc will almost certainly fail to reach the unanimity required for joint action should annexation take place.

“It’s hell in the EU to try to get a common position on this,” the diplomat said.

With possible annexation looming, a group of at least eight smaller EU states, led by Luxembourg, is attempting to take on Netanyahu, seeing itself as the conscience of Europe and emphasizing the need to stand up for international law in part because the bloc is itself bound together by laws.

While most are diplomatic minnows, they have equal say in the EU’s consensus-based, decision-making councils. In Middle East policy, they feel the weight of history far less than Europe’s most powerful nation, Germany, which still carries the burden of guilt over the Nazi crimes of World War Two.

Ranged against Luxembourg and its allies are countries including Hungary, the Czech Republic, Slovakia, Austria, Greece, Latvia, Cyprus and Poland, all of which, to one extent or another, have shown themselves ready to defend Israel’s interests, according to diplomats, cables and meeting minutes detailing the diplomatic discussions among the EU’s 27 governments in Brussels.

Internal EU minutes from meetings on May 6 and May 13, when EU envoys discussed Asselborn’s call to action, highlight the split.

“No unilateral steps,” the Czech envoy told the May 13 gathering, ruling out the prospect of the EU adopting punitive measures should Israel press ahead with annexation. Hungary then blocked any attempt to draw up a joint statement for a meeting of EU foreign ministers on May 15.

Of the bigger EU states, France, with the largest Jewish and Arab populations in Europe, and Spain have largely aligned with Luxembourg, but they maintain a lower profile in discussions, four EU diplomats said. Both countries have spoken out publicly against annexation, but have not said how they might respond.

Denmark and the Netherlands sit in the middle along with Germany and Italy, critical of Israel at times but not overtly pro-Palestinian. One senior EU diplomat said Berlin was against annexation and if Israel proceeded with its plan, it would come “at a price”. However, the diplomat said EU economic sanctions were simply too sensitive for Berlin to consider. “Germany will not push for that.”

Asselborn, 71, who has served as Luxembourg’s foreign minister since mid-2004, said the issue of annexation went beyond the Middle East.

“We cannot cut international law into pieces. There are principles that need to be upheld,” he told Reuters in a telephone interview.

“You’re speaking to a Luxembourger. I can tell you, our country is a small country, but we were occupied twice in the 20th century. Without respect for international law, we would no longer exist,” he said.

The European Union is Israel’s largest trading partner, with nearly a third of Israel’s exports going to the bloc. Belgium is among the countries that feels the EU could use this leverage, and has asked the European Commission, the EU’s executive, to draw up a list of possible punitive measures on Israel, including on trade, an EU diplomat said.

In his December letter to other EU ministers, Asselborn suggested nations should consider a unilateral recognition of a Palestinian state – something only Sweden has done to date.

EU foreign policy chief Josep Borrell said in February that annexation “if implemented, could not pass unchallenged”. However, the lack of consensus means he has been unable to flesh out what any such challenge might contain.

“Big countries never had a problem imposing counter measures against Russia over Crimea’s annexation, so why can they not do it on Israel? We need coherence,” Simon Moutquin, a Belgian Green lawmaker, told Reuters.

EU diplomats, officials and experts point to a strong presence of pro-Israel advocates in Brussels, with at least 10 lobby groups opening offices in the city over the past 17 years as Israel looked to bolster its international image in the wake of the second Palestinian intifada and three wars in Gaza. Israel’s own diplomats are also viewed as extremely efficient.

“The Israelis are very active in Brussels,” said European parliamentarian Antonio Lopez-Isturiz White, a Spaniard who chairs the assembly’s delegation with Israel. 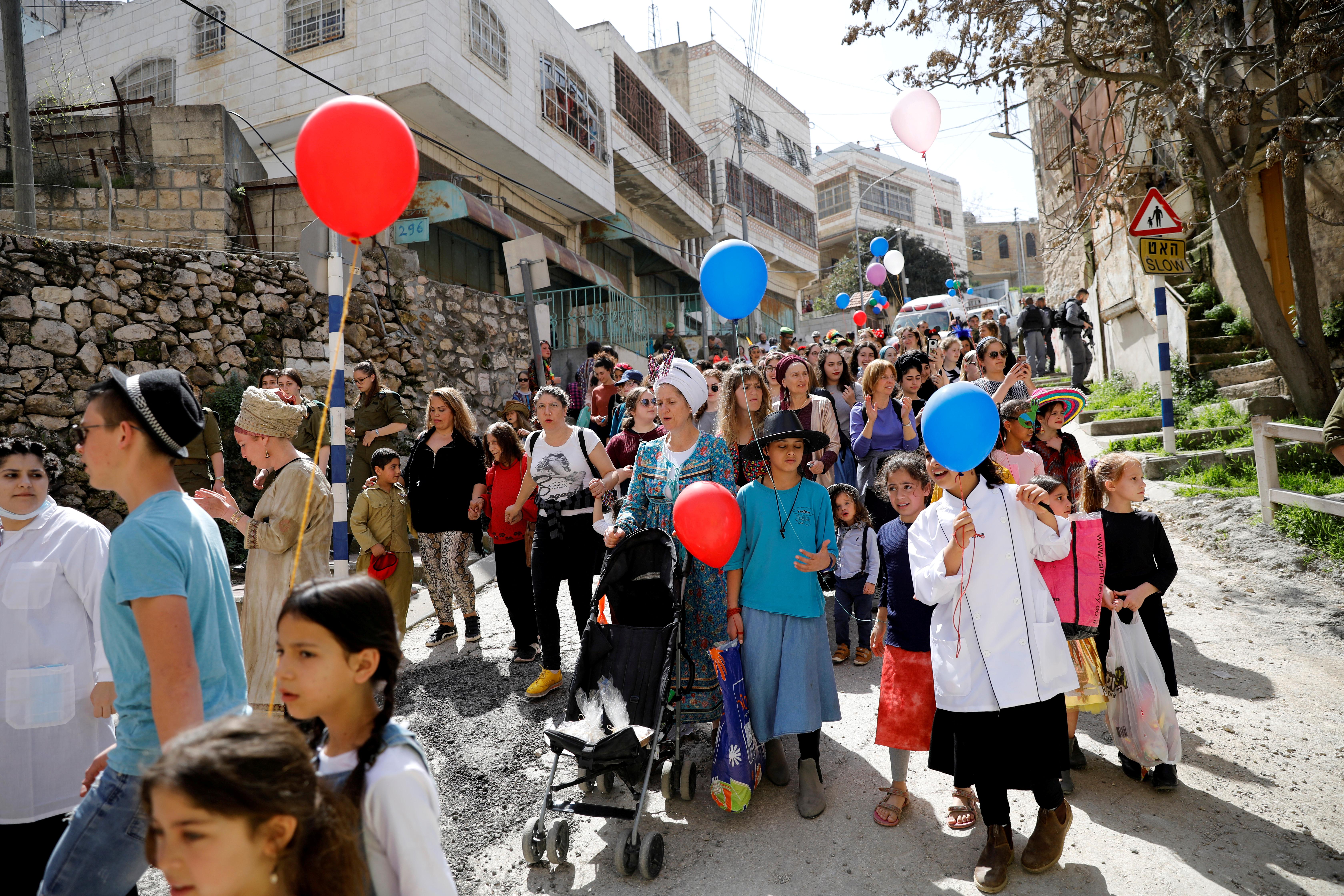 Perhaps the most significant relationship Israel has forged over the past decade is that with Hungary’s nationalist prime minister, Viktor Orban, EU diplomats say. Through Hungary, Israel’s ties have improved with the Visegrad Group, an alliance combining Hungary, the Czech Republic, Slovakia and Poland, which carries its own weight within the EU.

In Orban, Netanyahu has found an ally prepared to block statements or actions critical of Israel, even in the face of heavy pressure from other European capitals, EU diplomats say. Thanks in part to his blocking tactics, the EU has not been able to agree to a legally binding position on the Middle East peace process since 2016.

“Hungary … will continue to oppose unilateral and unjust international political approaches against Israel,” Hungarian Foreign Minister Peter Szijjarto wrote on Facebook on June 10, as Germany’s foreign minister flew for talks to Jerusalem to warn against annexation.