CARACAS (Reuters) – Venezuela capital Caracas’ largest produce market is at the center of a worsening COVID-19 outbreak, but cash-strapped merchants refuse to stop hawking food there for the city’s 5 million residents, many of whom are starving. 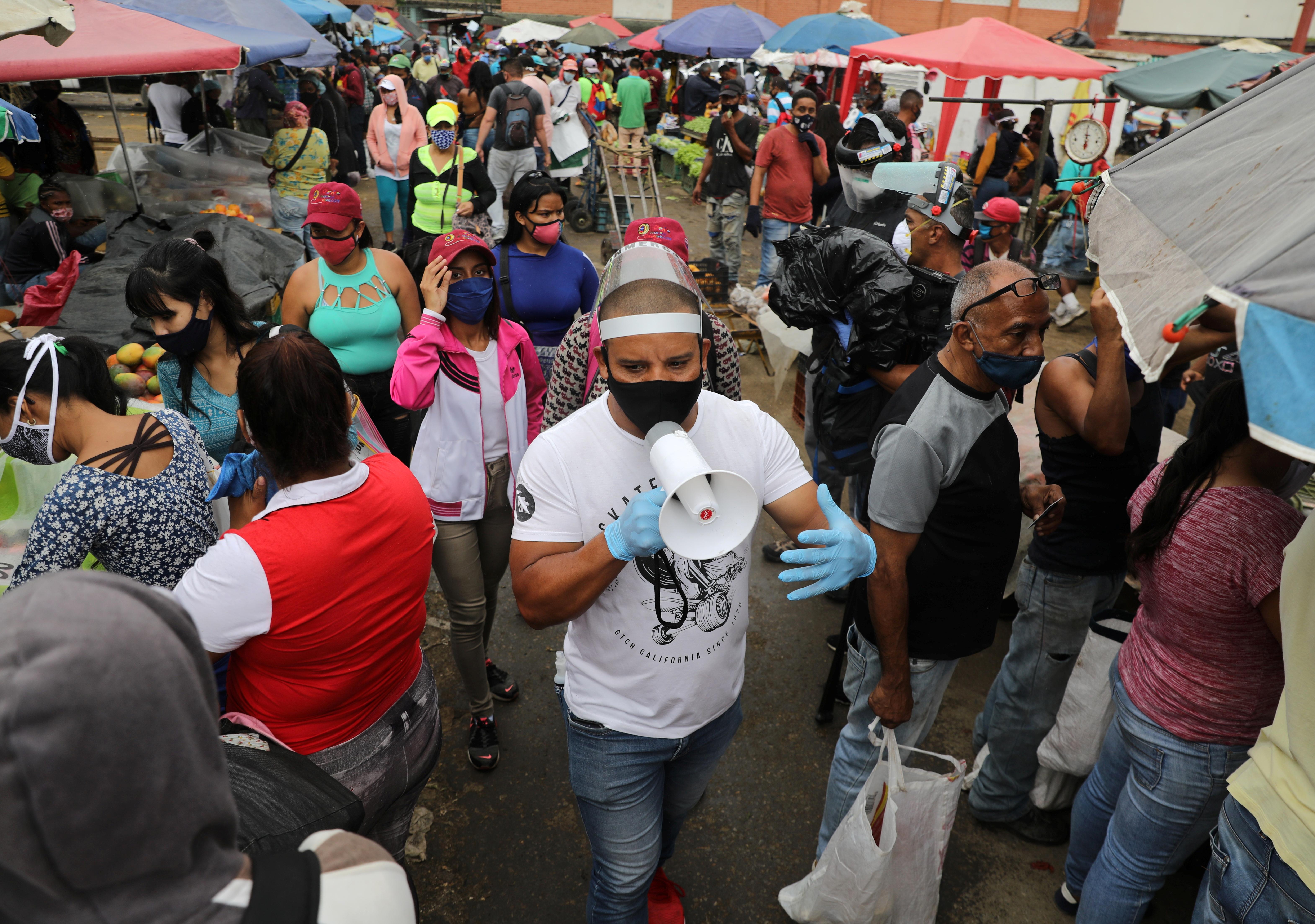 Three days a week – down from six before the pandemic – some 10,000 people, including retailers and consumers, pack into the state-run Coche Wholesale Market. The produce is trucked out to the city’s supermarkets, providing a lifeline amid Venezuela’s six-year economic crisis.

“Caracas depends on this market,” its administrator Walter Rivera said in an interview, adding that about 17,000 tonnes of goods are sold there each month.

But the open-air bazaar, where people pay little heed to social distancing though most wear masks, upsets President Nicolas Maduro’s government’s efforts to stop an accelerating number of coronavirus cases from overloading Venezuela’s dilapidated health system. So far authorities have confirmed 20,206 cases and 174 deaths, though the opposition and medical NGOs warn that testing is insufficient.

On July 29, authorities limited the opening hours of wholesale markets across the capital to between dawn and 2 p.m.

Coche is a “potential site of high contagion” due to its lack of social distancing, Jose Manuel Olivares, a health advisor to opposition leader Juan Guaido, said in an interview.

Maduro ordered harsh lockdown measures in March which slowed the virus’ spread, but basic goods shortages forced many merchants to return to wholesale markets to make a living.

“If you don’t go out every day you don’t eat,” said Moises Rojas, 23, who sells carrots, potatoes and onions in Coche.

Rojas, one of the market’s 3,500 workers, said on pre-pandemic days he could sell three 45-kilogram sacks of carrots. Now, he may sell only 5 kilos.

Some traders lugging sacks and pushing carts around the market said they feared getting infected, but they were more afraid the government would stop them working.

“It would get ugly for us,” said Angel Serrano, who has spent 32 of his 44 years selling there. “This supports all of us here.”

Coche administrator Rivera said in the last few weeks they carried out 4,500 rapid antibody tests there, with only one positive result. “We’re working so that they don’t shut the market,” he said.