Cardinal Sarah, whose ideology on how the Catholic church should move forward clashed with Francis, was a huge supporter of Benedict during the former pontiff’s time in office. After Benedict resigned in 2013, the former pontiff and Cardinal Sarah have maintained their strong bond, particularly over a shared desire to see the Catholic church uphold a number of its traditional values, including on subjects such as celibacy. The move for Francis to accept Cardinal Sarah’s resignation, which was routinely offered after he reached the retirement age for bishops of 75 last year, could be seen as a bitter blow to Benedict, and his ambitions to ensure a liberal agenda in the Vatican is eased.

Francis decided to let Cardinal Sarah go from his position as liturgy prefect, a role he had carried out for seven years.

It was unusual as Francis has in recent times allowed some cardinals to continue with their duties after they pass retirement age.

It could be seen in some quarters as another way Francis is attempting to silence traditionalist voices, including the likes of Benedict, as he presses on with his plot to modernise Catholicism.

Cardinal Sarah has regularly offered differing standpoints to Francis after he was installed as part of the liturgy in 2014, a year after the pontiff was appointed. 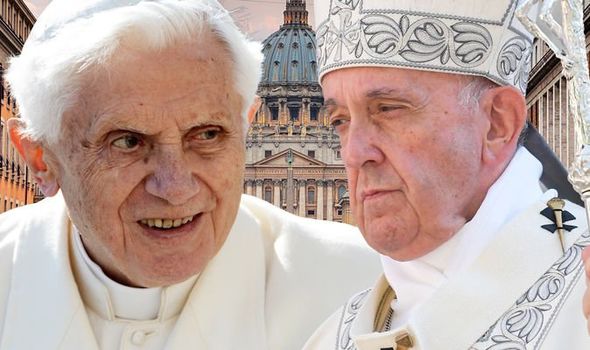 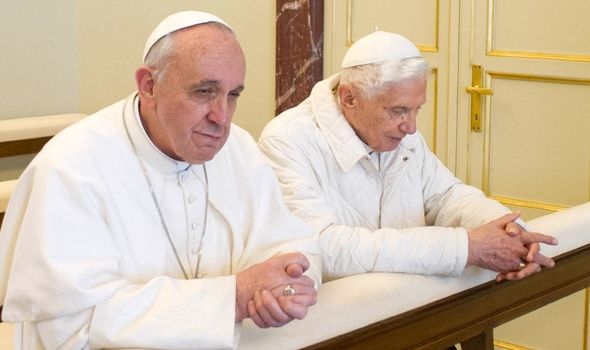 Their opposition to one another, saw Francis publicly rebuke Cardinal Sarah when he famously claimed the relationship between the Holy See and bishops on liturgical translations was “like that of a parent towards a child’s homework or an academic supervisor to a student”.

For many inside the Vatican, Cardinal Sarah was seen as a successor to Francis, with his traditionalist views on how Catholicism should be implemented striking a chord with more conservative members of the church.

But Cardinal Sarah’s position became strained, and as opposed to Francis removing him directly, he decided to fill the liturgy department with a number of appointments who opposed his views.

Instead, those installed shared the views offered by the more centrist Archbishop Arthur Roche, the Leeds-born priest who was Cardinal Sarah’s second-in-command.

JUST IN: Pope Benedict ‘pushed’ into resignation and ‘did not wish to go’ 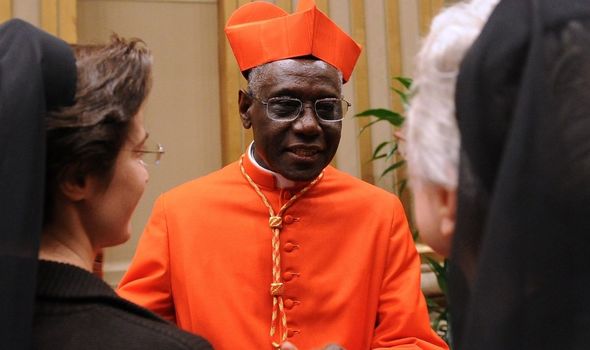 It made his position strained, and in a farewell post he promised his supporters they “will meet again very soon in Rome and elsewhere”.

The relationship between Francis and Cardinal Sarah had become tense, particularly as the latter enjoyed a strong bond with the former’s predecessor Benedict.

Benedict was known for his staunch beliefs in ensuring archaic aspects of the church, including celibacy, were maintained – an ideology shared by Cardinal Sarah.

This led to observers, including The Africa Report journalist Christophe Le Bec, to describe how Cardinal Sarah had been a “thorn in Francis’ side”, continually opposing the pontiff’s plea for more modernisation with the Vatican. 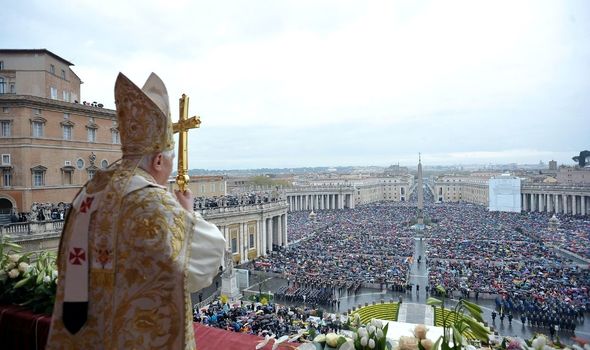 Mr Le Bec wrote in 2019: “The Guinean cardinal’s strong opinions differ so much from those of the Argentinian supreme pontiff that traditionalist Catholic movements in search of high-ranking clergymen to promote their point of view have made him their champion.”

He cited an episode where Francis had told Catholics to “go to the peripheries of the church and the world” to welcome the “marginalised and the non-believers” into the faith two years ago.

This incensed Cardinal Sarah, who said the church was going through a “great crisis”, and swiped at Francis during an interview with Current Values.

He said “they want people to say that the church is open, welcoming, attentive, modern”, adding: “But the church is not made to listen, she is made to teach: she is Mater et magistra, mother and educator.” 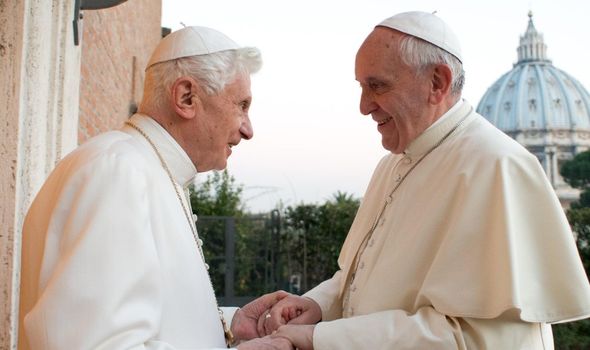 Yet, Cardinal Sarah did try to distance himself from criticism as he addressed claims he was an opponent of Francis, by saying: “Who is against the Pope is outside the Church.”

Last year, alongside Benedict, Cardinal Sarah co-authored a controversial book that appeared to attack Francis’ views on relaxing the laws of celibacy.

At the time, Francis was deciding whether this should be cooled, as worshippers in regions such as the Amazon, demanded married men be allowed to become priests.

The book, titled From the Depths of Our Hearts, was highly critical of any approval of such a move. 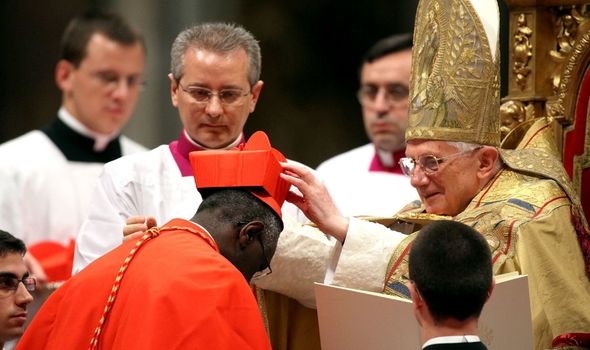 Within the text, Benedict and Cardinal Sarah said that “given that the conjugal state affects all men, and that the service of the Lord requires also a complete giving of man, it does not seem possible to realise both vocations simultaneously”.

The former pontiff had originally vowed to let his successor carry out his own designs for the church, and YouTube channel Rome Reports said that the move therefore disappointed those close to the Vatican.

It reported: “Some are surprised that Benedict has published a book on this issue.

“According to Pope Emeritus’ secretary, he is in no condition to give speeches on complex topics despite being coherent.”

The channel claimed that Cantagalli, the book’s publisher, said the two co-authors were only “in search of the truth in love for the unity of the church” and in no way criticised Pope Francis.

Clemente Lisi, assistant professor of journalism at The King’s College in New York, also argued that Cardinal Sarah could be a natural choice to replace Francis, as there was a yearning for a more traditional church after years of liberalism.

In 2019, he said Cardinal Sarah’s alignment with Benedict, who was popular among more conservative worshippers, would make him a hit with those already in the church.

In a piece for Religion Unplugged, he said: “Criticism of Francis’ papacy is especially felt across conservatives in North America and Western Europe, where the growth of political populism in the Donald Trump and Brexit era has put Pope Francis’ views on climate change and immigration to the left of many Catholic voters.

“The Vatican press office, and the mixed messaging to come out of Rome in recent years, hasn’t helped fill this divide. If anything, it has grown larger in recent years.”