The US plans to use more than $60m in money owed to the World Health Organisation to pay other debts to the UN. 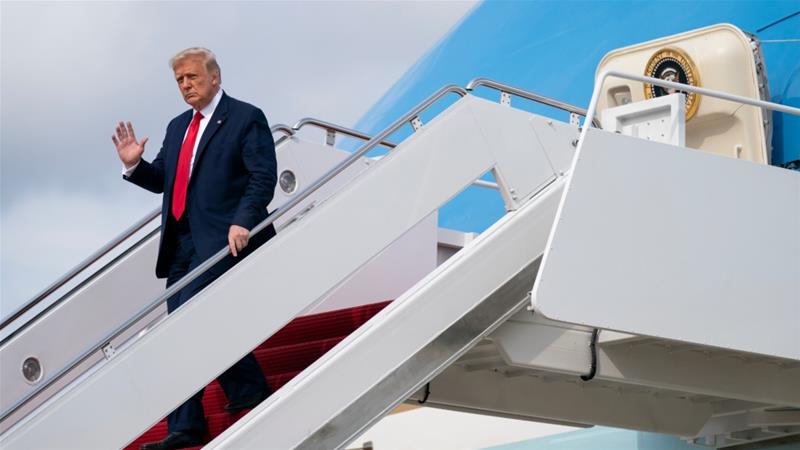 The administration of United States President Donald Trump said Wednesday that it will not pay more than $60m in dues it owes to the World Health Organization (WHO) and will use the money instead to pay down other contributions to the United Nations (UN).

The announcement came just a day after the White House announced the US would not participate in a WHO-run project to develop and distribute a COVID-19 vaccine.

The decision to withhold roughly $62m in outstanding 2020 dues to the WHO is part of Trump’s decision to withdraw from the organisation over its handling of the coronavirus pandemic and his allegations that the agency has been improperly influenced by China.

Despite proceeding with the withdrawal, administration officials said the US will continue to participate in select WHO meetings and make one-time contributions to specific programmes during a one-year wind-down period.

Those programmes include polio eradication projects in Afghanistan and Pakistan, humanitarian relief in Libya and Syria and efforts to combat influenza. 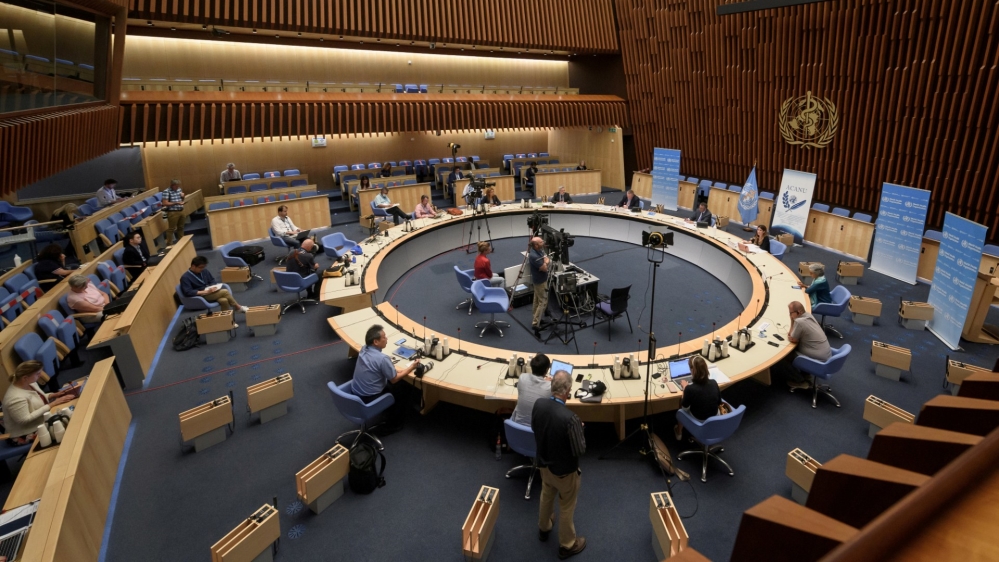 The funding decisions follow Trump’s announcement in July that he was withdrawing the US from the WHO effective July 2021 and instructing his administration to wind down funding and cooperation with the agency.

During the one-year wind-down, the officials said the US would continue to participate in select WHO technical and policy meetings that have a direct bearing on US health, commercial and national security interests. “We will consider those on a case-by-case basis,” Deputy Assistant Secretary of State for International Organizations Nerissa Cook told the Associated Press.

The officials – from the US Agency for International Development, the US Department of State, and the US Department of Health and Human Services (HHS) – did not say which other UN agencies would get the $62m being withheld from WHO or whether it would be used to pay down US arrears to the world body’s general fund.

Nor was it clear whether or how the US would handle tens of millions of dollars in back dues it owes to the WHO. Under US law, arrears must be paid before the US can withdraw from most international organisations.

The one-time exemptions for specific programmes will apply to up to $40m in funding for flu vaccination programmes, according to Garrett Grigsby, the director of the HHS global affairs office, and up to $68m for polio and Libya and Syria operations, according to USAID’s Assistant Administrator for Global Health Dr Alma Golden.

On Tuesday, the administration announced it would not work with the coronavirus vaccine project because it does not want to be constrained by multilateral groups like the WHO.

Some nations have worked directly to secure vaccine supplies, but others are pooling efforts to ensure success against a disease that has no geographical boundaries. More than 150 countries are setting up the COVID-19 Vaccines Global Access Facility, or COVAX.

That cooperative effort, linked with the WHO, would allow nations to take advantage of a portfolio of potential vaccines to ensure their citizens are quickly covered by whichever ones are deemed effective.

The WHO says even governments making deals with individual vaccine makers would benefit from joining COVAX because it would provide backup vaccines in case the ones being made through bilateral deals with manufacturers are not successful.