Infrequent testing and concerns over health threats cause many to hesitate as some US states begin opening. 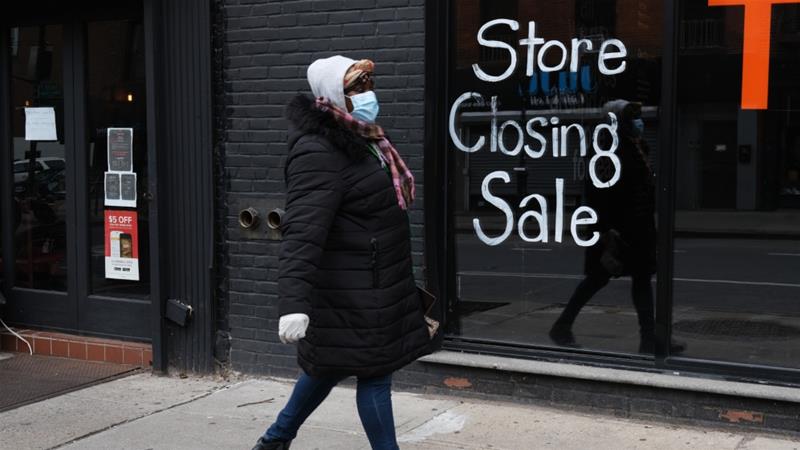 State and national leaders in the United States signalled an increasing willingness to curtail coronavirus-related lockdowns even as increased testing showed that the number of people infected by the virus surpassed one million for the first time on Tuesday.

More than 57,000 people have died from complications of COVID-19, the disease caused by the coronavirus, public health officials at Johns Hopkins University reported on Tuesday.

The number of reported US cases has doubled in the last 18 days, and now accounts for one-third of all infections in the world. About 30 percent of the cases have occurred in New York state, followed by New Jersey, Massachusetts, California and Pennsylvania.

Despite the grim milestone, US President Donald Trump was at the forefront of calls to kickstart the country’s economy. In a Monday news briefing, he urged some state leaders to “start thinking about school openings, because a lot of people are wanting to have the school openings”.

Educational institutions were closed across the nation at various points throughout March as the pandemic took hold in the US.

Talk of schools reopening comes as some states – particularly rural ones – begin reopening shuttered businesses in an effort to stave off the economic toll of the widespread stay-at-home orders. Strict social distancing measures and business closures across the country have frozen the economy.

At least 26 million US citizens filed for unemployment benefits in the past five weeks, the most since the Great Depression of the 1930s.

Trump said at his briefing on Monday that “there’s a hunger for reopening”.

Georgia Governor Brian Kemp began reopening his state’s economy on Tuesday, despite pushback from leaders of major cities like Atlanta. Some non-essential businesses like beauty parlours, restaurants and bowling alleys have been allowed to reopen as long as they follow social distancing guidelines. 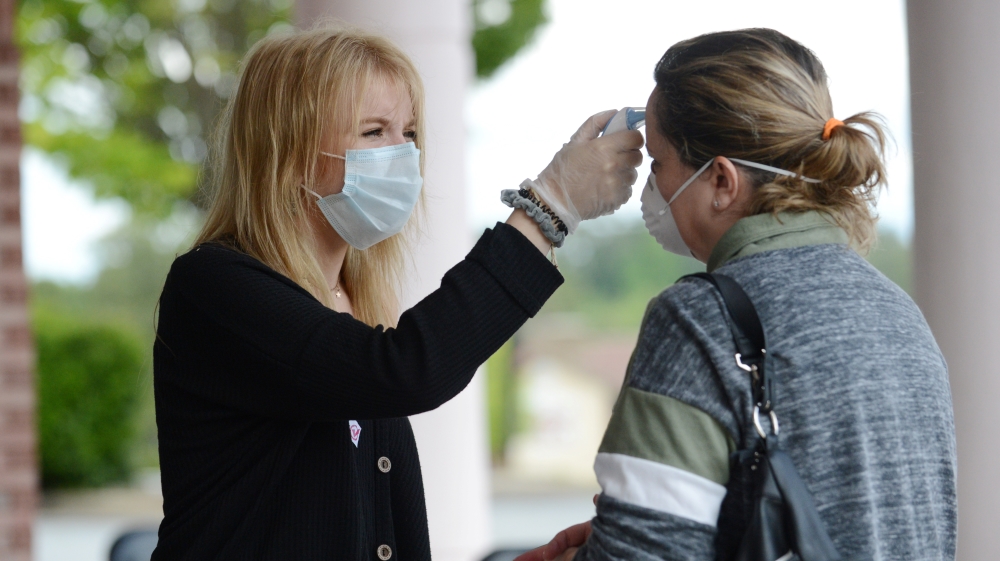 “What we’re essentially saying in Georgia is, go bowling and we’ll have a bed waiting on you. That’s not what our approach should be to COVID-19,” Atlanta Mayor Keisha Lance Bottoms told CNN on Monday evening.

Texas Governor Greg Abbott, whose state has the second-largest economy in the US, will allow a stay-at-home order to expire on Thursday and some businesses to begin reopening the following day, operating at 25 percent occupancy.

Trump and state leaders have been engaged in a war of words over testing and the federal government’s general response to the pandemic. States such as New York, which has by far the most cases in the US, and Maryland have claimed federal officials are outbidding them on needed supplies and have so far failed to assist in expanding the availability of those tests.

On Monday, the president unveiled a testing plan that largely places the burden of creating testing plans on state leaders. States should “identify and overcome barriers to efficient testing” like “misallocation of supplies” and “logistical failures” when developing their testing strategies, Trump said.

Even as states begin to reopen, many US residents remain hesitant to dive back into their daily routines.

A CBS poll released on April 23 reported that 70 percent of respondents thought the nation’s top priority should be slowing the spread of the virus.

Conversely, 30 percent thought Americans should “try to get the economy going by sending people back to work, even if it means more people might be exposed to coronavirus”, according to the poll.

“I think most of our customers are not ready to venture out yet,” Kristin Allin, who, along with her husband, owns the Bread & Butterfly restaurant in Atlanta, Georgia, told the Associated Press news agency.

Allin said her restaurant will remain closed for now, possibly for another month or more.