The man was identified as Sukhrob Karimov, a 32-year-old citizen of the Central Asian nation of Uzbekistan. 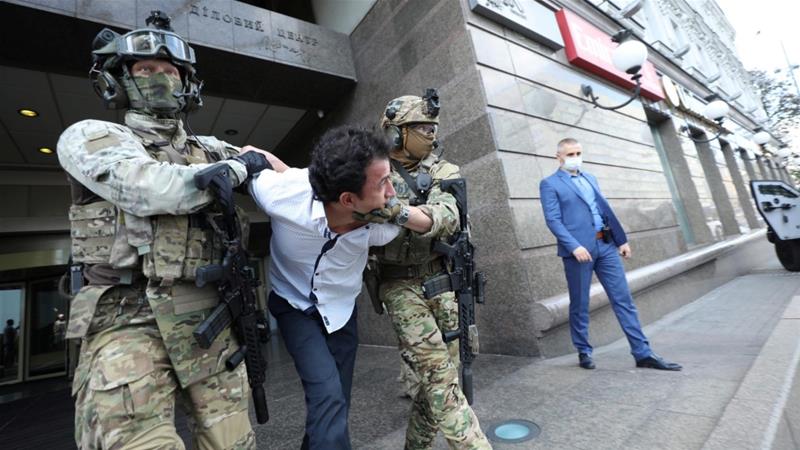 Ukrainian police have arrested a man who threatened to blow up an explosive device at a bank in the nation’s capital.

The man, identified as Sukhrob Karimov, a 32-year-old citizen of the Central Asian nation of Uzbekistan, on Monday entered a bank office in Kyiv and said he had explosives in his backpack.

He let bank staff go and demanded that the authorities invite journalists so that he could make a statement.

Police burst into the room while the man was talking to journalists and arrested him. Officials confirmed after the man was arrested that he did in fact have explosives.

It was the third such incident in recent weeks.

Last month, an armed man carrying explosives took 13 passengers hostage on a bus in the western Ukrainian city of Lutsk.

Police freed the passengers and arrested the attacker following a 12-hour standoff after President Volodymyr Zelenskyy agreed to his demand to post a movie recommendation on social media.

On July 23, another man took a senior police officer hostage in the central Ukrainian city of Poltava before being shot dead by police on Saturday. The hostage was unharmed.