Ukrainian troops are reported to have reached the banks of the Oskil river at Senkove, as they continue to make rapid progress.

The advance has allowed Ukraine to sever Russia’s main line of communication with its army units based in the town of Izyum.

As a result thousands of Russian troops are trapped between the river and Ukrainian forces, meaning Moscow could lose an entire army group of soldiers and find its Donbas assault jeopardised.

Vitaliy Ganchev, the Moscow-installed head of occupied parts of Kharkiv region, told Russian state television: “The very fact of a breach of our defences is already a substantial victory for the Ukrainian armed forces.” 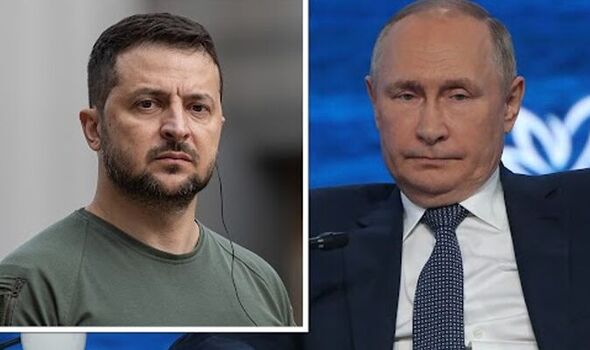 US sends £2.3bn more for Ukraine and neighbours to fight off Putin

The package is in addition to the £11bn of military aid already pledged to Ukraine and includes £575million in new weapons and military equipment as the country fights for its survival.

Austin announced the arms package at a meeting with dozens of fellow ministers at the US air base in Ramstein, Germany.