Both Ukrainian military brigades worked together to locate and find Russia’s military equipment before destroying it.

The ongoing Russian onslaught on Ukraine has been going on for well over four months now, and Ukrainian forces are doing their best to push back against Russian aggression.

The dramatic footage shows the first shot hit the heavy artillery causing the Russian equipment to explode like a firework.

Particles of shrapnel continue to fly up into the air leaving outlines of white smoke as the particles fall to the ground.

A big ball of fire can be seen erupting from the target, followed by a cloud of thick grey smoke which continues to pillar up into the sky.

JUST IN: If Theresa May hadn’t capitulated to EU we wouldn’t be in this mess! ARLENE FOSTER 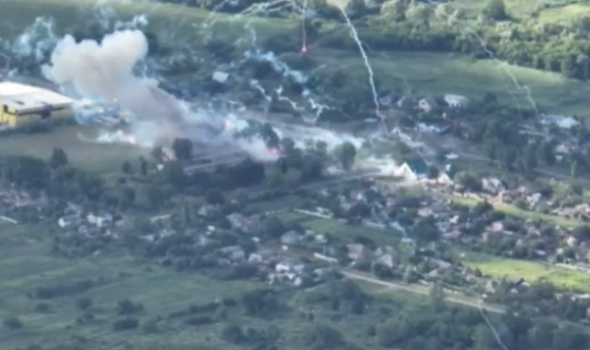 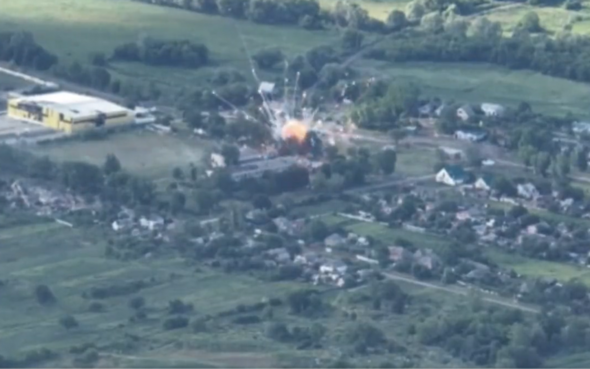 Users on social media have been reacting to the footage released by Ukraine’s military forces.

One Twitter user @MichalNiebly said: “This how missiles explode – white smoke, firework-style burning chunks. It was most likely a rocket launcher (Grad/Uragan or even a SAM), or a stockpile of rockets.”

@123Kevak said: “Agree, sort of, But with the amount of missiles thrown out I’m leaning more towards a TOS-1 or a supply truck.”

@DaveyProckett said: “Russians retreated from there but Ukraine never secured it. Now it’s back on the front line.”

@PhantomusBlack said: “Laser guided arty by the looks of it.”

@KirkHaggerty said: “The Sound of Freedom.”

From the UK, Boris Johnson has been at the forefront of world leaders offering ongoing support to Ukraine.

Other military experts have been urging the British Government to do more for Ukraine. 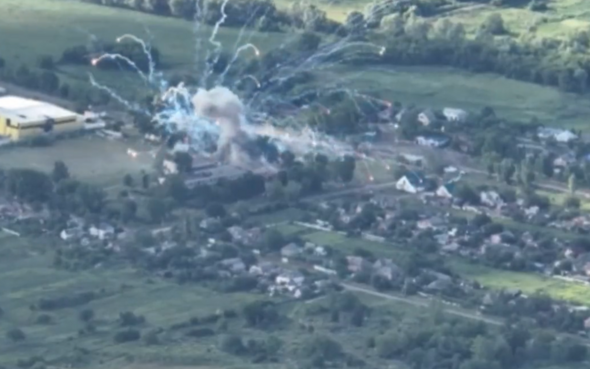 Brigadier Chris King, from 104 Logistic Support Brigade, said: “It changed over Easter when we saw the massacres in Bucha.

“You see the scenes and you feel that you want to help. It is a generational moment.

“We either help Ukraine to fight or we accept that maybe not straight away, but in the next few years, we are going to be fighting somewhere else.

“If we don’t do enough, we will sow the seeds of future conflicts.

“We are planning into the years to come.

“I don’t think it is going to be over quickly. But how the conflict evolves is too early to tell.

“We have got to get to a position where we sustain Ukraine otherwise we might have to do it somewhere else.”