Each year many Britons are confounded by the presence of red-coloured dirt on their cars and windows. Hot weather over the past few weeks, including the Easter weekend, brought not only scorching temperatures but also a dumping of dust from the Saharan desert.

What is Saharan dust and how does it reach the UK?

Saharan dust is a mixture of sand and dust from the Sahara, which is the vast desert area covering most of North Africa.

According to the Met Office, winds can blow very intensely over deserts, leading to dust and sand whipping high into the sky.

If the winds in the upper part of the atmosphere are blowing north, this dust can be carried as far as the UK. 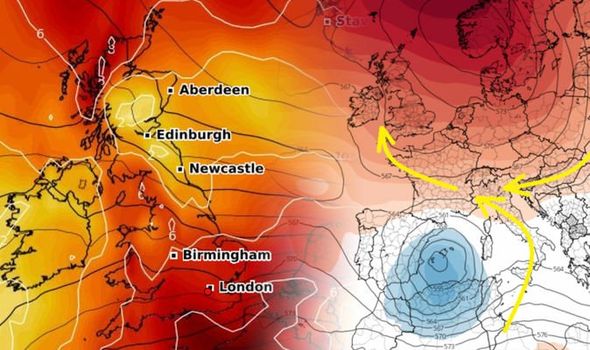 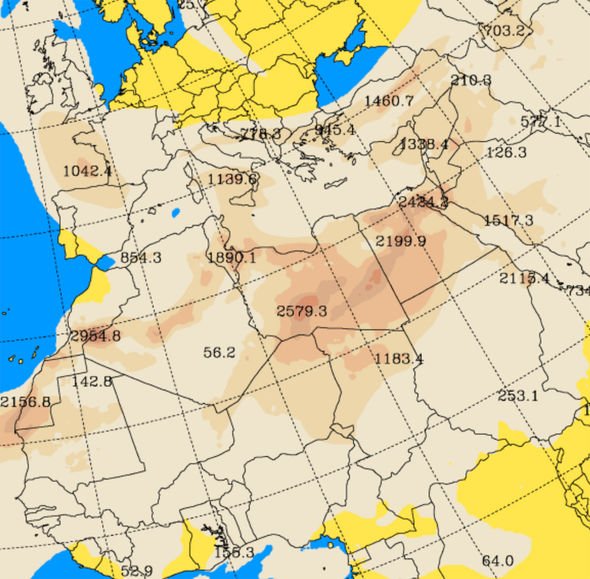 Once the Saharan dust is lifted from the ground by strong winds, clouds of dust can reach extremely high altitudes and be transported worldwide covering thousands of miles.

For the dust to drop from the sky to the ground, rain is needed.

As raindrops fall, they collect particles of dust on its way down and therefore when the raindrops land they can leave behind a layer of dust.

This Saharan dust rain is also dubbed “blood rain” due to its hue and is a fairly common occurrence in the UK as several times throughout the year large dust storms in the Sahara coincide with southerly wind patterns. 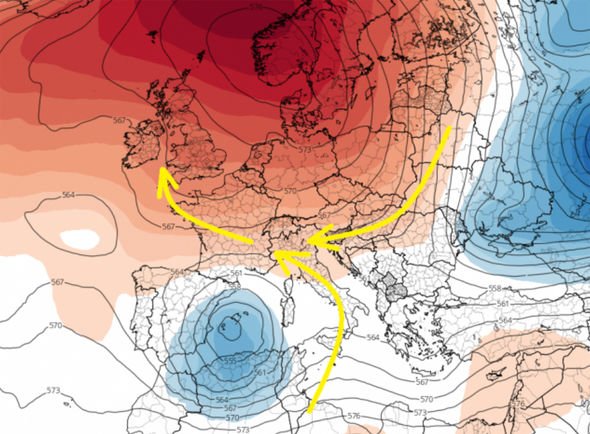 When is Saharan dust predicted to hit the UK today?

This flow is expected to favour an advection of Saharan dust load from Northern Africa into the Mediterranean, central and northern Europe.

Specifically, weather forecasters have issued warnings for France, England and Ireland which are expected to be battered by the dust load on Wednesday.

Through Wednesday evening, its position of the upper ridge and lows over Europe shows the air mass and its related dust load over the Mediterranean curves northwestwards over the Alps towards western Europe.

The dust load maps from SKIRON show how dust particles are spread across central Europe on Tuesday, moving westwards into southern France.

As a more southeasterly flow on Tuesday, the advection should spread the dust also towards western Europe.

The Saharan dust continued its movement, hitting England and Ireland on Wednesday. 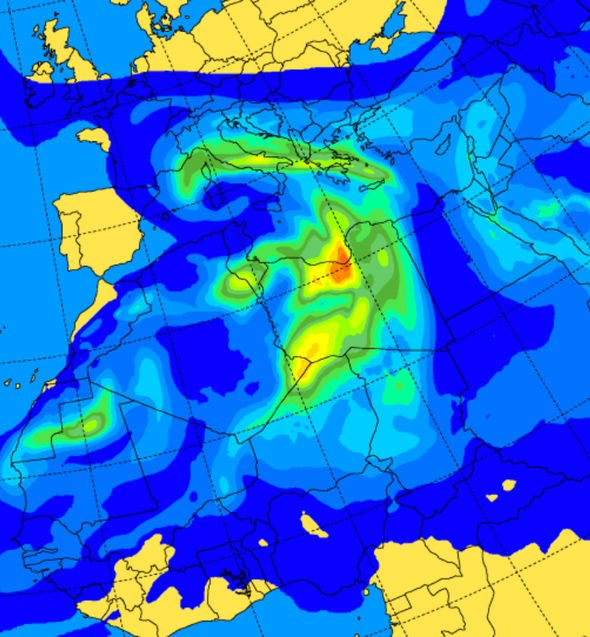 How does Saharan dust impact people?

This can cause significant problems for people who suffer from respiratory issues or heart problems.

Heavy dust can also cause sore throats and eyes.

Experts advise those with lung or heart disease to take extra steps to protect themselves when Saharan dust hits.

While Saharan dust can be damaging for humans, it can prove beneficial for the environment.

In the Amazon rainforest, trees and plants rely on nutrient-rich dust as it helps to keep areas fertile.

However, some researchers claim the Saharan dust has been linked to coral disease in the Caribbean.

Dust clouds can also turn the sea from blue to reddish brow which encourages the growth of algae blooms known as red tides.

These algae blooms have been known to cause the deaths of large numbers of marine animals, fish and birds in the past.