Weather forecasters have warned of persistent rain which could lead to localised flooding and disruption transport over the coming days. Maps reveal Britain is forecast to see a weekend washout with at least five days of heavy rainfall. The mercury shows temperatures could drop as -9C in some places with forecasters continuing to predict this December will be the coldest for several years.

Thursday began with a cloudy start for most people around the country, with outbreaks of rain expected throughout the day.

The rainy spells will begin in the west and move eastwards on Friday.

The Met Office has issued a yellow severe weather warning from 3am on Friday until 12pm on Saturday advising of heavy rain which could impact transport and cause flooding.

The Met Office forecast reads: “Most areas cloudy with a little rain or drizzle.

“A few brighter interludes, mainly in the east and north but also the southwest during the afternoon.

“Heavier rain moving across Northern Ireland and into Wales and southwest England later.” 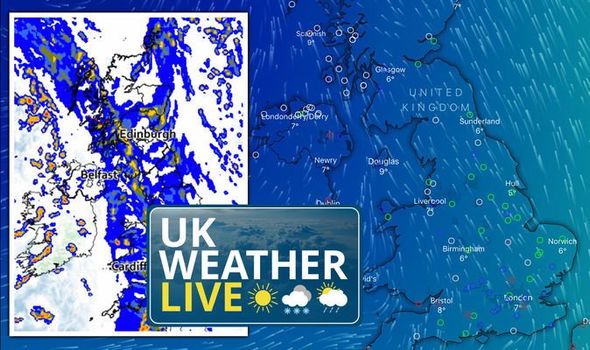 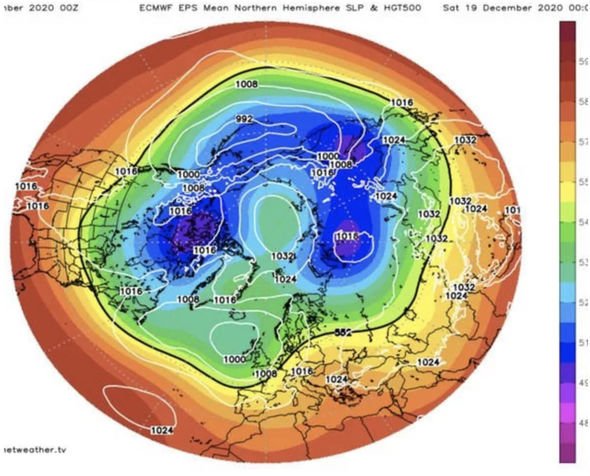 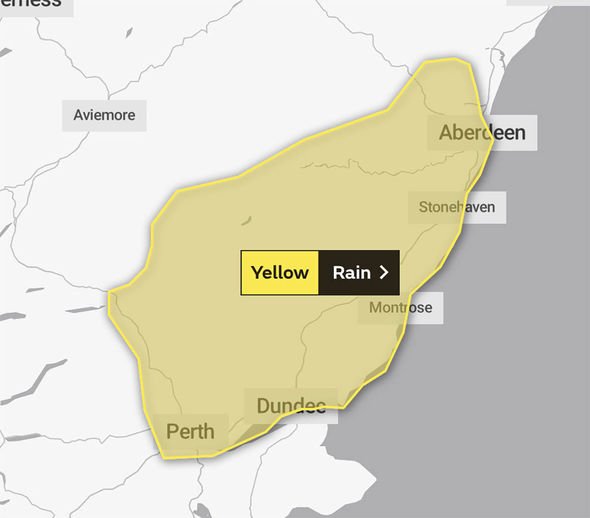 8.01am update: The Met Office weather warning for rain remains in effect

The Met Office yesterday issued a severe weather warning for rain on Friday and Saturday.

The warning is in force from 3am on Friday until midday on Saturday covering parts of Scotland.

The warning reads: “Heavy rain will fall throughout Friday and into Saturday morning across parts of eastern Scotland with accumulations around 1.6 to 2.4 inches (40mm to 60mm), but with the potential for four inches (100mm) over high ground.

7.28am update: The UK to be hit by a savage Beast from the East in days

Long term weather forecasts reveal sub-zero temperatures will hit the UK through the New Year and into 2021.

Jim Dale, a meteorologist for British Weather Services, said: “The very cold weather over Russia is the doorway to a possible cold Beast from the East affecting Britain later in the year or early next year.

“It will remain in the east as we move towards Christmas, but if we see a sharp southwards movement of the jet stream, this cold air could end up being dragged in from the east.”