Forecasters have warned of low pressure over Iceland, along with a strong Russian anticyclone – an area of high atmospheric pressure where the air is sinking – close to eastern Scandinavia. While this is not far west enough to have a major impact on Britain’s weather, conditions are expected to be unsettled.

There will be westerly and south-westerly winds, according to Net Weather.

The north-west of the country is forecast to be particularly windy.

Towards the middle and the end of the week, an area of high pressure known as the Azores High is expected to link up with high pressure in east Scandinavia and Russia.

This is likely to bring unsettled weather in the south. 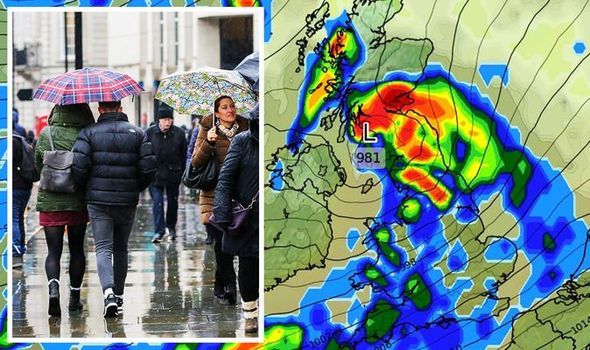 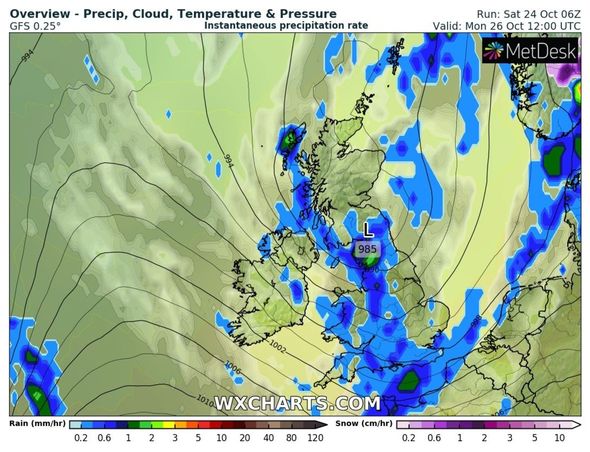 Net Weather’s forecast for next week says: “This period will have persistent low pressure over and to the west of Iceland, with a strong Russian anticyclone close to eastern Scandinavia but not far west enough to become a major influence on Britain’s weather.

“Thus, this period will be generally unsettled with westerly and south-westerly winds, and it will be windy at times especially in the north-west of the UK.

“During the mid to latter part of the week the Azores High will link up with the east Scandinavian/Russian high at times and ridge into southern Britain, bringing more settled weather into the south of Britain, but there will still generally be a west to south-westerly flow.” 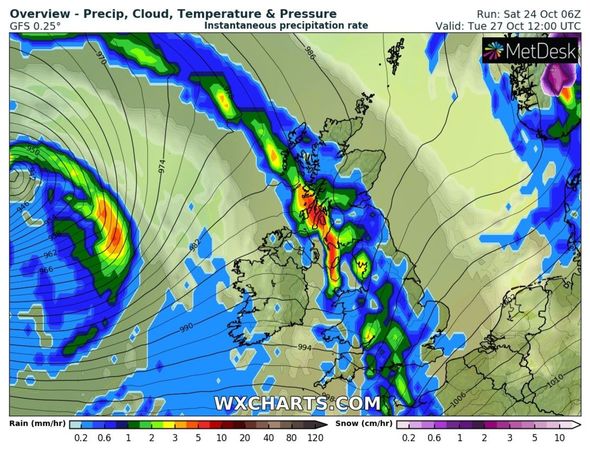 Rain is forecast in most parts of the country early next week.

Rain belts are expected to move in off the North Atlantic.

Later in the week, the south and east of England, as well as parts of eastern Scotland, are forecast to enjoy some sunshine. 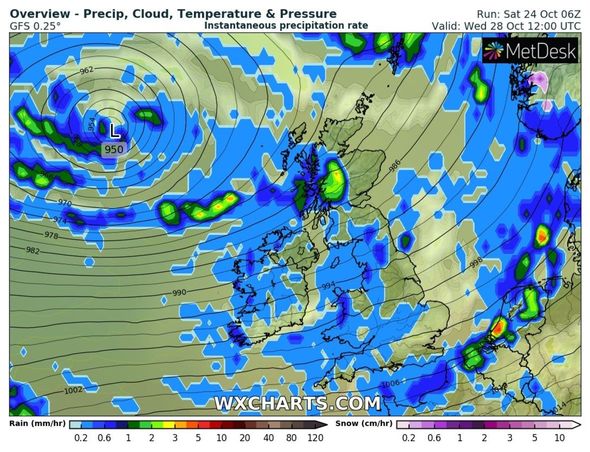 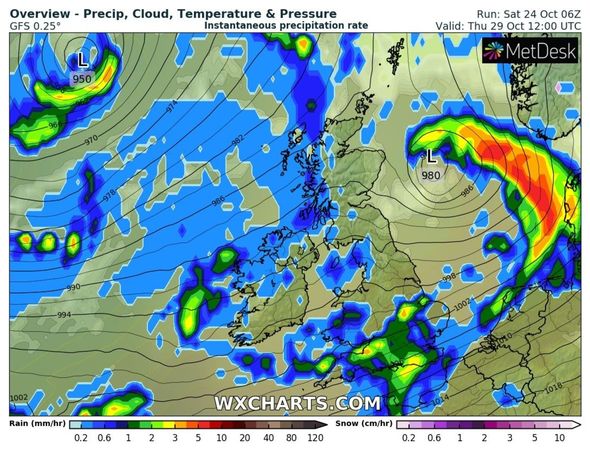 The Net Weather forecast says: “It will be wet in most parts of the country early in the week, with rain belts periodically moving in off the North Atlantic interspersed with brighter showery weather, and temperatures generally a little below average for the time of year.

“Later in the week it will generally turn warmer than average with a stronger tropical maritime influence, meaning that dull damp weather will be common over and to the west of high ground, but the south and east of England and sheltered parts of eastern Scotland will see some sunshine coming through at times.”

Looking ahead to November, the weather during the first week is expected to be more settled.

However, condition are forecast to become more unpredictable later in the month.

It comes as the UK is being battered by heavy rain and strong winds on Saturday.

Much of the country will have a brighter day on Sunday, according to BBC Weather, before next week brings more unsettled conditions.