The latest precipitation maps from Netweather show bands of rain sweeping over Scotland and Northern Ireland from a westerly direction over the next week. By Thursday, the bands of rain will also move south and batter north western areas such as Liverpool, before heading down as far south as Cornwall. This comes after the UK baked in glorious highs of 32C during the past week.

He said: “Monday could see a fair bit of mist and murk about to start the day as winds fall lighter across England and Wales.

“But that’ll lift and burn off to leave another dry, often sunny, and warm day. There’ll be more cloud for Scotland again though, with southwesterly winds feeling quite noticeable too – especially in the north and west.

“Later in the day, rain will make it into the north and northwest as well – a hint of what’s to come during the remainder of the week.” 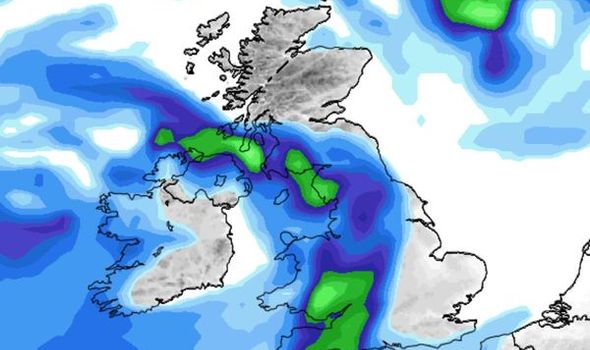 He added powerful winds will also sweep across Scotland and Northern Ireland, with more rain expected in northern areas.

Mr Michaelwaite said: “By Tuesday those winds will be becoming stronger still – with gales possible in exposed parts of Scotland and Northern Ireland.

“The rain which arrived into the far northwest on Monday will struggle to make too many inroads further southeast initially, so is likely to start the day still affecting the northwestern fringes of Scotland and Ireland. But it will start to make a move southeast through the day.

“Many parts of England will stay dry until later on though. Behind the band of rain, winds will turn round to a cooler northwesterly direction, with sunny spells and showers developing. 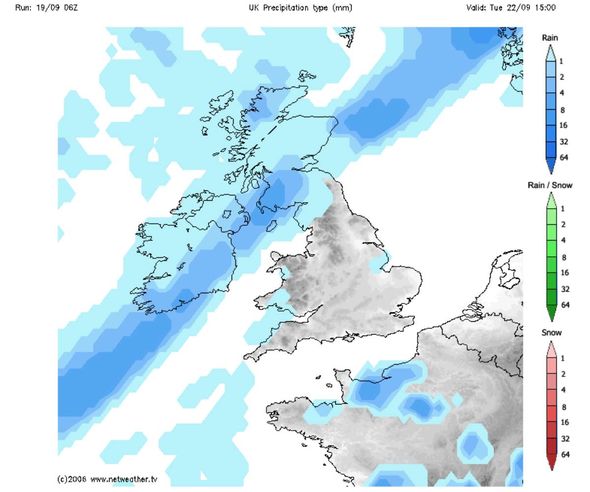 “Temperatures will be warmest in eastern and central England, with highs of 22-24c again, but they’ll be dipping away as the rain moves through with 9-12c about the peak for parts of Scotland and Ireland into the afternoon.”

The latest forecast on Weather Outlook added next week the UK will be blasted by “wet and windy” weather conditions.

The forecast said: “Scattered showers are possible near to the south coast early on.

“Other areas have dry days with sunny periods. 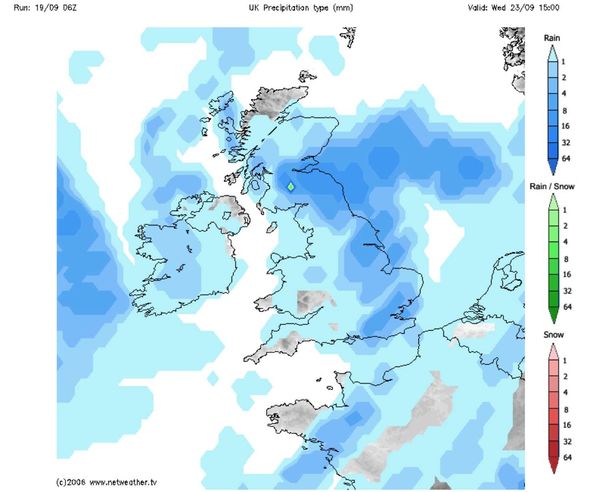 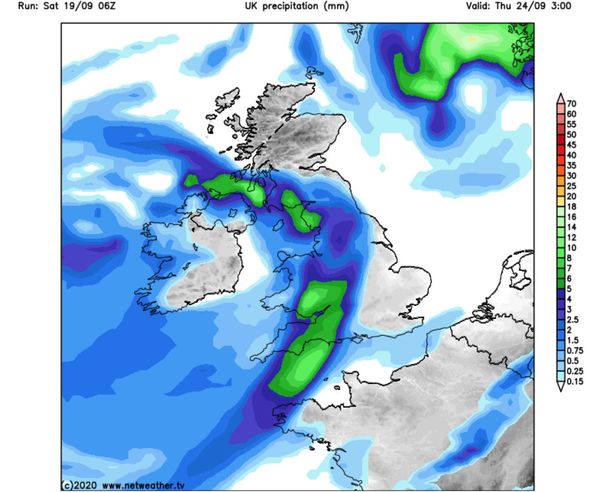 “A band of rain pushes southeastwards at the start of the period. Brighter conditions follow it but scattered showers are likely in the north west.

“Later on wet and windy weather spreads southeastwards across all regions.

“Temperatures dip and it is expected to become chilly for the time of year.”

The Met Office added the end of September will see “longer spells of rain”.

The latest forecast said: “A largely unsettled picture looking ahead through the forecast period, starting with showers and longer spells of rain on Thursday. 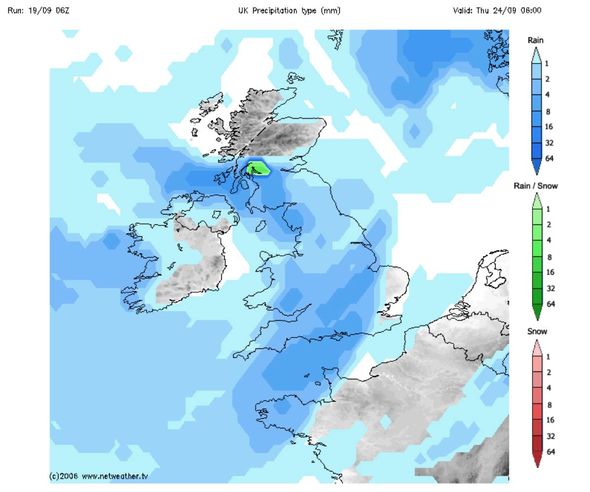 “Generally windy conditions coupled with spells of rain and showers will continue through the week and likely into the following week too, with those showers becoming heavy and blustery at times.

“The heaviest rain most likely in the north and northwest which may also see gales at times. Meanwhile there may still be brief interludes of drier and sunnier weather, most likely perhaps in the south and southwest.

“Temperatures will generally be rather cool, potentially cooler in more persistent rainfall, and overnight frost may be seen in prone parts of the north as and when calmer spells of weather allow.”