BBC Weather: Highs of 25 degrees forecast for parts of UK

As many Britons fill out pub gardens to watch the start of the Euros this weekend, scorching temperatures are set to sweep across the UK. Temperature charts show the mercury is set to soar to the high-20s by Sunday afternoon, with a scorching 30C forecast for Monday. Charts show the UK turning a burnt red as the heatwave grips the nation, with forecasters warning UV rays and pollen levels will be high.

Weather charts by Netweather show temperatures are set to reach 26C today, with the best of the weather seen in the south east of England.

The rest of England should see an average of 20C.

Similar temperatures are forecast for Saturday afternoon, with a chart by The Weather Outlook forecasting highs of 25C by 4pm.

The map shows much of England can expect temperatures to reach the mid-20s. 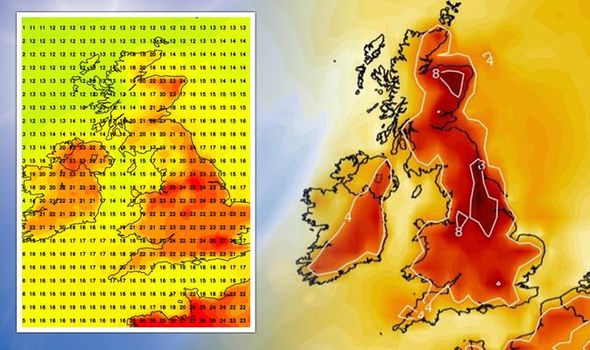 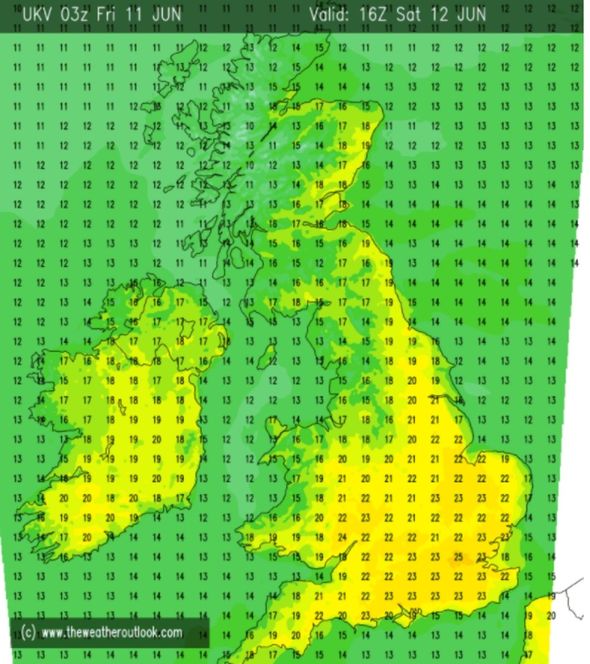 Sunday is set to be warmer still, with a Netweather chart showing much of the UK turn a deep red as the mercury soars to the mid-to-high 20s.

The chart, valid for 6pm, shows highs of 27C forecast in the capital, with 25C forecast further north.

Northern Ireland and parts of Scotland can also expect temperatures to reach 23C.

A separate chart by The Weather Outlook forecasts a sunny 28C in the capital by late afternoon. 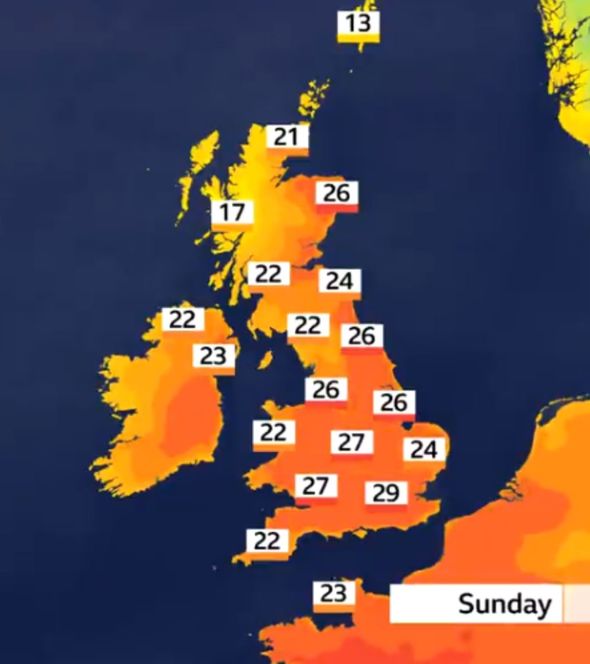 BBC meteorologist Matt Taylor said temperatures could climb to 29C or even 30C on Sunday.

He said: “For most it is going to be a sunny day and a hot one as well.

“Could get close to 30 still across parts of the Midlands and south east England.”

On Twitter he shared a weather chart showing 29C forecast in the south east on Sunday, with 27C expected elsewhere. 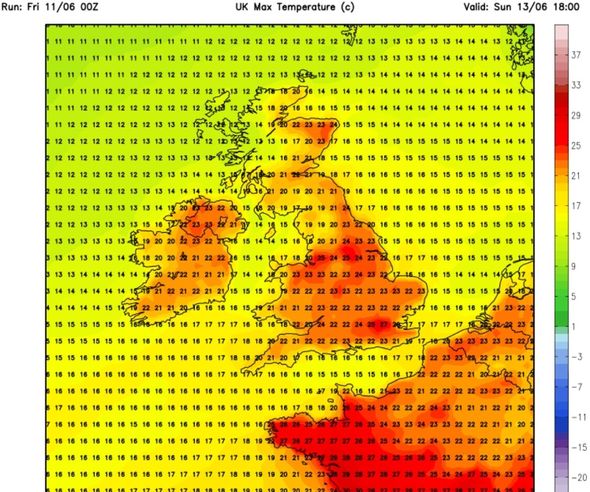 The Weather Outlook expects Monday to be even warmer, with 30C forecast in the south east.

The chart, valid for 3pm on Monday, shows between 28C-30C is forecast around the capital.

The rest of England can expect highs of 27C, with temperatures dipping just below 20C in northern parts and Scotland.

Netweather forecasters said the mercury could rise to the early 30s on Monday.

They said: “This week will start with a ridge of high pressure from the Azores High covering the British Isles, and there is potential for it to be hot, especially towards the south-east, with temperatures in the mid to high 20s Celsius in many parts of England, possibly also parts of Wales, perhaps nudging the low 30s in the south-east of England.” 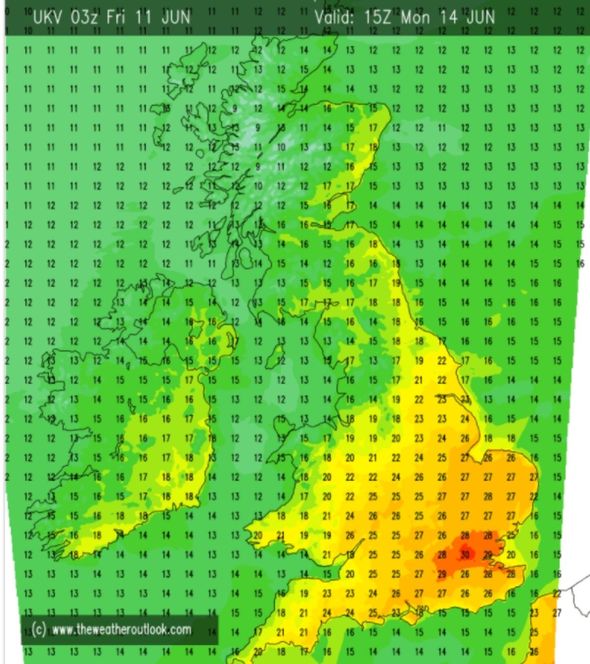 The Met Office’s Alex Deakin said warm sunshine and high temperatures will characterise much of Britain this weekend.

He said temperatures could reach the high-20s in the south east on Sunday.

But he warns the sun will be strong, with high UV levels and grass pollen levels expected.