Wintry conditions are set to move in from Sunday evening, prompting snow showers and temperatures to drop to as low as -8C in parts of the country. Much of the UK is expected to see some snow on Easter Monday, in a snow blitz that could last 48-hours, according to the latest weather charts.

The risk of snow intensifies overnight and moves further south, leaving much of the UK covered by a high risk of snowfall by 6am on Monday morning.

The high snow risk continues throughout the day and by 6pm parts of southern England are covered by a 85 percent snow risk. 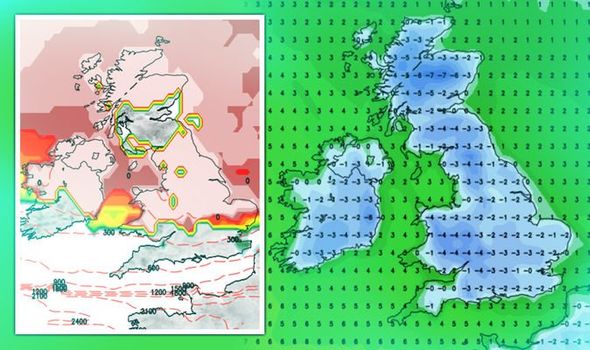 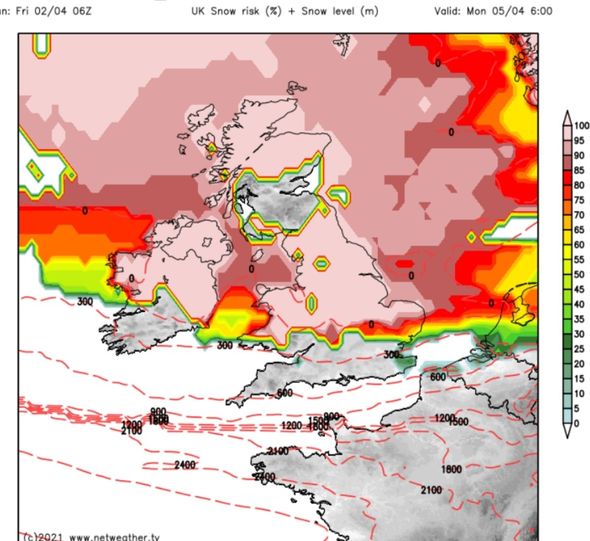 Maps by WXCharts also forecast snow to fall across much of Scotland, Northern Ireland, Wales and northern England by Monday afternoon.

The chart shows snow is also expected to cover parts of East Anglia by 3pm.

Netweather maps show snow is forecast through Tuesday as well, with the west of the UK covered by a high risk at 6pm.

The chart shows parts of Wales, the West Country and northern England turn white and red with a snow risk of between 60-100 percent.

JUST IN: Met Office weather warning: Snow and ‘BLIZZARD conditions’ in the UK 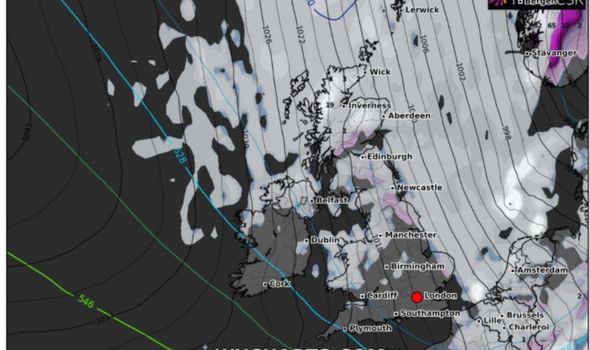 Scotland is covered by a 100 percent snow risk while Northern Ireland has a moderate risk of between 50-85 percent.

By Wednesday the snow risk remains largely confined to the Scottish highlands.

Snowfall is set to coincide with freezing temperatures, with lows of -8C forecast in Scotland at 6am on Monday.

Northern England is set to see the mercury plunge to -5C. 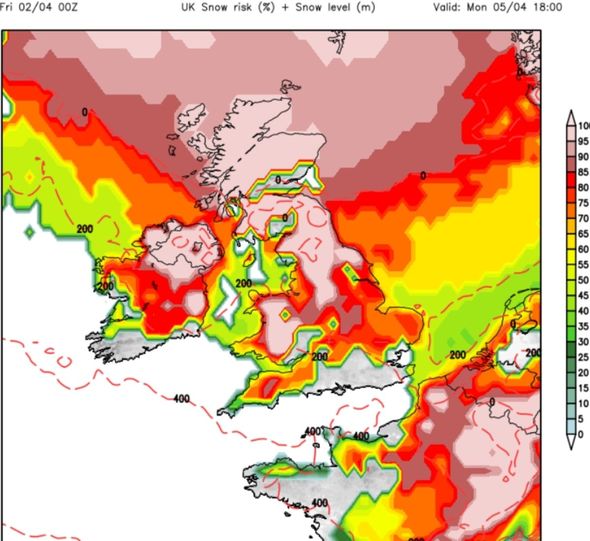 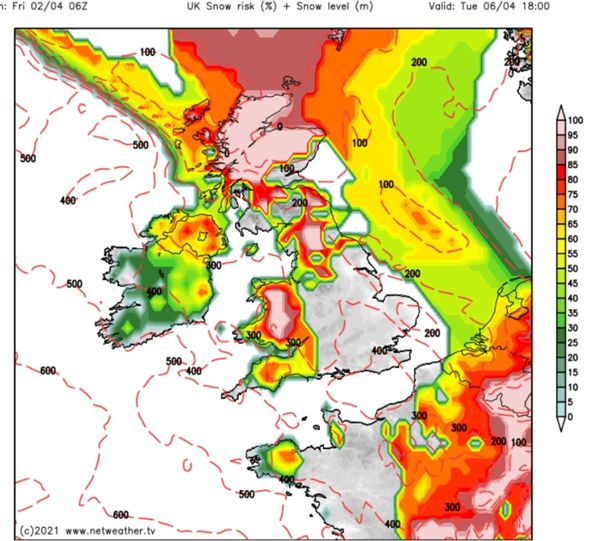 It will continue to get colder on Tuesday, with a temperature chart showing the whole of the UK turn an icy white at 6am on Tuesday.

Temperatures are set to dip to -7C in Scotland, while the rest of the country sees temperatures range from 0 to -4C.

The Met Office has a yellow snow warning in place from 6pm Sunday to midnight on Monday across northern Scotland.

The forecasters said: “Frequent heavy snow showers will affect northern Scotland on Sunday night and Monday and may lead to some travel distruption.” 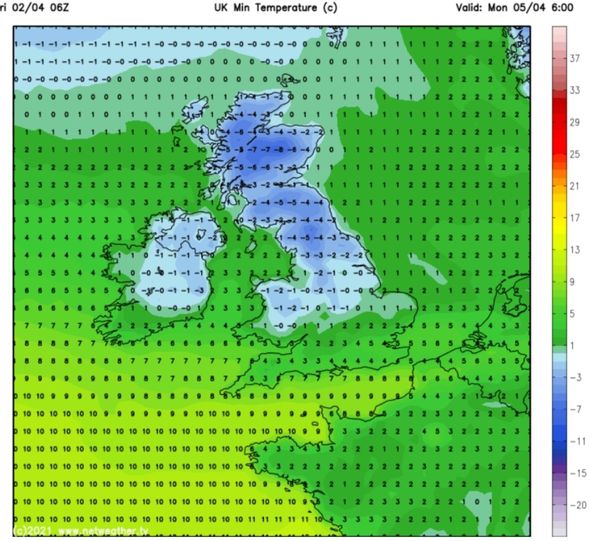 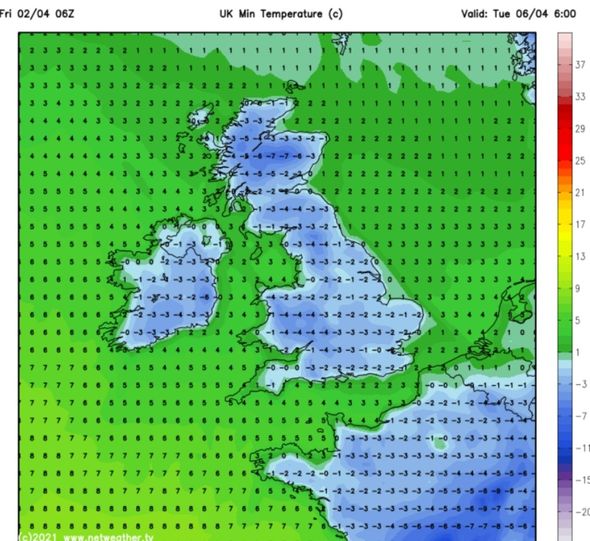 BBC forecasters said the Easter Weekend is set to be marked by cold conditions.

They said: “Heading into the Easter holiday weekend, the weather will likely be a few degrees colder than the average for the time of year but largely dry with patchy cloud at first.

“From Sunday and into next week the weather may turn much more unsettled, with a stronger cold front arriving from the north bringing polar air from the Arctic.

“This may only reach Scotland by Sunday with some uncertainty on the exact timing.”

They added: “The combination of colder air and unsettled weather from fronts means there is a risk of some lowland snow, which may be heavy in places.”