Using the latest global forecast models, experts have predicted icy conditions to blast the Scottish mountains by the end of September. Brian Gaze, forecaster for The Weather Outlook, tweeted: “Close to an ice day in the Scottish Highlands on Sunday 27 if GFS 00z is right.”

It comes as the latest charts show cold air forming over Scotland and north western areas.

This includes Liverpool and even parts of Wales, which has resulted in forecasters warning of icy conditions.

This front will also reach Northern Ireland by Monday September 28. 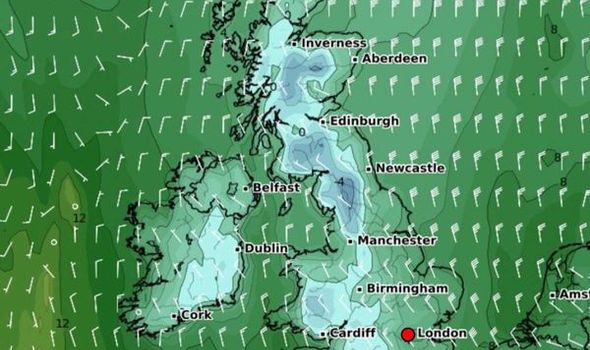 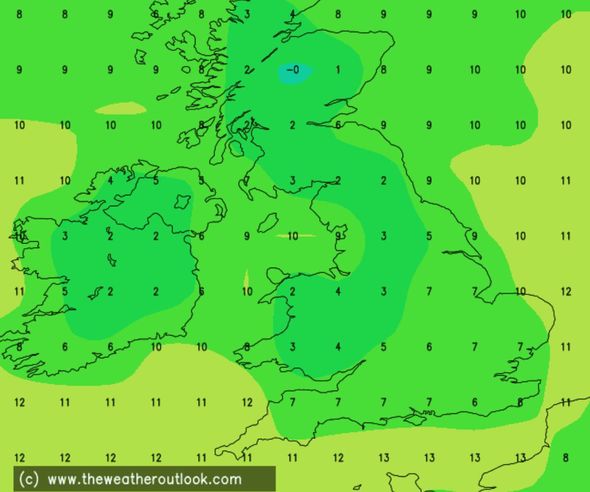 Mr Gaze said: “Blizzard conditions for the Scottish mountains in 10 days time if today’s GFS 12z is on the money.”

The forecaster also shared charts of Arctic cold air sweeping over the north of the UK.

There was also a chance of precipitation as early as next week. 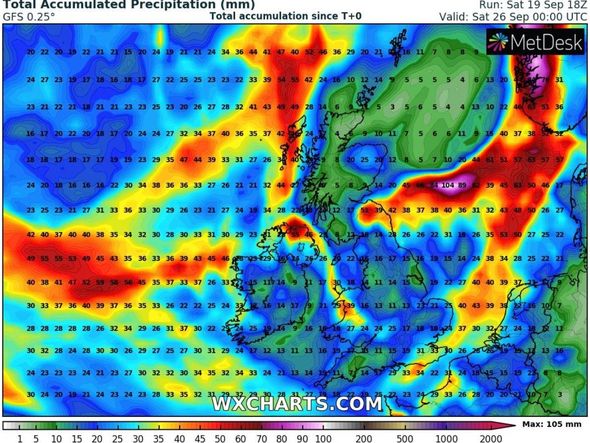 In its long-range forcast, the Met Office also warned of “cold spells” from October 1 to October 15.

It said: “Confidence remains low for this period.

“It seems likely that there could be changeable conditions with alternating periods of relatively settled weather, bringing an increased risk of mist and fog in the morning, and more unsettled conditions.

“Overall, temperatures are expected to be around or slightly above the normal. 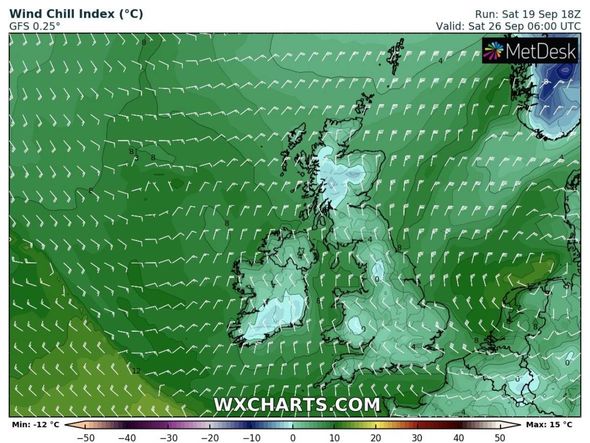 “However, variations are to be expected as a result of the shifting weather systems, giving potential for both warm and cold spells.”

It said: “Any isolated mist and fog patches each morning quickly clearing. Less breezy but still a chance of showers in the south.

“Temperatures around average for many though probably warm in the south. 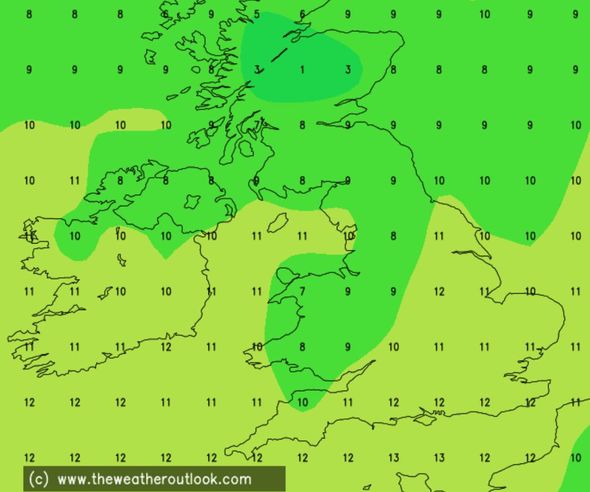 “A spell of wet and windy conditions likely to arrive in the northwest early in the week.

“Through the rest of the week a transition to more unsettled conditions looks likely to spread southeast across the country.

“Some longer spells of rain or showers for a time are likely, the rain could be heavy in places, wettest and windiest in the north and west.

“Temperatures around average, possibly turning rather cold in the north.” 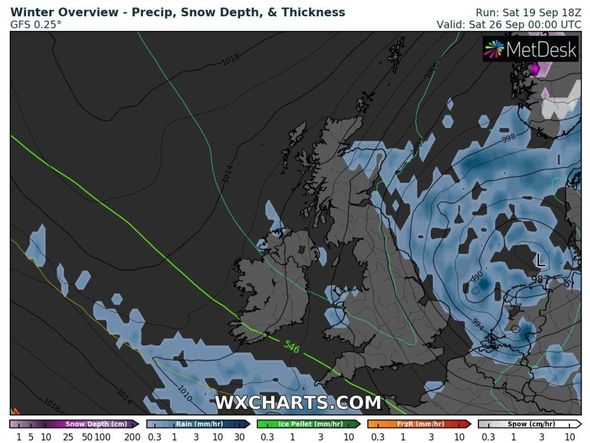 The long-range forecast on Netweather at the start of October addedd: “The weather is expected to remain changeable, especially in the north, through the remainder of September, with a generally westerly type.

“Into early October there is an increasing chance of high pressure pushing in from the south and bringing mostly settled and warm weather, probably with a fair amount of sunshine for most, and a likelihood of more changeable weather holding on in the north and west of Scotland in particular.

“Temperatures will tend to be close to or just below the long-term seasonal norm early to midweek, with some cool nights midweek as the high pressure moves in and some fog patches in places, but will tend to rise above normal late in the week as there is a significant chance of southerly and south-westerly winds setting in.

“Rainfall totals are again mostly expected to be below normal, except in western Scotland, where near or slightly above average rainfall is most likely.”