BBC Weather: Wet and windy conditions to sweep across UK

WXCharts 2M temperature chart also indicates high pressure will begin to have more influence on British weather as it drifts in from Africa and Southern Europe.

The chart shows parts of Spain and North Africa are blood red with the warm trend seeing the UK turn orange and yellow. 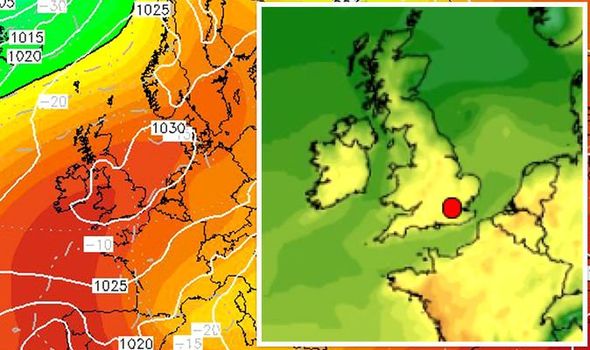 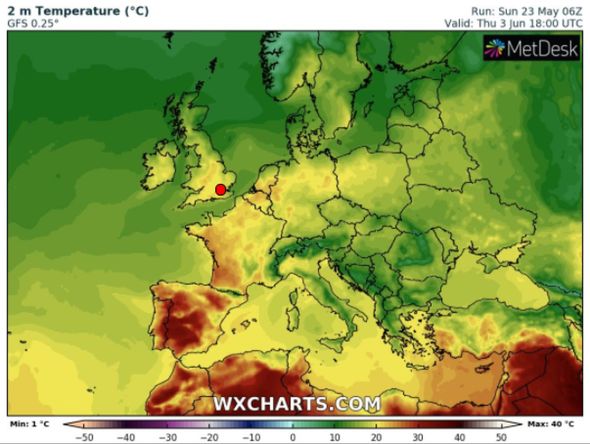 These charts are the first sign of more permanent warm weather which is set to hit the UK.

Netweather’s monthly forecast for late May and early June predicts “warm summery days” are on their way from the end of next week.

“But in a period probably of much variability, finer spells are likely to be punctuated by showers.” 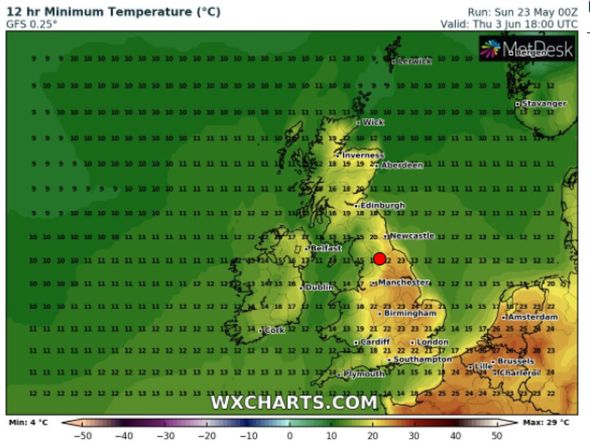 The Met Office said of the start of June: “High pressure will slowly become the overarching pattern across the UK, as it gradually builds in from the west.

“This will bring mostly settled conditions across the country, but with the chance of showers in the east at first.”

But most parts of the UK will be mainly cloudy with scattered light showers at the start of next week.

Going into tomorrow, the Met Office says rain will continue to push eastwards to reach eastern Britain during the evening and will be heavy for a time before clearing from most areas overnight. 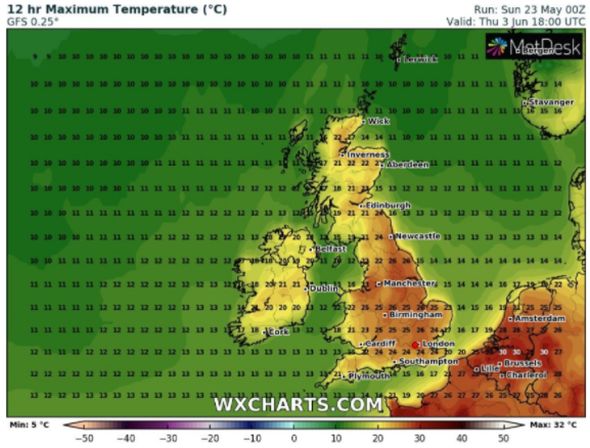 Once the rain has cleared it will be dry for most with clear spells, but a few scattered showers will develop and rain will linger across Scotland.

On Monday, there will be some early sunny spells, but variable amounts of cloud cover will build during the morning and scattered showers will blow in from the west.

Scattered showers will continue during the afternoon and evening and some of these could turn locally heavy and thundery in nature. 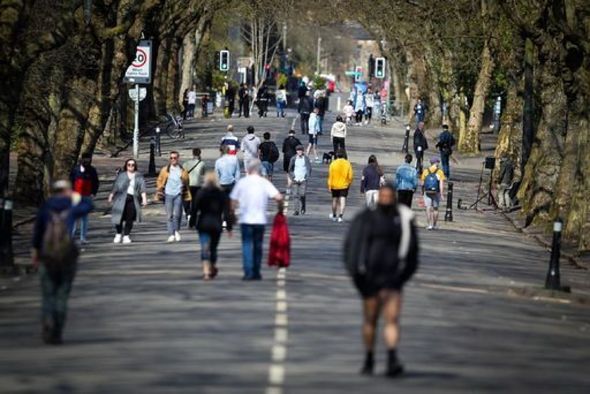 Tuesday will be another bright day with spells of sunshine.

However, there will also be variable amounts of cloud cover and scattered showers will develop, some locally heavy.

There will be sunny spells on Wednesday, but cloud will tend to build in from the north bringing a chance of some showers developing.