High pressure is predicted to build over the north of the UK from Greenland next month, which is likely to push low pressure systems away into South Europe. Forecasters told Express.co.uk this could spark the “coldest weather of winter” this season as more snow could be dumped in the UK from the freezing northeasterly flow. Temperatures in Scotland cold plummet to -12C by February 13 due to the cold front, according to WXCHARTS.

The freezing air could also send a shiver through northern parts of England as Carlisle could see -5C at the start of next month.

London and Surrey are expected to average 0C during this period.

Scotland is also forecast to be battered by “winter storms” as the latest snow depth models show 33 inches (84cm) on Thursday, February 11.

The Lake District in the North West of England and also Northumbria, just above Newcastle, could also face heavy snow fall as a foot (32cm) may hit on the same day. 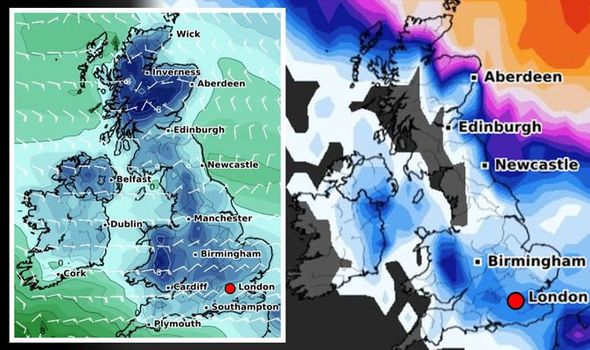 Brian Gaze at Netweather warned high pressure building over the north of the UK from either Greenland or Scandinavia could lead to “bitterly cold” conditions and snow battering the UK next month.

He told Express.co.uk: “I’m keeping a close eye on the middle third of February. It’s too early to be certain but there is a chance of a very cold period of weather.

“In fact mid February can often bring the coldest weather of the winter to the UK.

“Some computer models are showing high pressure building strongly to the north of the UK (either Greenland or Scandinavia) and both those scenarios would lead to the possibility of it turning bitterly cold. 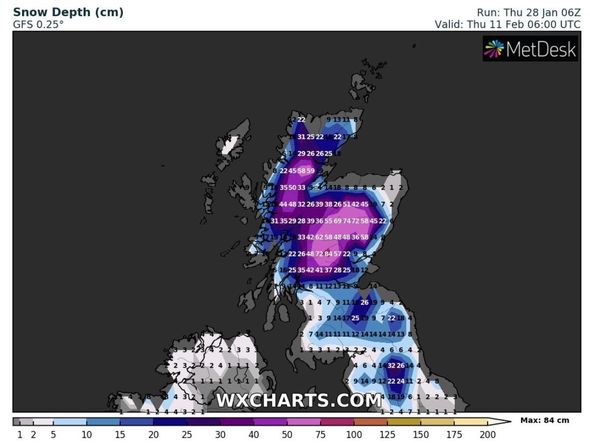 “There would be a risk of snow developing, particularly as weather fronts in the Atlantic started to push eastwards into the cold air over the UK.”

The coldest day of this winter was December 30 2020 when it hit -10.2C in Dalwhinnie in Scotland.

Speaking to Express.co.uk, Met Office forecaster Oliver Claydon said “widespread cold air” could hit the north east of the UK due to northerly winds from the Arctic region, but it was still too early to guarantee this happening.

He said: “The long-range forecast forecast up to February 10 shows unsettled conditions due to low pressure from the Atlantic, which could lead to cold air from the north east. 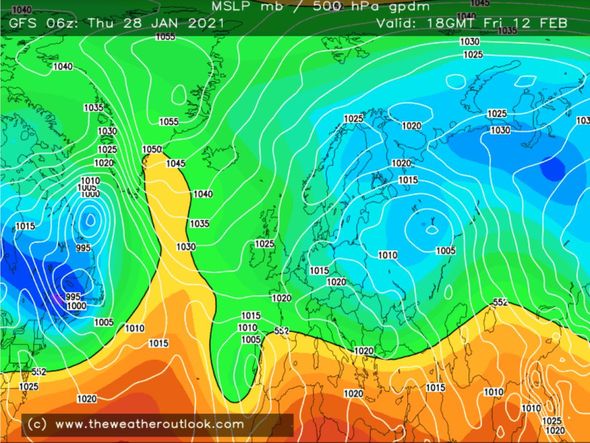 “After February 10, low pressure could be positioned over the north of the UK, bringing widespread wintry outbreaks and cold.

“At this time of the year, cold air can come from the north of the UK, but it is still too soon to clarify which exact region.”

The Met Office’s forecast for the start of February added snow could fall on lower ground too.

The forecast said: “Going into next week, it is likely that unsettled conditions will dominate, with low pressure systems moving in off the Atlantic. The weather will be changeable. 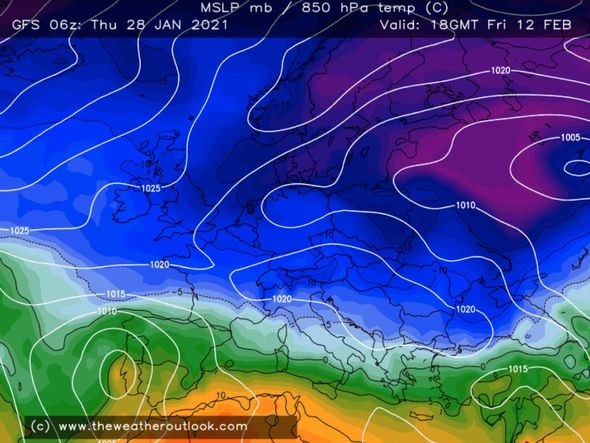 “Periods of rain or wintry showers, and strong winds are likely, especially in the west, with brief more settled spells in between.

“Westerly or southwesterly winds during this period will bring milder conditions to most areas, but occasional interludes of cold northerly winds are possible.

“It will be on this boundary between the colder and milder airmasses where any snowfall to lower levels could possibly occur.

“Towards the end of this period, we may see high pressure build over the north of the UK, bringing colder conditions and wintry outbreaks.” 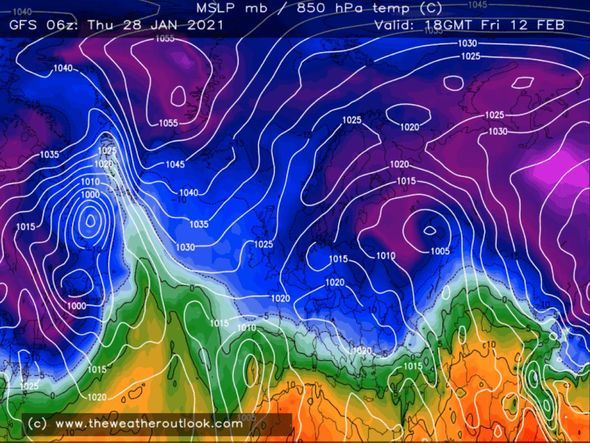 The BBC’s forecast between Monday, February 1 and Sunday, February 7, predicted winter storms to blast the UK later in the month.

The forecast said: “High pressure is expected to build over Greenland and northern Europe in early February, strengthening as we head deeper into the month.

“This will tend to push the low pressure track further south into the Mediterranean Sea. It will be a slow process though and likely not happen until a bit later in the month.

“However, there will be plenty of cold air nearby to the north and northeast that will become increasingly widespread 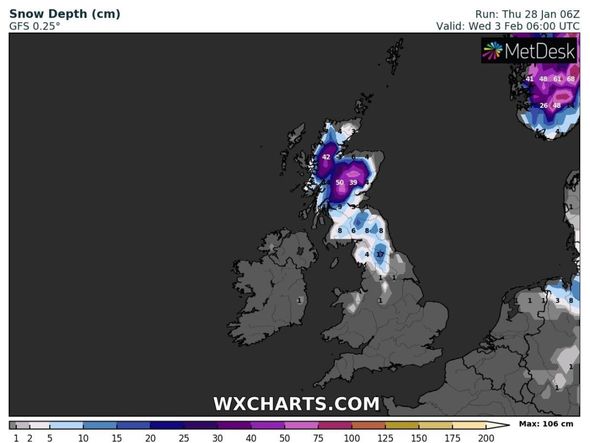 “The cold snaps in early-February may tend to last a few more days compared to late-January.

“As the low pressure systems move in from the sub-tropical Atlantic, they will be able to tap into some warmer air to give them a bit more energy.

“There is a chance that we can see a few stronger winter storms push through bringing some significant winds or rain.”