Images show a parched water bed at Lindley Wood reservoir, which can hold 750 million gallons of water. The reservoir in the Washburn Valley, near Otley, West Yorks, is one of four used to supply water to Leeds.

The reservoir is only used as an overflow when there is heavy rainfall so there are currently no concerns of a water shortage or hosepipe ban in the area.

Yorkshire Water says its sophisticated grid network will allow for the swift transfer of water should there be shortages in specific areas.

Water companies have urged people not to waste water during this week’s heatwave.

Suppliers have said higher demand and irresponsible use during spells of hot weather can lead to people not having any water running through their taps. 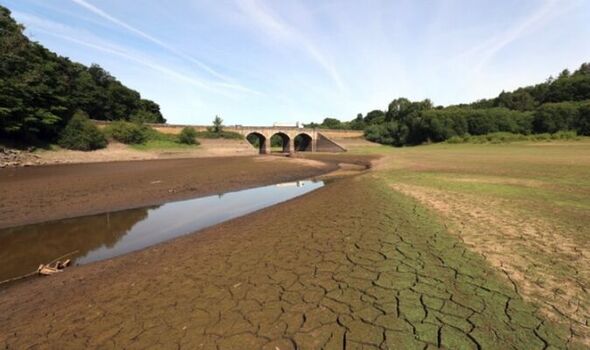 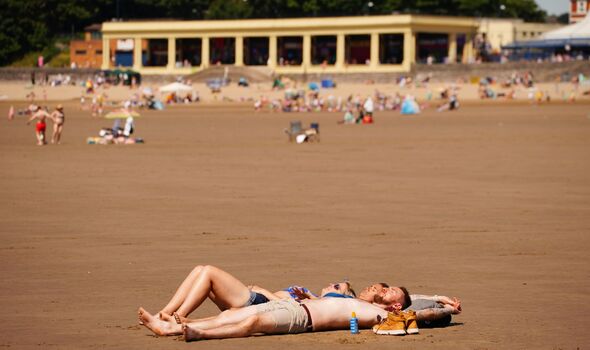 This is not due to a shortage, but to do with companies not being able to treat water quickly enough to keep up with demand.

They have urged people to find alternatives to cooling down rather than having cold showers, including taking a dip in a local swimming pool or the sea.

A spokesman from Southern Water said: “We do not anticipate the need for temporary use bans across the whole of our region in the coming months.

“However, we may require extra measures in certain areas where water is scarcer and the pressure on supply is greatest, such as Hampshire and the Isle of Wight. We are working closely with local communities and partner agencies in these areas, to keep disruption to a minimum.” 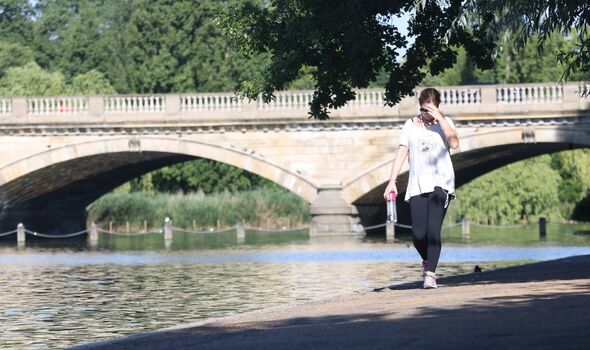 Affinity Water, which supplies parts of the southern and eastern parts of the UK, has urged people to avoid using sprinklers and hosepipes to save 1,000 litres an hour, but added there is not an outright hosepipe ban.

The Met Office’s amber weather warning for extreme heat has been issued across a large swathe of the UK ahead of soaring temperatures this week.

Its rare, extreme heat warning is in place from midnight on Sunday to 11.59pm, when temperatures are predicted to soar into the 30s. 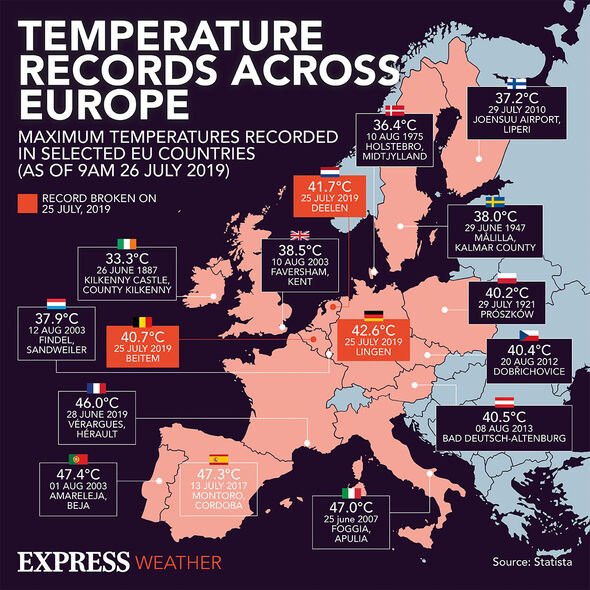 The forecaster added it could be extended to Monday next week.

A Met Office statement said: “Population-wide, adverse health effects are likely to be experienced, not limited to those most vulnerable to extreme heat, leading to potential serious illness or danger to life.

“Government advice is that 999 services should be used in emergencies only; seek advice from 111 if you need non-emergency health advice.

“Substantial changes in working practices and daily routines [are] likely to be required. 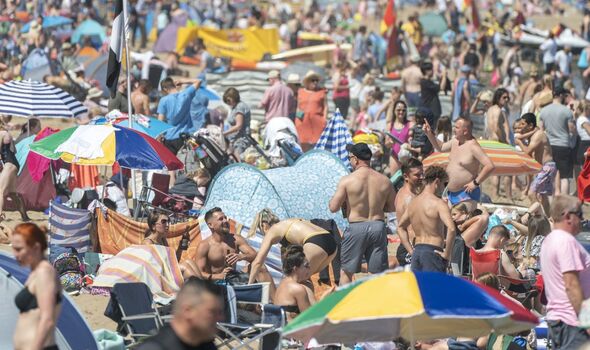 “Delays on roads and road closures are possible, along with delays and cancellations to rail and air travel, with potential for significant welfare issues for those who experience even moderate delays.”

The warning covers almost all of England from Plymouth to Manchester to Middlesbrough and Norwich as well as eastern Wales.

An extreme heat weather warning system ranges from yellow to red and shows how likely and how much impact the weather will have on public life.

Amber warnings indicate temperatures are likely to have a high impact.

Dr Friederike Otto, a senior lecturer at the Grantham Institute for Climate Change at Imperial College London, said the soaring temperatures facing the UK would not have been as high without climate change.

She said: “Every heatwave we are experiencing now has been made more frequent, longer and hotter because of climate change.

“Of course, every extreme weather event has also an element of just the chaotic natural variability of the weather system.

However, she said the “good news” is efforts to tackle climate change, such as insulating homes and redesigning cities to make more room for green space, could help the UK adapt to more heatwaves.

Professor Nigel Arnell, from the Department of Meteorology at the University of Reading, said the current heatwave is not the first of the year and probably will not be the last.

He said: “And we’ll get more next year, and the year after, and so on. Our analysis shows that we are highly likely to get more and longer heatwaves in the future due to climate change, for the numbers of heat-health alerts, heat-stress days – days when it is too hot to work – and damaging heat extremes to increase.”

Fire services across the country have urged people to have picnics instead of barbecues, following a spate of blazes during the heatwave.

Grass fires across the country have been blamed on abandoned barbecues left in the countryside as people flock outdoors to enjoy the sun and 30C temperatures.

Northamptonshire Fire & Rescue crews were called to the scene of a grass shrubbery fire which was caused by discarded disposable barbecues on Sunday.

Warwickshire Fire and Rescue Service said it had “already attended 10 outside fires” across the area on Sunday afternoon.

On the same day, when temperatures reached 30C in parts of the UK, Hertfordshire Fire Control said firefighters were called to a blaze caused by a disposable barbecue left “smouldering” in a park in Hoddesdon.

The National Fire Chiefs Council advises people never to leave barbecues unattended and to place disposable barbecues on flat surfaces away from sheds, trees and shrubbery.