Wet weather has been relentless this month across much of the UK for the month, accompanied by lower than average chilly temperatures as spring transitions slowly into summer. This May is on course to be the wettest on record, potentially beating a long-standing record held by May 1967, where 5.2 inches of rain fell across the UK.

A Met Office spokesperson told Express.co.uk: “The reason it has been so cool and wet throughout May has been because the jet stream has been consistently to the south of the UK.

“This has meant we’re on the cool side of the jet stream and has carried areas of low pressure our way, bringing with it showers and unsettled conditions.

“The south-shifted jet stream has been caused by higher than average pressure over Greenland, which moves the jet stream south and leaves us on the cold side with low pressure in charge.”

Unfortunately for us Brits the weather will continue its sodden streak into this weekend and beyond.

As this month could beat the wettest May on record, it’s a stark contrast to this time last year.

During the first lockdown in 2020, May was the UK’s sunniest month on record – boasting 266 hours of sun and half of the average rainfall expected for the time of year. 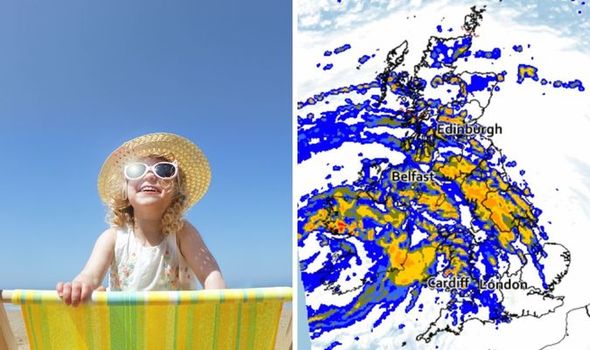 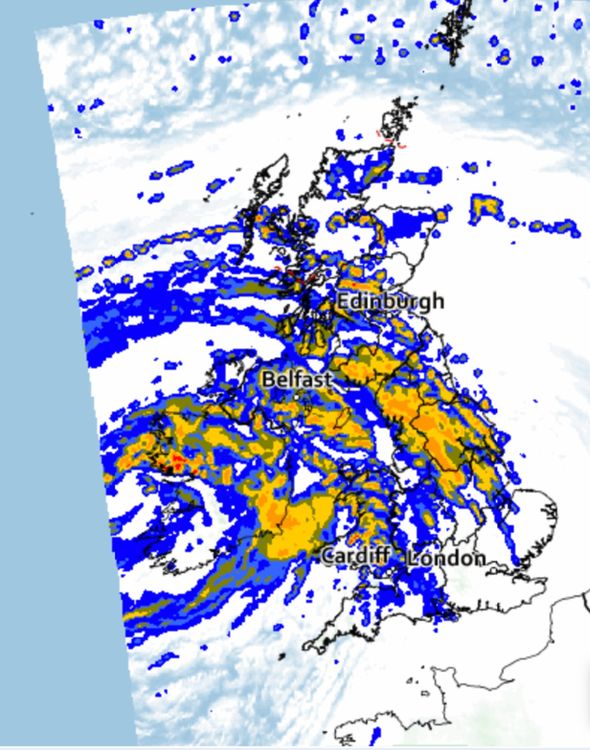 What is the long-range forecast for the rest of May?

Maps for the upcoming weekend show heavy wind and rain systems crossing almost all of the British Isles, with little respite expected particularly in the south of England, London, and Wales.

Thunderstorms are also likely across the weekend, making early summer picnics for newly released Brits unlikely for the time being.

The Met Office long-range forecast for Saturday, May 22 to Monday, May 31 says: “Unsettled conditions continuing, with scattered showers again developing across most areas. 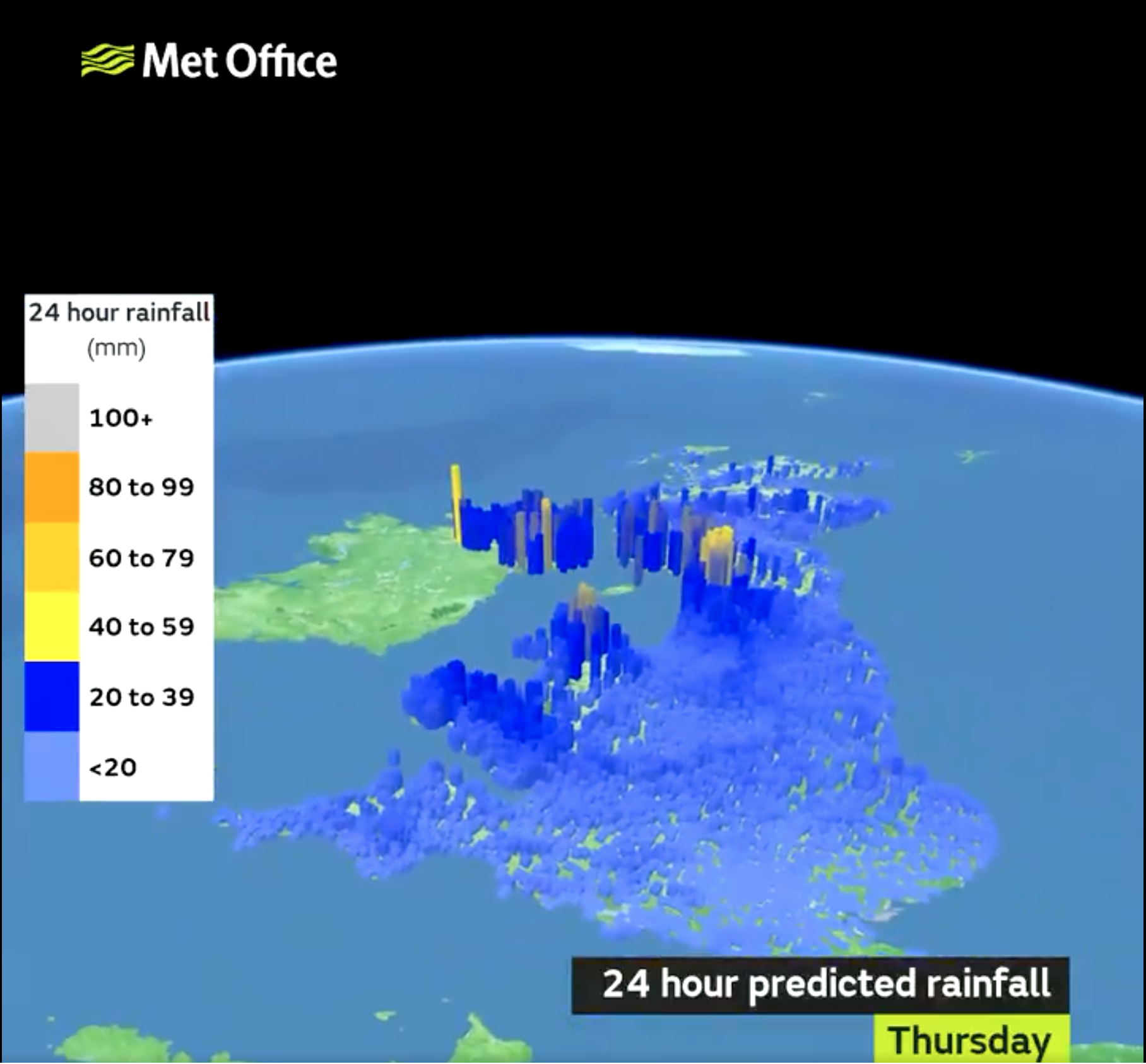 “These showers are likely to be heavy at times, with thunderstorms possible in places.

“On Friday and possibly into the weekend, more prolonged spells of rain are likely at times, especially in the west.”

However, things could look a bit brighter when next week arrives, if a little chilly for the time of year.

The report continues: “Into next week, there is a chance of more settled conditions to gradually become established.

“Whilst further rain and showers are possible, overall drier and brighter conditions should become more dominant.

“Staying rather cool for the time of year, although nighttime frost will be limited, mainly across rural, northern areas.

“During next week, there are some indications that conditions may start to turn warmer, with temperatures closer to normal for the time of year.” 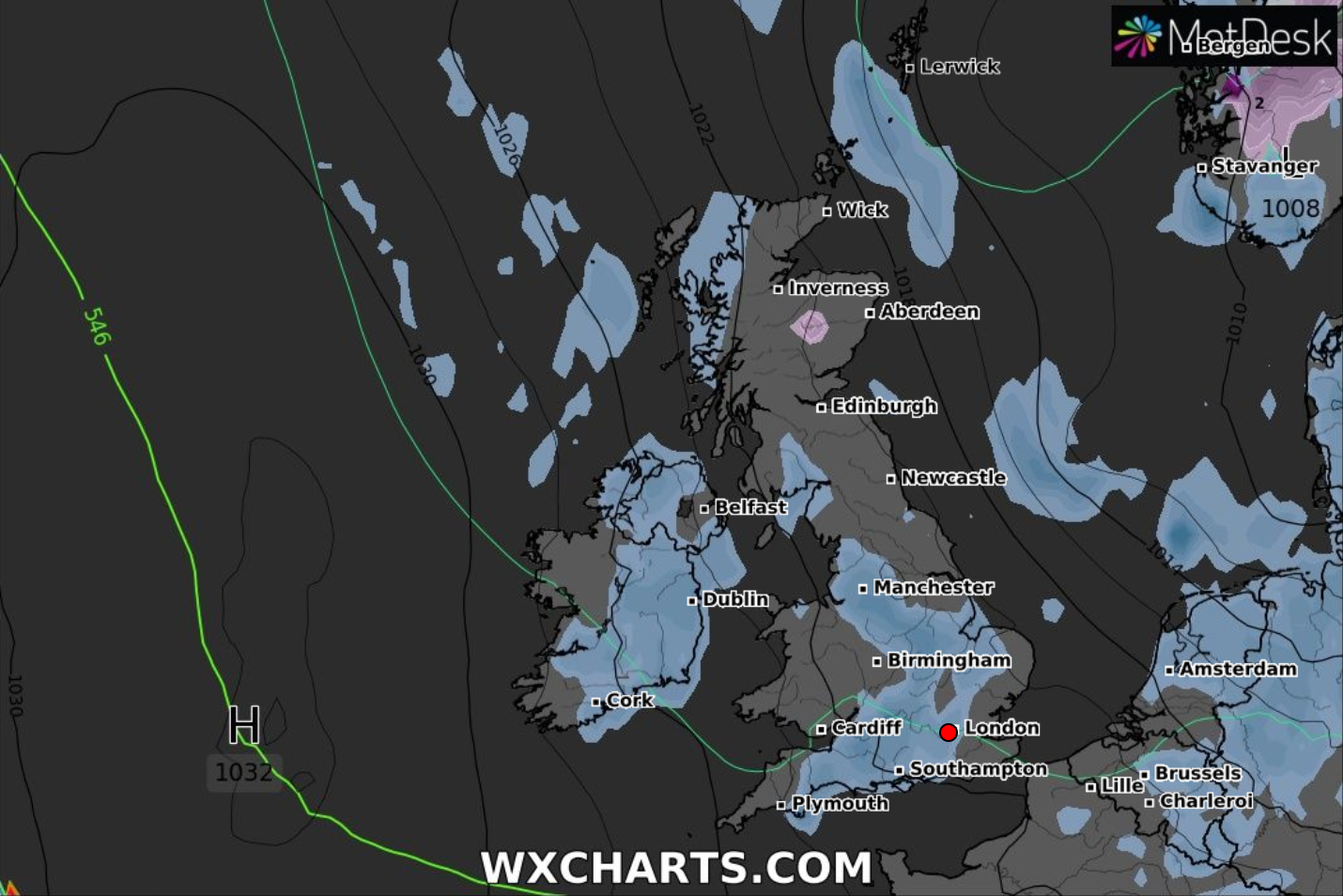 The mercury is expected to peak up to 20C in London later in the month, with maps showing concentrations of orange in the warmest areas of the south of England.

A Met Office spokesperson told Express.co.uk: “We can expect to see things brighten up toward the end of the month as the gulf stream returns to normal.

“Temperatures should then hopefully rise back to average temperatures for the time of year.”