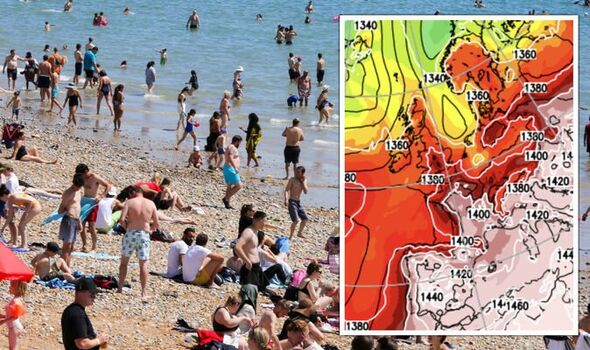 The UK is gearing up for another blast of heat this week as warm air surges up from the south. But a blistering heatwave on the scale of last week will be held at bay by the jet stream as it wrestles the fire-plume while drawing in northerly winds.

Temperatures will stall in the high 20Cs across southern Britain bringing July to a hot but bearable end.

Further north, the mercury will hover in the mid-teens and low-20Cs with the region in the path of cooler winds.

Jim Dale, meteorologist for British Weather Services, said: “There is going to be another period of warm weather this week, but nothing like we saw at the beginning of last week.

“Instead, we are expecting bouts of pleasant summer weather with temperatures lifting into the 20Cs, albeit still above average for the time of year.

“The warmer weather will be in the south, the further north you go, the cooler and wetter it will be.”

Britain will warm up again today as temperatures hit 31C in southern and eastern Britain and between 15C and 23C across Scotland and the north. 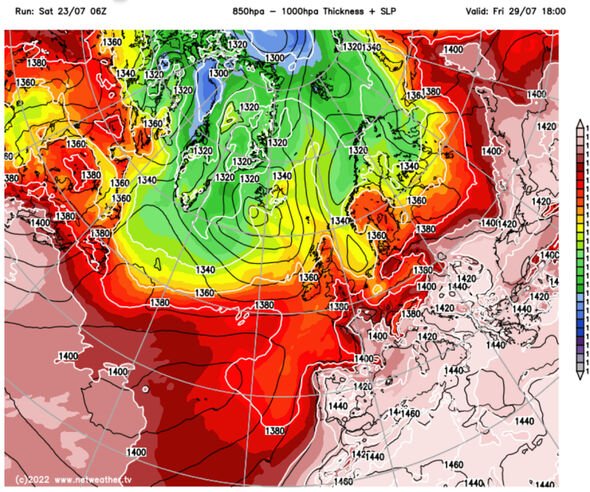 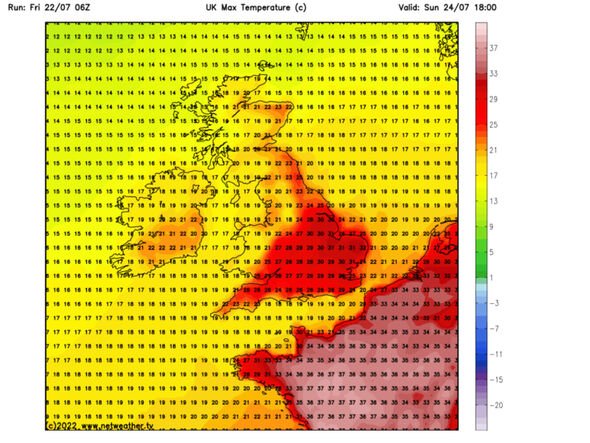 After the warm end to the weekend, a cold front will bring fresher conditions through the start of the week before temperatures rise again ahead of the weekend.

However, the jet stream will start to move south allowing fresher air into the UK while pushing back European heat.

John Hammond, meteorologist for Weathertrending, said: “After a brief resurgence of warmth across southern and eastern areas this weekend, a cold front will bring both fresher air and showery rain down from the northwest as the new week begins.

“Shower clouds will evaporate through the midweek period, with another rise in temperature expected beneath the strong late July sunshine.

“It’s a moot point just how hot it might again get as southerly winds begin to waft our way again.

“It looks like the jet stream will again fend off any extremes of heat.

“Another push of cooler, more showery, weather looks set to arrive from the northwest as the weekend arrives.” 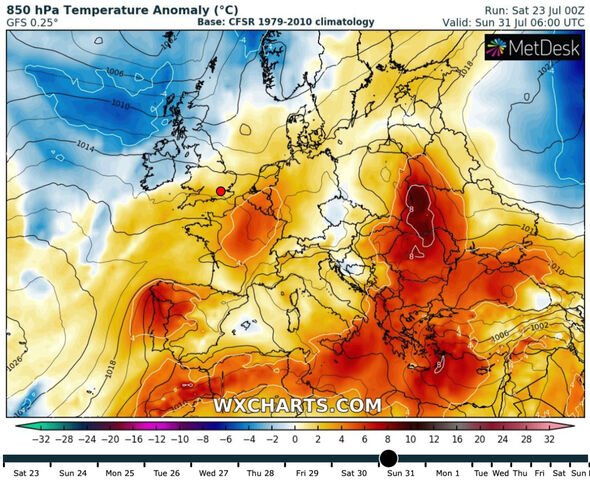 Weather models reveal the jet stream sweeping to the south of Britain blocking the path of Continental heat.

Temperatures across Spain will soar back into the high 30Cs this week as a historic heatwave grips Europe.

A swathe of cooler air from the north will sweep down over the UK bringing a fresher feel to end July.

However, forecasters warn summer may be carrying a fiery sting in the tail with an August heatwave looking ever likely.

James Madden, forecaster for Exacta Weather, said: “The end of July will be warmer, but nothing like on the same scale as we saw at the beginning of this week.

“But there are signs of hot weather returning next month.” 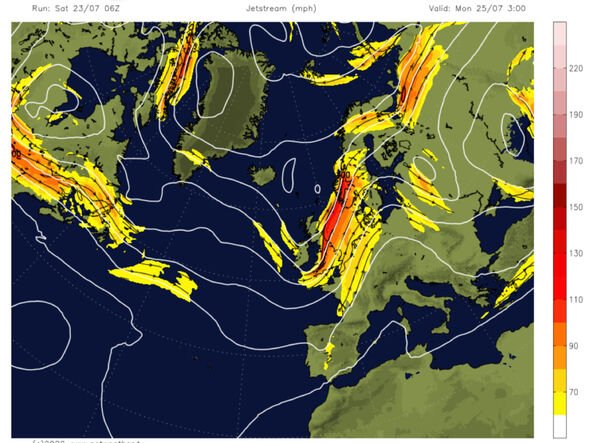 In the meantime, Britain faces a ‘roller-coaster’ week of yo-yo temperatures and thundery downpours.

While temperatures will hover slightly above average through the start of the week, parts of the country are braced for rain.

Mr Dale said: “The next seven days are looking pleasant but there will be outbreaks of rain away from the south.

“Where temperatures rise, it will feel Mediterranean, and this time the warmth will be more of a positive thing for people to enjoy, rather than a threat.”

Met Office meteorologist Alex Deakin added: After some warmth at the weekend, it is likely to turn cooler and fresher again next week, so we expect something of a roller coaster ride.”