Britain will enjoy a mini-heatwave over the next few days as temperatures begin to soar once more across the UK. This is due to high pressure sweeping in from the Atlantic, bringing a surge of hot air that will linger for days.

It could even reach 28C in southern parts, as social distancing regulations will once again be tested, as many could flock to beaches and beauty spots.

For Friday, the Met Office said: “Another, warm and largely sunny day for most of the UK, with a low risk of a few sharp showers during the afternoon across parts of Scotland.”

Across the weekend, the Met Office forecasts “mostly dry, sunny and very warm” weather “across much of the UK, with the highest temperatures in the west”. 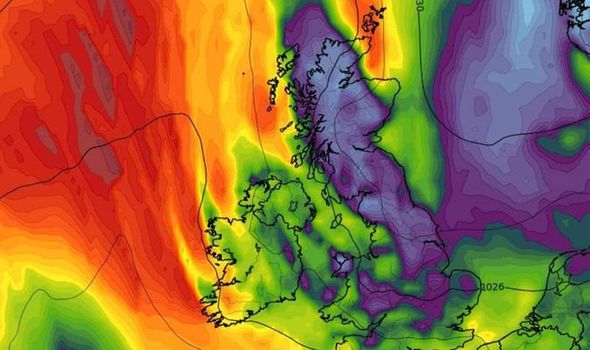 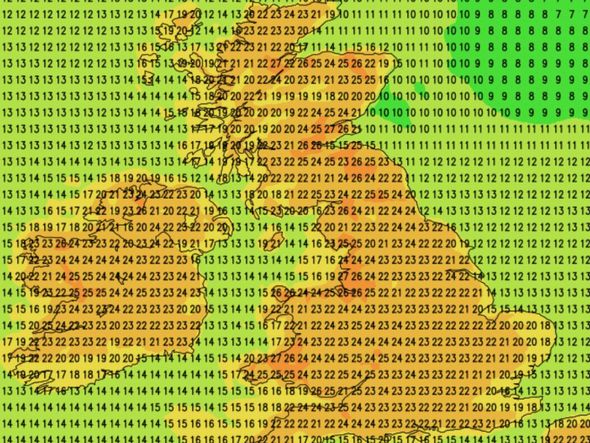 Net Weather forecaster Nick Finnis said: “High pressure close to the east keeping weather fronts at bay to the west, with most seeing sunshine from dawn to dusk, with very little in the way of cloud for many.

“So, we could see 25C in Glasgow and Manchester, 26C in Cardiff, 20-24C elsewhere, cooler around coasts, particularly North Sea coasts of East Anglia and Kent with the onshore breeze.

“The weekend is looking fine, dry, sunny and warm for most, with high pressure close to the east continuing to keep weather fronts at bay over the Atlantic. 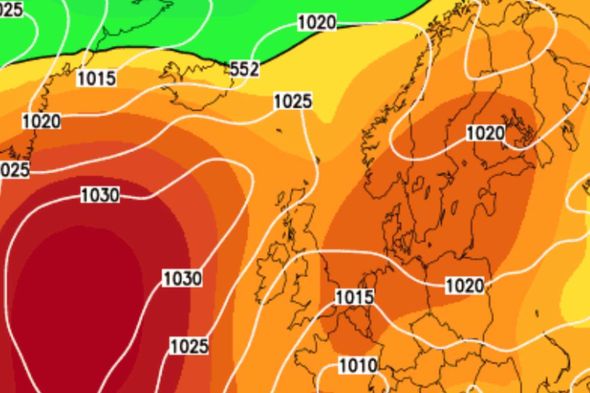 “Both Saturday and Sunday will see plenty of warm sunshine, though there will be an increasingly brisk southeasterly breeze – particularly in the east.

“Temperatures widely reaching the mid-twenties inland, even across Scotland, perhaps up to 27C across south Wales and inland parts of SW England, cooler across eastern coastal areas.”

London will have temperatures of up to 25C, with high pollen levels, hay-fever sufferers should be aware.

A BBC forecaster said: “High pressure will remain close to the east of the UK, bringing further dry and very warm conditions for Saturday and Sunday with plenty of sunshine. It will become breezier for many too. 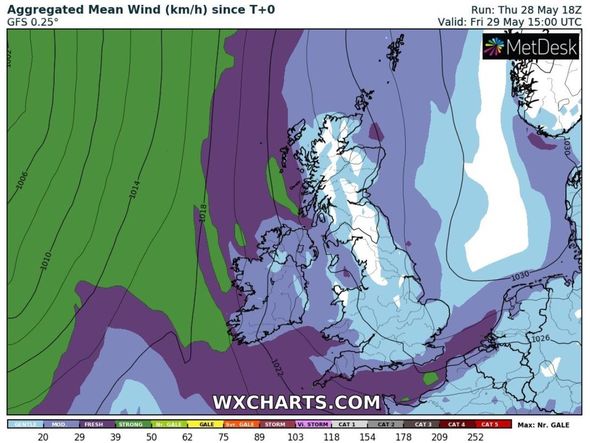 “Monday will see another dry and very warm day with sunshine for most.”

The hottest part of the UK will undoubtedly be the south, where there could be potentially a hosepipe ban in the upcoming weeks.

Last weekend saw thousands take to Brighton beach, as the government has urged the public to use their “common sense” going forward.

Shortly before 12 pm on Bank Holiday Monday, Bournemouth Council said all its seafront car parks were full and told residents to “think twice” before visiting the beach. 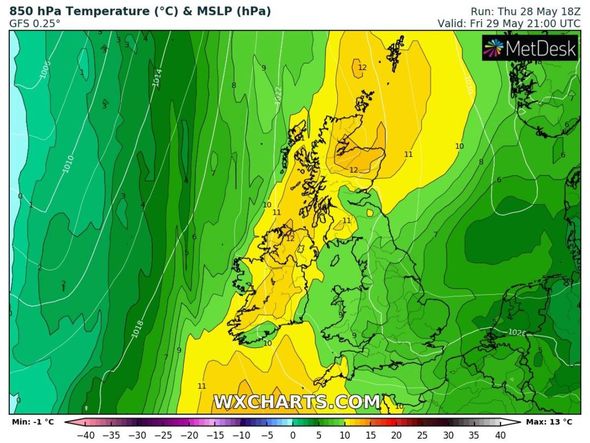 Meanwhile, MeteoGroup forecast for this weekend that the hot weather will stick around until Sunday.

The forecaster said: “After a fine evening with sunshine, most areas will remain dry with clear skies overnight.

“However, some low cloud and mist may affect coastal areas of northern and eastern Scotland. A mild night. Moderate south-easterly winds.

“Tomorrow (Saturday) will be dry, warm and sunny again for most, although with perhaps the odd shower for northern Scotland.