More than 80 regions and local authorities are in the first day of a four-day extreme heat weather warning put in place by the Met Office. It warns people to change up their working practices and routines accordingly as top temperatures of 36C are predicted by the weekend. The warning is due to end by Sunday, August 14 – but maps still show the start of next week will be very warm for most parts of the south and central England. Forecasts are now indicating the heatwave will end with thunderstorms, with one meteorologist predicting they could strike from early to middle of next week.

Senior meteorologist at British Weather Services, Jim Dale, told Express.co.uk his radars are showing a “break down” of the heat from next Tuesday.

He said: “There will be a collapse more from Tuesday to Thursday which will be thundery and less warm in the aftermath.

“Rain is piling up in the week to follow, with no further hot spell yet.”

He warned Monday, August 22 will be the start of widespread downpours – which are much needed across large parts of the country. 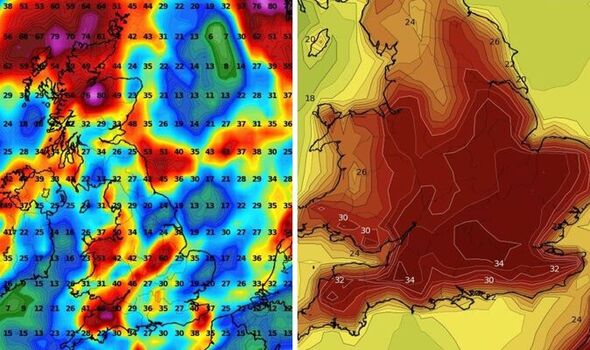 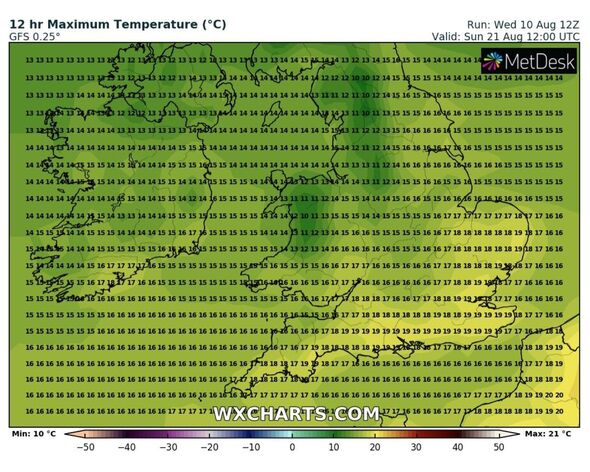 He added: “The latest models suggest a big progressive make-up of the rain deficit.”

Scores of people will find themselves under hosepipe bans in the coming days as increased demand and an unusually dry few months have left water companies resorting to last ditch methods.

Maps show temperatures will begin to drop from Sunday, August 21 with the north experiencing highs of 12C, the Midlands slightly warmer at 15C and the south being the mildest at between 17C to 19C.

These brisker temperatures will last until at least the end of the month, where some early signs show the mercury may heat up by at least four degrees before September arrives. 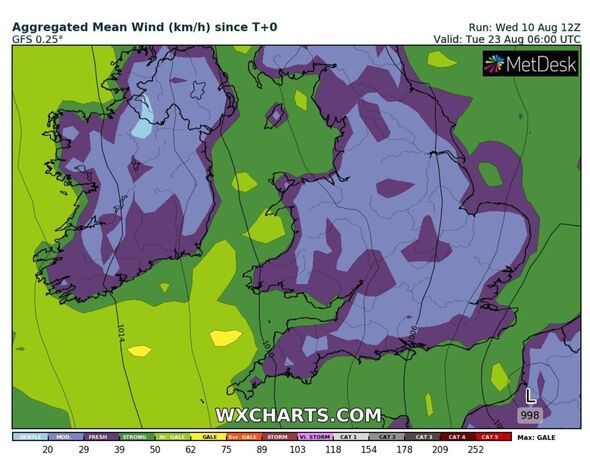 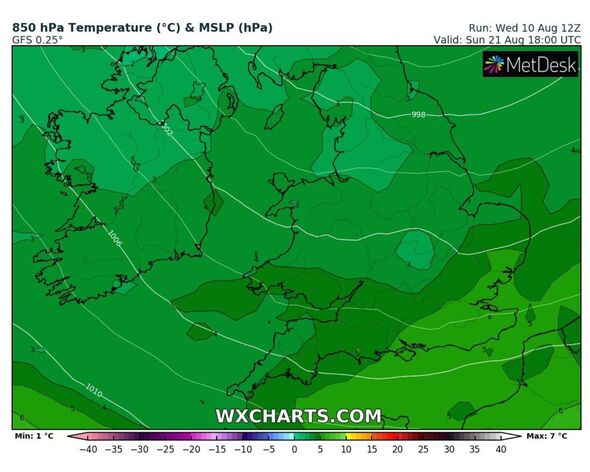 For the next four days, however, the heat is set to be somewhat intense.

Inland, places like Worcester and Luton will experience 32C heat today, but this will shoot up another two degrees tomorrow, with Reading and parts of Hertfordshire seeing highs of 34C.

The entire south coast will also see highs of between 33C to 34C, which will remarkably increase again on Saturday – which is set to be the hottest day of this period.

A top temperature of 36C (97F) is set to hit with places like Reading, Swindon and Bath all sweltering in these extreme heights. 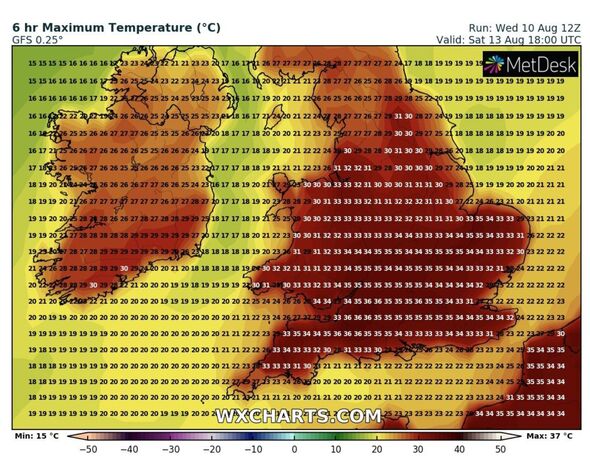 By Sunday, thermometers will still record around 34C in central, inland places such as London, Cambridge and Peterborough.

But this will be the start of the end as temperatures start to decrease to around 30C on Monday, August 15 – sharply dropping to 27C by Wednesday, August 17.

In the south temperatures will sit at mid to low 20s until the following weekend where the first true burst of rain will hammer down on parts of the UK.

Experts cannot yet predict how long the rain will last due to it being more than 10 days away.