The UK is set for the hottest day of the year as temperatures could hit 30C (86F) by Sunday afternoon. The hottest temperature recorded so far this year was 28.3C (82.94F) in Northolt, northwest London, on June 2. Saturday will also be very warm for England, Wales and most of Scotland, with widespread temperatures reaching 25C, according to Met Office forecaster Marco Petagna.

But she added that by Wednesday next week, there could be “real change” as low pressure from the Atlantic could cause the hot air to cool.

Ms Lear said: “The weather front will continue to push its way steadily south, but once again as it moves into that high pressure, it’s going to weaken off, so there’s just a band of cloud around and on Monday and Tuesday across central and southern England, we have still got that heat, perhaps not quite as warm. 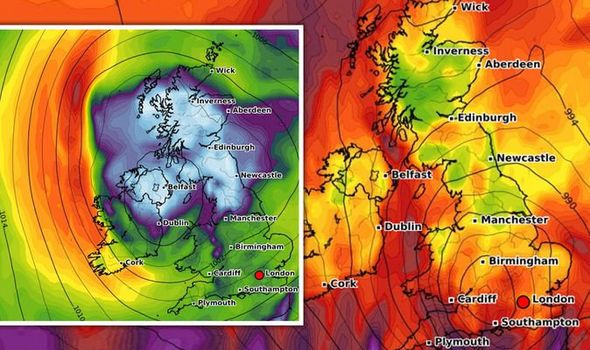 “We could see 29C in the southeast on Monday.

“So for England and Wales as we head into Tuesday, again dry and sunny, 28C is 82F, but the real change will start to arrive potentially during Wednesday.

“There’s an area of low pressure that’s going to move in off the Atlantic, plenty of isobars sticking to the southern flank of that low, so the winds really picking up and that could bring a change to our weather as we go through the latter stages of next week.

“We start to lose the russet tones and the yellows, even the blue, the colder air, starts to arrive across the country, which means that it will certainly feel noticeably fresher. 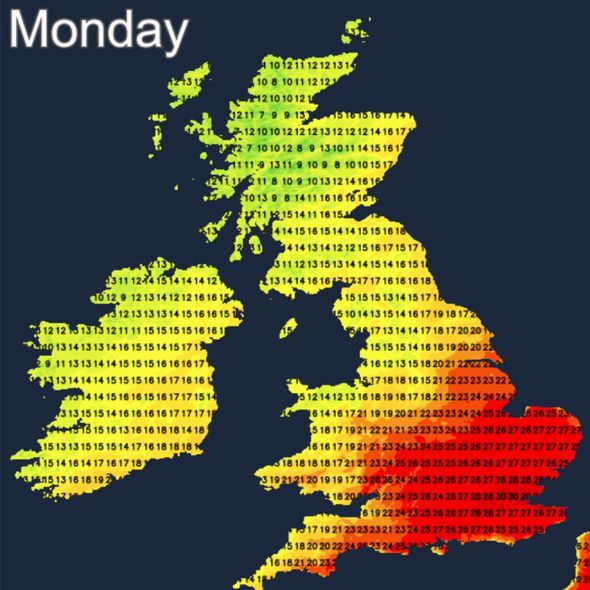 “There will be a good deal of dry weather around, but at times there’s going to be some rain chiefly to the north and west and those temperatures falling away back to where they should be really for this time of year.”

Paul Michaelwaite at Netweather also warned of a change on the horizon next week due to the jet stream strengthening.

He said: “Like the sunshine and heat? Make the most of the coming days as there are (slow) changes afoot with low pressure beginning to take hold into next week.

“Sunday is set to be the peak for widespread heat, with temperatures widely up into the mid, even high twenties. 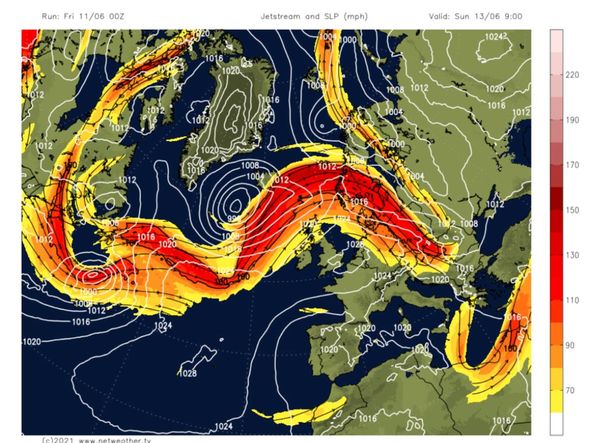 “Beyond that with low pressure starting to make its presence felt to the north or northwest of the UK, it’ll be just those further southeast keeping the heat for a few more days at least, with 30C or so possible in the southeast on Monday.

“The reason for change arriving is that the jet stream has strengthened in recent days, and is over the north of the UK currently.

“It’ll head north into Sunday as high pressure ridges up over the British Isles, but downstream across the Atlantic, it will stay strong.

“It’ll drive a low pressure towards the between Iceland and Scotland on Monday, quite quickly squashing the high further south and bringing some rain into Scotland from late Sunday. 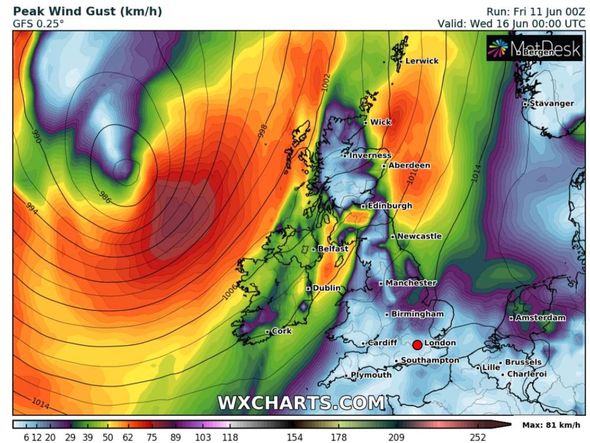 “There’ll then be another, more vigorous low, which will probably be further south moving in on Tuesday and into Wednesday, bringing wind and rain into the northwest, but potentially helping to pump up another serving of heat into the southeast.

“Then, later in the week and into the weekend, many of the models bring another low, there’s some uncertainty over this one with one or two models deepening it and bringing it right over the country.”

The Met Office’s forecast between Wednesday, June 16, and Friday, June 25, also predicted an “Atlantic influence” to bring rain and wind.

The forecast said: “Likely remaining warm, perhaps very warm, and humid towards the southeast at first with the risk of a few thunderstorms developing from the south later Wednesday into Thursday. 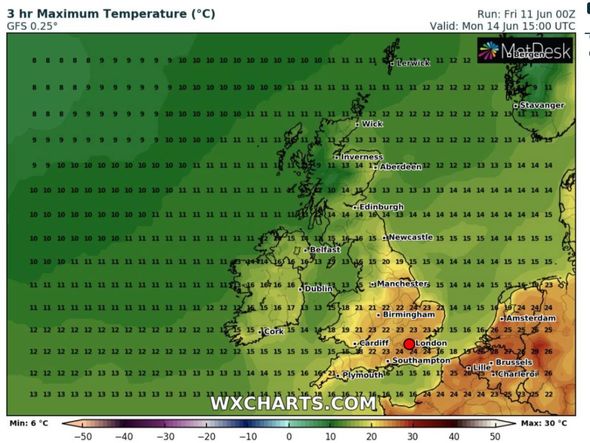 “Further north and west cloud and rain will bring fresher conditions during Wednesday.

“The fresher air is then likely to spread to the rest of the country bringing a change to widely cooler more changeable conditions for the rest of the week, with a low risk of warm and humid air returning to the far southeast at times.

“Through this period there is reasonable agreement for an Atlantic influence to bring occasional spells of rain or showers interspersed with drier and sunnier conditions.

“Overall, temperatures are likely to be close to, or perhaps slightly below average.” 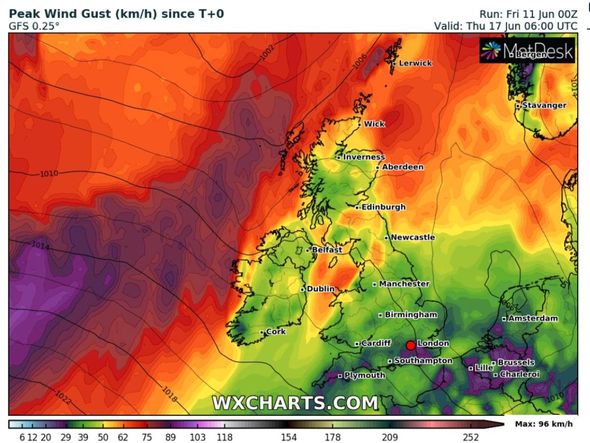 But before that, Mr Petagna said Sunday could see temperatures possibly reaching higher than 30C in the southeast, which has never been seen on June 13.

He said: “It will certainly be the hotter of the two days for many in the UK.

“In terms of if it will be the hottest day of the year, it’ll be close, I expect some areas have a good chance of hitting at least 29C (84.2F) which would make it the warmest.

“It’s because of a high-pressure jet stream moving in from the southwest, bringing with it sunshine and warm, dry temperatures.”