Heavy rain and thunderstorms could lead to 1.6inches (40mm) of rain falling in the space of just one hour in some parts of Britain. Parts of Essex, Gloucestershire and Kent have struggled with flooded homes and gardens in recent days as torrential downpours struck through the night over the weekend. The showers are expected to continue across the country throughout this week, but rainfall will become more sustained and regular as the days go on.

The Government has issued a flood warning for England and Wales, which is in place from Monday, August 17, to Friday, August 21.

The warning says that flooding from surface water and small rivers across parts of the country will be likely as result of thunderstorms or heavy showers.

Properties may flood and there will likely be some travel disruption throughout the start of the week, the warning adds. 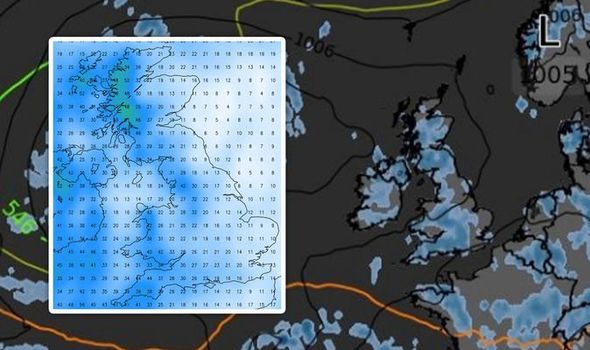 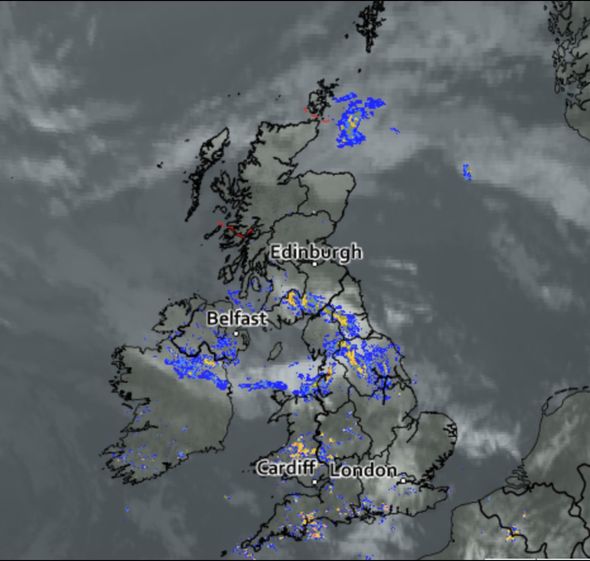 “This is due to the potential for high tides to combine with strong winds and large waves. Land, road and some properties may flood and there may be some travel disruption.”

In addition to the warnings for England and Wales, 14 flood alerts have been issued in Scotland in a number of regions.

Floodline writes: “The greatest risk is to the east of Scotland during Tuesday afternoon, and if the heaviest showers fall over built up areas prone to flooding, small watercourses or transport networks. 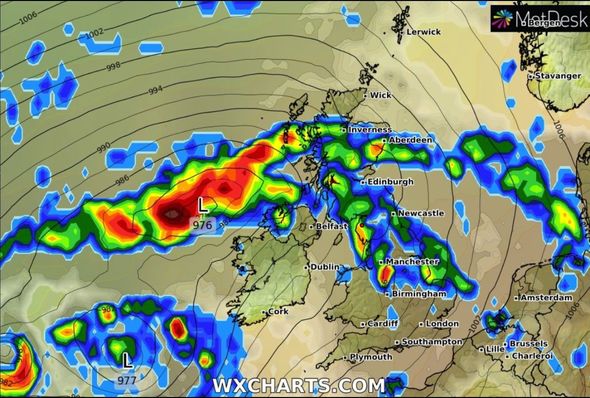 Areas in Scotland with a flood alert in place are: 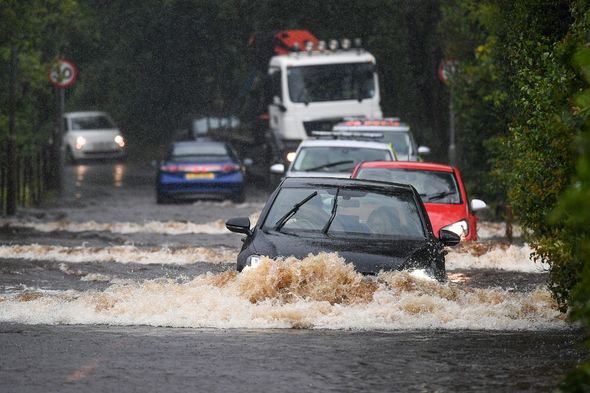 In addition, the Met Office has put a heavy rain warning in place for Scotland.

The Met Office writes: “Heavy showers are expected to develop [in Scotland] on Tuesday afternoon.

“While most places will miss the worst, some showers could be slow moving and there is a chance that 20-25mm of rain night fay in an hour with perhaps 50mm in 3 hours.

“The showers will ease during Tuesday evening.”

“Further surface water and river flooding is also a possibility.

“Environment Agency terms are working hard alongside local authorities to reduce the risk of flooding and keep communities safe.

“We urge people to check their flood risk.”