Everyone who needs safe asylum accommodation must be able to properly self-isolate, say campaigners. 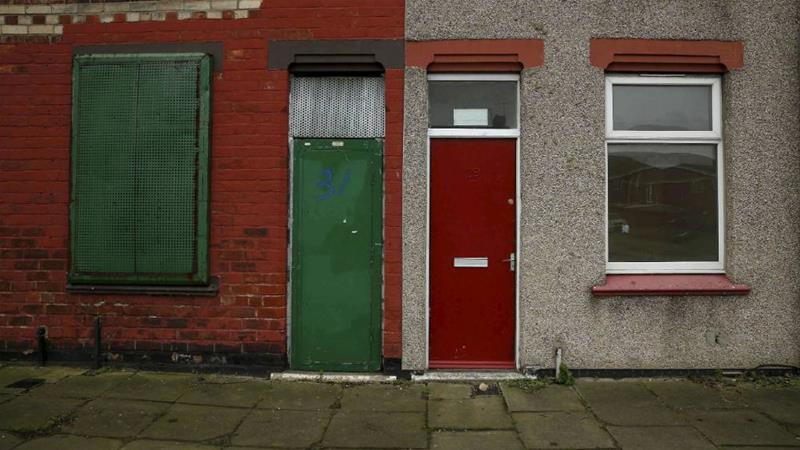 London, United Kingdom – Amira felt confused when she opened the letter, her eyes flickering over the words, disbelieving at first, before a sense of hopelessness set in. In one month, she would be back on the streets, searching for shelter.

“It said I have to leave my temporary accommodation and all the support will completely stop,” she says. “I was in shock. They are telling people to stay inside, but now they’re forcing me out. I am just here, waiting … suffering.”

Since then she has received government support, housed with 18 other asylum seekers in Wolverhampton, central England. Each of the women has their own room, but kitchen and toilet facilities are shared, and fears of contracting coronavirus circulate, causing tension.

“We are so worried one of us will get the virus,” Amira told Al Jazeera. “We have been told nothing – no rules, no instructions – and we are arguing about everything. Religion, cleaning, food … everything. It’s sad to argue about things like this, but we all feel so broken inside.”

Last month, the United Kingdom government announced it would stop evicting asylum seekers from state accommodation as part of its plans to prevent people from leaving their homes and help contain the spread of the coronavirus.

In a letter to the British Red Cross, Home Office Minister Chris Philp said: “The practical outcome is that those who would ordinarily have their support stopped because their asylum claim or appeal has been rejected, will remain accommodated.”

While charities welcomed the new government measures, they are concerned that limited communication from the Home Office and a backlog of cases may leave some asylum seekers destitute.

“Even before this crisis, serious problems in government asylum support were leaving thousands of desperate people for weeks and even months without a home,” Hale said. “In the wake of COVID-19, such delays become potentially deadly.

“The Home Office must make sure everyone who needs support has safe asylum accommodation in which they’re able to properly self-isolate,” he added.

The current government guidance advises asylum seekers and refugees against non-essential travel. Many of those who are most vulnerable say this is unavoidable.

Shaqib, an asylum seeker from Bangladesh, has had several asylum applications rejected. He now rotates between various people’s couches in Brighton on England’s southern coast, moving every two to three days and on occasion sleeping rough.

“I have a tent and that feels better, to have the space. Sometimes I go to a shelter, but they tell me they can’t arrange anything for me,” he explained.

“I feel stressed moving between places,” Shaqib adds. “I can’t take it easy, can’t relax. You don’t know where you can get it. Maybe it’s better on the streets than in people’s houses.”

Until recently, Shaqib was given financial assistance by friends who worked in the hospitality industry, but since the outbreak of the virus, that support has dried up. The depression, for which he is currently being prescribed medication, has considerably worsened in recent weeks.

“I stay awake all night, I can’t sleep until five or six in the morning,” he says. “I’m very worried, thinking all the time, always thinking about my future. I have no normal life … no future that I can see.”

Cristiano from El Salvador is also concerned about the spread of the coronavirus in his communal housing.

After developing mild symptoms of coronavirus two weeks ago, Cristiano says he has been confined to his bedroom, and that he feels unsafe in the permanent housing he shares with nine others.

“They are very aggressive to me,” he told Al Jazeera. “We share all the communal spaces and anytime I go to the bathroom or the kitchen, someone yells at me. No one allows me to speak, they just tell me to go. We need help from people at this time … We need humanity, not more pain.”

Cristiano, who is HIV-positive, is concerned that a weakened immune system may have made him more susceptible to COVID-19.

“Infections come to me very easily, but it’s difficult because coronavirus is so new. Nobody knows if it could make my HIV worse. I have to always stay in control, but it’s so hard when I can’t move freely – not even in my house,” he said.

The government has provided 1.6 billion pounds ($2bn) of additional funding to local authorities to enable them to respond to COVID-19 pressures across the services they deliver, including support for those most vulnerable.

But charities remain concerned that administrative obstacles will prevent many who need it most from getting help.

“Help at this time is difficult to access,” said Sarah Taal, director of the Baobab Women’s Project.

“Drop-in advice and food banks have closed, destitution payments cannot be collected, and interpretation when contacting services by phone is also challenging. We are concerned that, without advice and support, many could be left homeless or destitute.”

A spokesperson for the Home Office told Al Jazeera that the health and safety of asylum seekers in government housing was of “the utmost importance”:

“Those who would ordinarily have their support stopped because their claim has been rejected will remain accommodated and supported. These changes are currently being communicated to individuals affected.”

But for those like Amira, living in precarious accommodation and facing an uncertain future, it is difficult to look ahead.