Police say Hussein Walugembe set fire to himself after officers demanded a bribe to release his motorcycle. 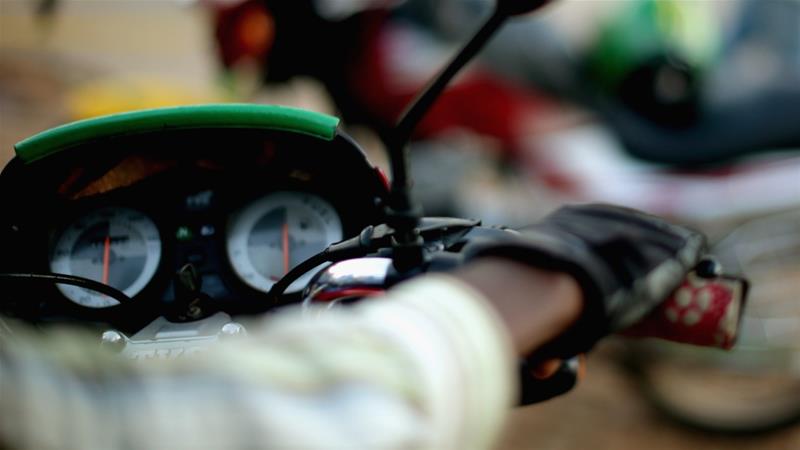 A Ugandan man has died after setting fire to himself in a police station when officers allegedly demanded a bribe to release his motorcycle, which he was using as a taxi and which had been impounded over violation of coronavirus restrictions.

The case has provoked anger among Ugandans who say it reflects widespread abuse by security personnel, including beatings, detentions and extortion that in the current climate are often disguised as enforcement of COVID-19 regulations.

The rider, Hussein Walugembe, had recently acquired his motorcycle and it was being driven by a colleague when it was impounded on Tuesday for violating a dusk-to-dawn curfew, regional police spokesman Nsubuga Mohammed said.

On Thursday, Walugembe came to the police station in the town of Masaka to claim the bike but was frustrated by some police officers who demanded he pay a bribe, Mohammed said.

After his pleas to the police officer responsible for traffic violations to release his bike were rejected, he doused himself with gasoline, which he had concealed in a container in his jacket, and set himself on fire.

“He attempted to grab the officer, for them to die together, but he escaped with minor burns, leaving the victim behind,” the national police headquarters said in a statement.

Police are investigating allegations of “extortion and bribery” at the station, the statement said, adding that two police officers have been arrested. Masaka is about 130 km (80 miles) south of the capital, Kampala.

Uganda implemented one of Africa’s strictest lockdowns to curb the coronavirus and has kept infections relatively low at under 1,000 confirmed cases, with no reported deaths. The government has loosened some of the restrictions but some remain.

Critics have accused President Yoweri Museveni’s government of using the pandemic to repress rights and harass opponents ahead of a general election due early next year.