TAIPEI (Reuters) – U.S. Secretary of Health and Human Services Alex Azar will visit Taiwan in coming days, his office said on Tuesday, making the highest-level visit by a U.S. official in four decades – a move likely to anger China, which claims the island as its own. 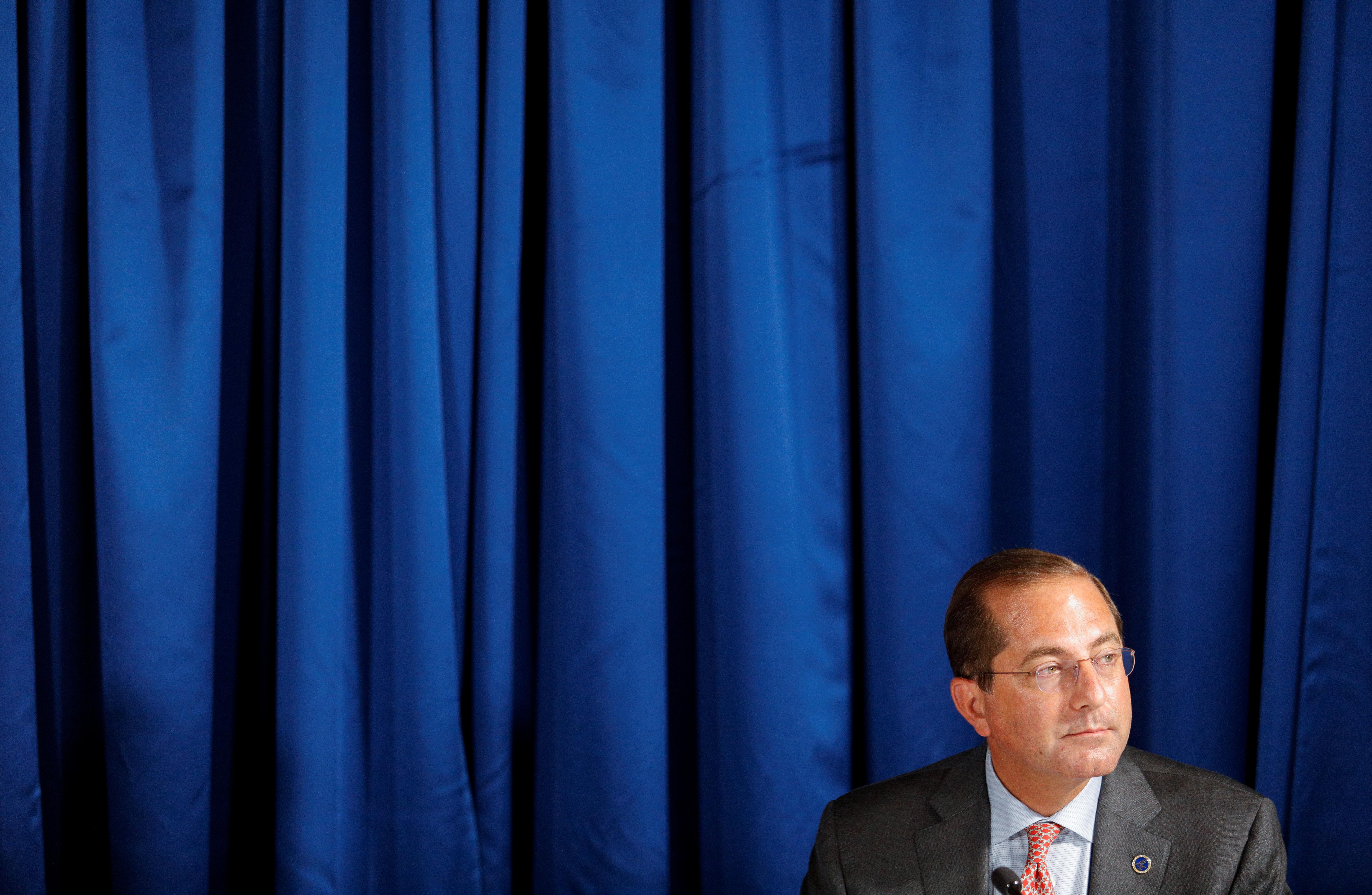 Azar’s visit will probably worsen already poor Beijing-Washington relations, inflamed over trade, the pandemic and human rights, even as Taiwan has welcomed the show of support in the face of unrelenting Chinese pressure.

During his visit, Azar will meet with President Tsai Ing-wen, Taiwan’s Foreign Ministry said, which may infuriate China further.

“Taiwan has been a model of transparency and cooperation in global health during the COVID-19 pandemic and long before it,” Azar said in a statement. “I look forward to conveying President Trump’s support for Taiwan’s global health leadership and underscoring our shared belief that free and democratic societies are the best model for protecting and promoting health.”

His department, describing the trip as “historic”, said Azar would be accompanied by Mitchell Wolfe, chief medical officer of the U.S. Centers for Disease Control and Prevention, and other members of the administration.

Taiwan’s Foreign Ministry said the visit showed the firm U.S. support for Taiwan and the closeness of their relationship.

Taiwan has been especially grateful for U.S. support for its requests to get meaningful access to the World Health Organization during the pandemic.

Taiwan is not a member because of Chinese objections; Beijing considers the island merely one of China’s provinces. Taiwan has denounced Chinese efforts to block its access, though Beijing says the island has been given the help it needs.

The United States, like most countries, has no formal diplomatic ties with Taiwan, having ditched Taipei in favour of Beijing in 1979, but is its main arms supplier and strongest backer on the international stage.

Gina McCarthy, then-head of the Environmental Protection Agency, was the last U.S. Cabinet-level official to visit the island, in 2014. Her position is technically lower-ranking than Azar’s.

Taiwan has won praise for its response to the coronavirus pandemic, having kept its case numbers low due to effective and early prevention steps.

The United States has more coronavirus cases and deaths than any other country.

In April, Azar held a teleconference with Taiwan Health Minister Chen Shih-chung, whom he will also meet on his trip.