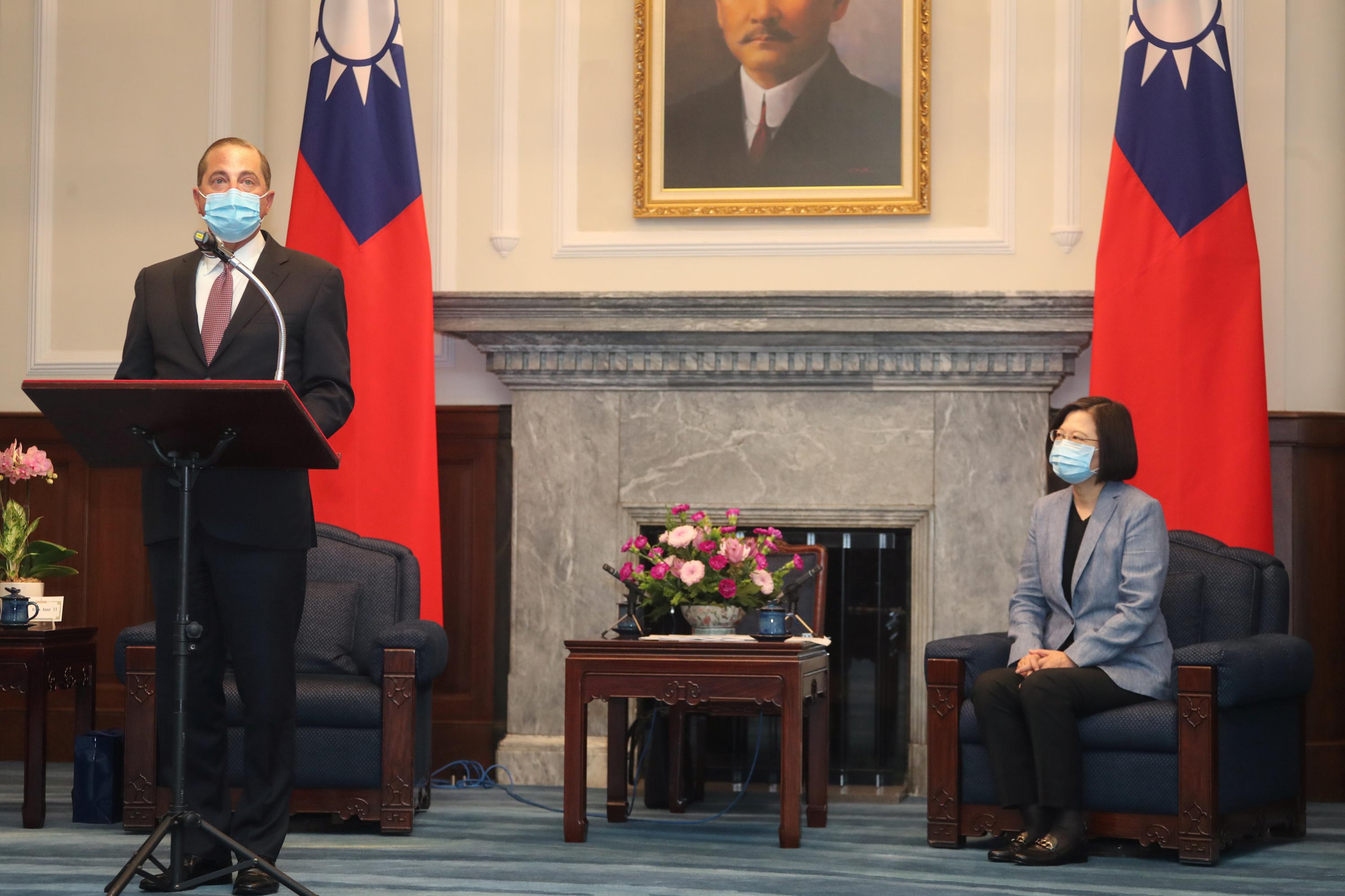 Azar arrived in Taiwan on Sunday as the highest-level U.S. official to visit in four decades, a trip condemned by China which claims the island as its own, further irritating Sino-U.S. relations. China has promised unspecified retaliation to Azar’s trip.

Washington broke off official ties with Taipei in 1979 in favour of Beijing. The Trump administration has made strengthening its support for the democratic island a priority, and boosted arms sales.

“It’s a true honour to be here to convey a message of strong support and friendship from President Trump to Taiwan,” Azar told Tsai in the Presidential Office, standing in front of two Taiwanese flags.

Azar is visiting to strengthen economic and public-health cooperation with Taiwan and support Taiwan’s international role in fighting the pandemic.

“Taiwan’s response to COVID-19 has been among the most successful in the world, and that is a tribute to the open, transparent, democratic nature of Taiwan’s society and culture,” he told Tsai.

Taiwan’s early and effective steps to fight the disease have kept its case numbers far lower than those of its neighbours, with 480 infections, including seven deaths. Most cases have been imported.

The United States, which has had more coronavirus cases and deaths than any other country, has repeatedly clashed with China over the pandemic, accusing Beijing of lacking transparency.

Tsai told Azar his visit represented “a huge step forward in anti-pandemic collaborations between our countries”, mentioning areas of cooperation including vaccine and drug research and production.

Taiwan has been particularly grateful for U.S. support to permit its attendance at the World Health Organization’s (WHO) decision-making body the World Health Assembly, and to allow it greater access to the organisation.

Taiwan is not a member of the WHO due to China’s objections, which considers it a Chinese province.

“I’d like to reiterate that political considerations should never take precedence over the rights to health. The decision to bar Taiwan from participating in the WHA is a violation of the universal rights to health,” Tsai said.