SEOUL (Reuters) – The U.S. point man for North Korea is due to visit South Korea next week as it pushes for a resumption of talks with the North ahead of the U.S. election and despite few signs of any progress. 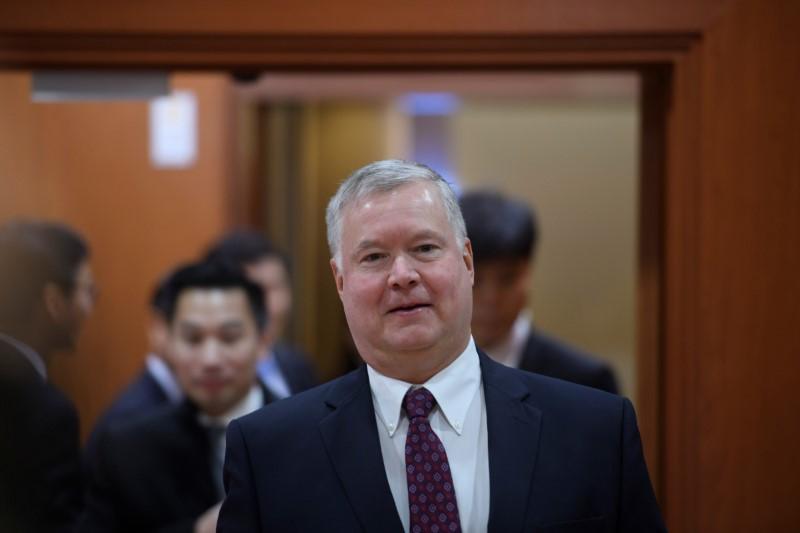 U.S. Deputy Secretary of State Stephen Biegun, who led working-level negotiations with the North Koreans, will be among several State Department officials holding talks with South Korean counterparts on Tuesday, a government official told Reuters, speaking on condition of anonymity as the trip has not been announced.

Biegun has said there is time for both sides to re-engage and “make substantial progress”, but the coronavirus pandemic would make an in-person summit difficult before the November election.

Last month, North Korea abruptly raised tension with South Korea and blew up an inter-Korean liaison office, just on its side of the border, before just as suddenly announcing it would suspend plans for unspecified military actions against the South.

North Korea has repeatedly said it will not return to talks until the United States drops its “hostile policies”, including strict sanctions, and vowed not to provide Trump with another photo opportunity before the election without significant concessions.

“It’s hard to imagine a scenario where the North Koreans would be compelled to come back to the table unless the U.S. ‘offer’ was drastically different than it’s been in the past,” said Jenny Town, of 38 North, a think-tank focusing on North Korea.

“And even then, how credible would that be that it would survive a potential change in administration in the U.S.?

Trump and Kim met for the first time in 2018 in Singapore, raising hopes of an agreement to get North Korea to give up its nuclear weapons programme.

But their second summit, in early 2019 in Vietnam, fell apart.

Trump and Kim met again at the demilitarized zone separating the two Koreas in June 2019 and agreed to restart negotiations but working-level talks between the two sides in Sweden in October were broken off.

Trump’s former national security adviser, John Bolton, told reporters in New York on Thursday that the president might seek another summit with Kim as an “October Surprise” ahead of the election.