All the latest as Brazil’s coronavirus toll reaches 27,878, making it the country with fifth-highest number of deaths.

Antonio Guterres, the secretary-general of the United Nations, announced the deaths of two UN peacekeepers from COVID-19.

Both peacekeepers were serving in Mali, he said, praising “the service, sacrifice and selflessness” of the more than 95,000 men and women serving in the UN’s 13 peacekeeping missions around the world.

According to the UN peacekeeping department, there have been 137 confirmed cases of COVID-19 in UN peacekeeping operations, with the greatest number by far – 90 cases – in Mali. The deaths are the first from the virus among peacekeepers.

China reported four new confirmed cases of coronavirus at the end of Friday, all brought from outside the country and no new deaths.

Just 63 people remained in treatment and another 401 were under isolation and monitoring for showing signs of having the virus or of testing positive for it without showing any symptoms.

China has reported a total of 4,634 deaths among 82,999 cases since the virus was first detected in the central Chinese industrial city of Wuhan. 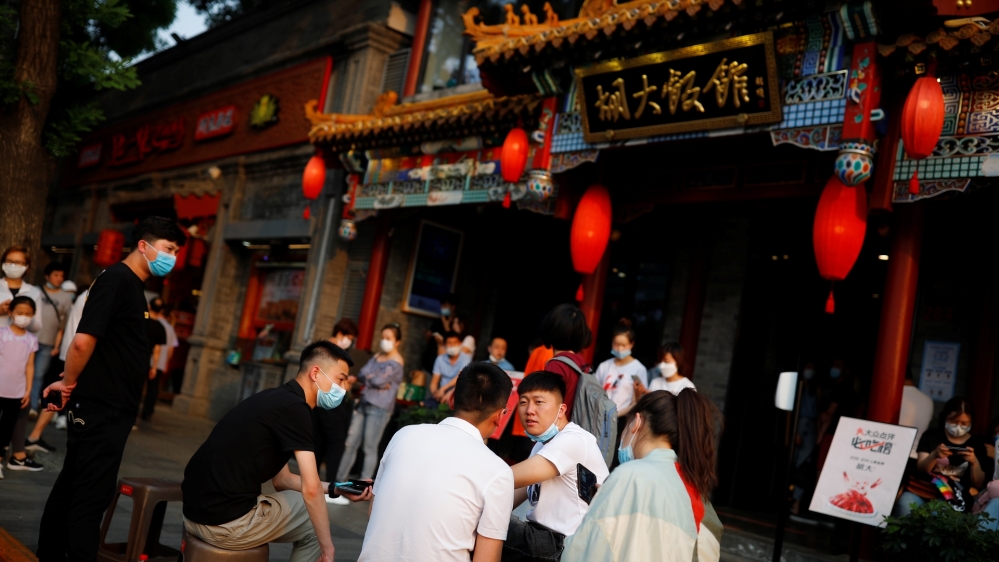 Twelve migrants have tested positive for coronavirus at a government-run shelter in the Mexican border city of Ciudad Juarez, the Mexican labour ministry said.

The migrants have been isolated to prevent further spread of the virus in the Leona Vicario centre, which houses 337 people, the ministry said.

Ciudad Juarez, a gritty industrial city that neighbours the US city of El Paso, Texas, has received thousands of migrants under a Trump administration policy that sends US asylum seekers to Mexico to await the outcomes of their cases.

Brazil’s coronavirus deaths have reached a total 27,878, surpassing the toll of hard-hit Spain and making it the country with the fifth-highest number of fatalities.

As of the end of Friday, Spain had recorded 27,121 deaths, with virus fatalities there rapidly slowing. Brazil could soon surpass France, which has seen 28,714 deaths.

“There is no way to foresee” when the outbreak will peak, the Ministry of Health said, and experts say the number of cases in Brazil could be 15 times higher than the confirmed figure because there has been no widespread testing.

German Chancellor Angela Merkel turned down US President Donald Trump’s invitation to attend an envisaged summit of the Group of Seven (G7) nations in the United States, according to Politico.

“The federal chancellor thanks President Trump for his invitation to the G7 summit at the end of June in Washington. As of today, considering the overall pandemic situation, she cannot agree to her personal participation, to a journey to Washington,” the report quoted German government spokesman Steffen Seibert as saying.

“She will of course continue to monitor the development of the pandemic.”

Trump believes there would be “no greater example of reopening” than holding a G7 summit in the US near the end of June, the White House said on Tuesday.

The Flexible Credit Line (FCL) is a renewable funding mechanism granted to countries with strong economic policy track records, and Chile is only the fifth country to receive one. Along with Peru, Mexico and Colombia currently have FCLs in place.

Kristalina Georgieva, the IMF’s managing director, said the backstop should help to boost market confidence, and Chile intends to treat the credit line as “precautionary and temporary”, and exit the backstop after 24 months.

Peru likewise sees the programme as precautionary, and will consider exiting once the crisis has passed and “the insurance provided by an FCL arrangement would no longer be necessary”.

You can find all the updates from yesterday, May 29, here.