In the inky darkness, a tiny body wiggles in the sand.

It’s 1am and the team and I are gathered around a small bamboo fence on a beach on the Thai island of Koh Samui.

Inside the enclosure is a nest of 85 eggs from the critically endangered Hawksbill turtle and one of them has begun to hatch.

Its little head moves back and forth as its flippers work tirelessly beneath the surface to push it up through the sand.

It’s a process which takes hours, but COVID-19 has inadvertently bought the hatchling time. 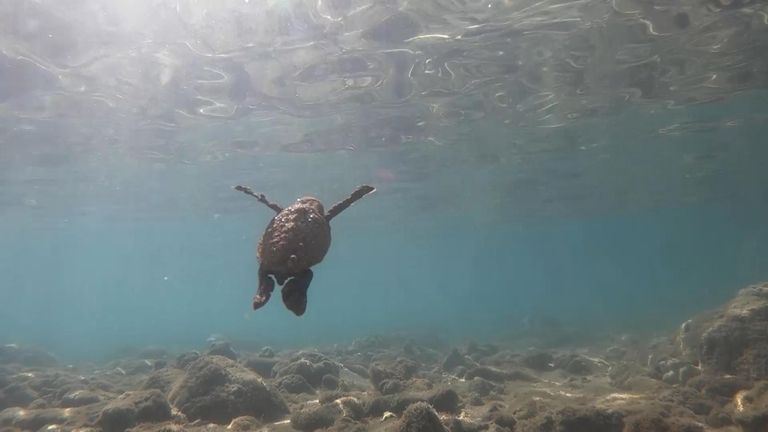 Before the pandemic, Koh Samui was one of the top holiday destinations in Thailand, with visitors flocking to the island’s stunning beaches, but the outbreak closed borders and turtles have been taking the place of tourists on the peaceful sands.

The Hawksbill nest we are watching is one of a record six made on Thong Nan beach this year.

“That’s the first time that we have had so many nests. As you can see right now, there are at least triple the amount of nests from previous experiences,” explains Manuel Lang, the manager of Silavadee Resort on the island.

“They only go to beaches where it really is quiet and there’s not much pollution, and the last couple of months, since there are no tourists here anymore, the turtles have come to our beach even more than before.“ 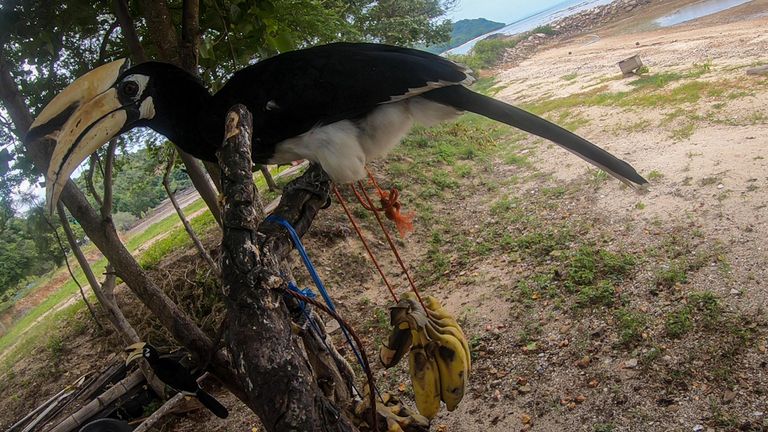 Named for their narrow, pointed beak it’s estimated there are only around 8,000 nesting Hawksbill females left in the wild.

Pollution, poaching, coastal development, fishing, loss of feeding and nesting grounds, and the consumption of eggs are some of the reasons the species is now under threat.

While the turtles have visited the beach in the past, this year they have laid at least 540 eggs there.

On the neighbouring beach around 270 green turtles have hatched, skittering down to the now calm waters at luxury Banyan Tree Resort. 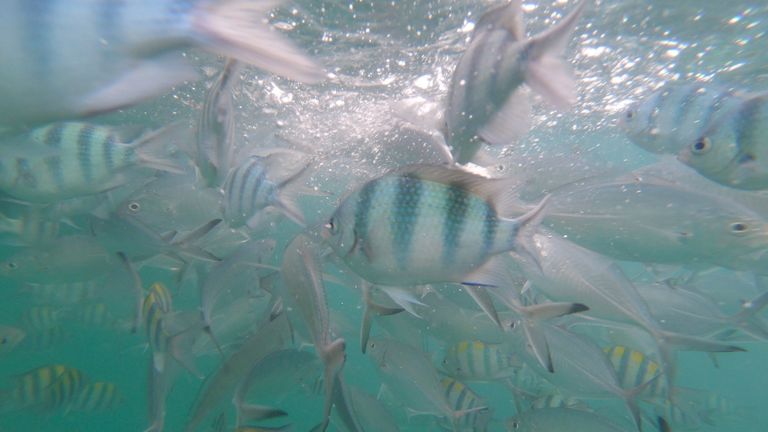 And turtles aren’t the only ones enjoying the new found quiet, throughout the COVID-19 outbreak there have been reports of animals across Thailand reclaiming areas cleared of tourists.

On Koh Samui, locals have noticed the water is much cleaner now the constant hum of tour boats has gone.

Pratuan Panchaweng, who ferries visitors around the area on his longtail boat, says not only is it the first year he’s witnessed turtles laying eggs on the island but that the sea is teeming with fish. Mr Lang adds: “I think it’s a good sign that nature has had some time to recover in these special circumstances. It’s wonderful to see that nature is back a little bit.”

Around 39 million international visitors came to Thailand in 2019 but figures from the first six months of 2020 show just five million passengers passed through the country’s airports compared to 9.3 million in the same period last year.

Tourism officials on Koh Samui said visitor numbers for January to June this year plummeted 43% from 2019.

For those in the industry, like Mr Lang, the returning wildlife offers a little bit of hope.

“It’s very nice to see that nature is recovering… obviously for business reasons and for everybody who is affected, it’s not a good time of the year,” Mr Lang says. “But for nature, I think that’s one of the only positive things coming out of this COVID-19 situation.” And the changes aren’t confined to the island. Thai media has reported an abundance of wildlife sightings including large herds of rare dugongs (sea cows) swimming off the coast of Trang, sea otters playing on the tourist beaches of Ranongand, and black tip sharks gathering in the shallows.

At the national parks, which were ordered to close for three months due to COVID-19, often hidden animals have been venturing out, no longer scared away by crowds of people.

The park’s chief, Piya Nunil, says: “We can see them running in the morning and the evening. They bring down their babies and are living happily. They don’t have to be afraid of the tourists and hide from them in the woods, so they can live freely the way they naturally would.

“All of nature has been restored. Tour boats aren’t coming into the sea so the coral repairs naturally… marine animals that live in the area can live happily when they aren’t disturbed.”

:: A New Climate is a series of special podcasts from the Sky News Daily. Listen on Apple Podcasts, Google Podcasts, Spotify, Spreaker

While there are no official figures to measure the change, the environmental impact has seemingly been so profound that the now reopened national parks have been told they must all close for at least two months every year and limit visitor numbers.

At Mu Ko Ang Thong it means the number allowed in was cut from 1,000 per day to before the pandemic to 400 daily from 1 July.

While Mr Nunil agrees that tourism is vital for the economy, the new balance is a welcome change.

“The management and the minister see that opening the parks all-year round isn’t the right way to do it as it has impacts. There should be a break,” he says. 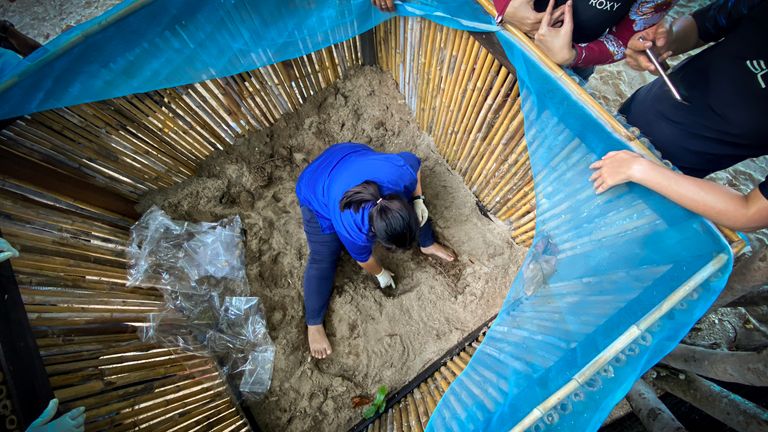 Maintaining the balance between humans and nature once life fully returns to normal will be a much bigger commitment but it is fundamental for the survival of vulnerable creatures like the Hawksbill turtle, which are already struggling against a vast number of threats.

At the nest at Thong Nan beach nine of the eggs have successfully hatched but 76 others have been destroyed.

At the edge of the enclosure we watch as a vet carefully digs down looking for survivors.

It’s fruitless; every egg uncovered has a dent in the side, the whole nest has been ravaged by ants and fungus.

It’s a sad moment but as we watch the final two tiny survivors crawl across the sand and into the sea it’s hard not to feel a little bit hopeful; these nine new lives are a fresh chance for a critically endangered species.

While COVID-19 has forced humanity into lockdown and confinement, the pandemic has given nature the time and space to thrive, and Thailand’s wildlife is seemingly revelling in the temporary peace.