John Bolton has been on a press tour of his new tell-all memoir, The Room Where It Happened. The book reveals Donald Trump’s various failings during his presidency, and most damningly his relationship with foreign leaders at the expense of national security.

ZTE and Huawei Technologies were both discussed between the two leaders in May 2018 and June 2019 phone calls.

In exchange for lifting the sanctions, Xi promised Trump that he would be indebted to the US president. 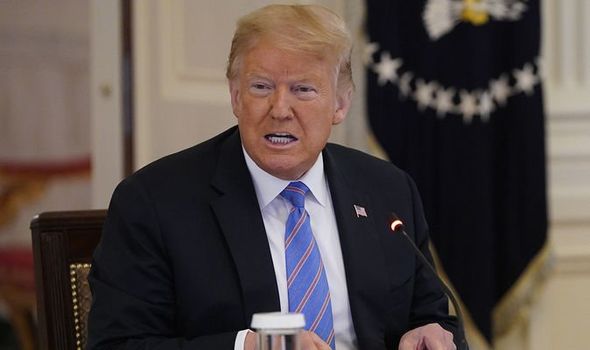 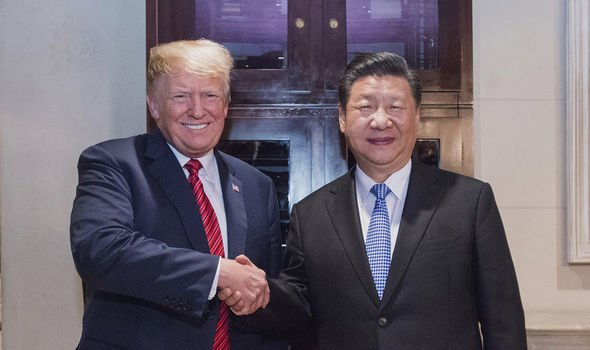 Another shock reveal comes from Bolton, as he claimed Xi lectured Trump on the Treaty of Versailles.

In talks on trade and Taiwan at the G20 summit in Osaka, Japan 2019, Xi told Trump that the treaty was a humiliation for China.

The treaty drafted in Paris in 1919 ended World War I but China refused to sign because it returned German-occupied Shandong in eastern China to Japanese control rather than Chinese rule.

That discussion followed a May 8, 2019 phone call between the leaders, where the sanctions on ZTE were discussed. 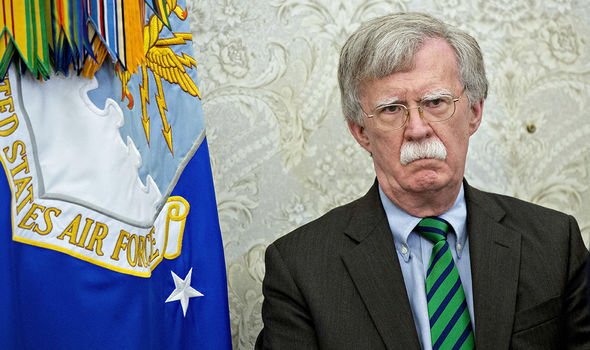 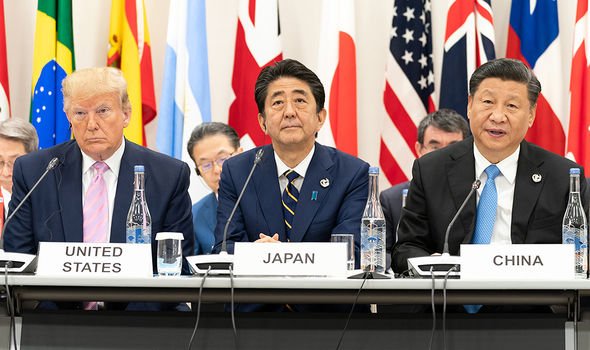 The phone call between the leaders took place at 8,30am, in which Xi brought up the issue of US Commerce Department restrictions on telecom equipment giant ZTE over its alleged violations of US sanctions on Iran.

Trump allegedly referred to the restrictions as “very strong, even harsh”, according to the book.

Bolton wrote: “[Trump] said he had told [US Commerce Secretary Wilbur] Ross to work something out for China.

“Xi replied that if that were done, he would owe Trump a favour and Trump immediately responded he was doing this because of Xi.”

On May 13, less than a week after that evening call, Trump tweeted that he and Xi were “working together to give … ZTE a way to get back into business, fast” as there were “too many jobs in China lost”, and in July, the US lifted the sanctions on the company.

The same phone call saw Trump tell Xi that he would withdraw the US from the Iran nuclear deal, and ask him if he wanted to know what was in his statement.

Bolton wrote: “Xi said it sounded like Trump wanted to tell him, a completely on-target insight.

“Trump, in a ‘why not?’ moment, said that, feeling trust in confiding in Xi, he was terminating the nuclear deal, which was bad, and that we would see what happened.

“Xi said he would keep the news confidential.”

A Chinese foreign ministry statement on the call said the two had discussed trade and the Korean peninsula, but did not mention Iran. 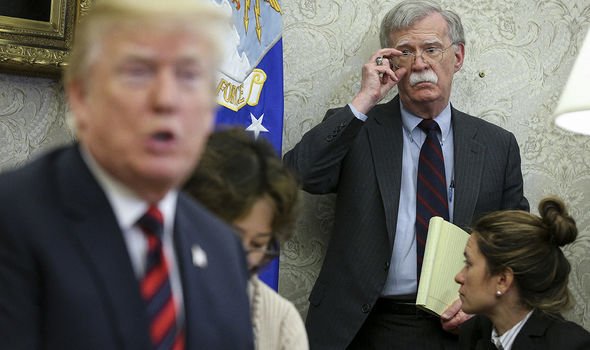 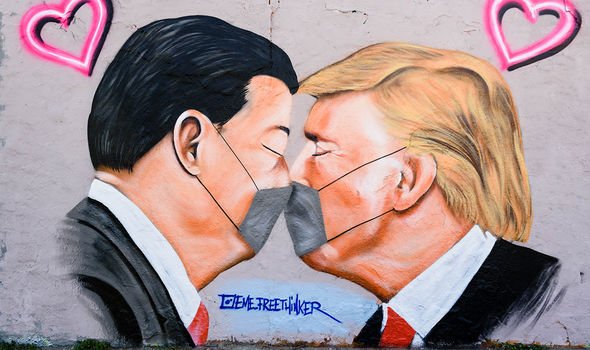 A different phone call between the leaders, on June 18, 2019 ahead of their G20 meet, saw Xi press “hard” to oppose the US decision to add Huawei to its “Entity List” over national security concerns, a move that would bar US companies from doing business with Huawei.

Bolton wrote: “Xi warned that, if not handled properly, Huawei would harm the overall bilateral relationship.

“In an amazing display of chutzpah, Xi described Huawei as an outstanding private Chinese company, having important relations with Qualcomm and Intel.

“Xi wanted the ban on Huawei lifted, and said he wanted to work jointly with Trump personally on the issue, and Trump seemed amenable.”

President Trump has denied the books accuracy, and has slammed is as a “compilation of lies and made-up stories”.