The figure of the 45th US president – posing with two thumbs up and his trademark red tie – is now in the storage room at Louis Tussaud’s Waxworks in San Antonio, Texas where it joins the wax reincarnation of George Washington. Mr Trump’s figurine was clawed, punched and kicked, it is said.

It is not the first former president to be attacked, according to Clay Stewart, regional manager for Ripley Entertainment, which owns the museum.

He told San Antonio Express News: “When it’s a highly political figure, attacks can be a problem.

“We’ve always had trouble with the presidential section because no matter what president it was — Bush, Obama or Trump — they’ve all had people beat them.

“The ears were torn off Obama six times. And then Bush’s nose was punched in.” 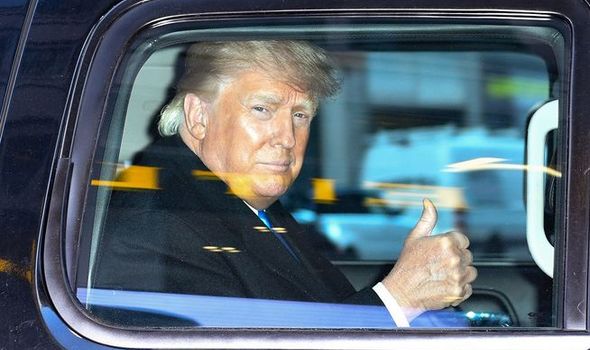 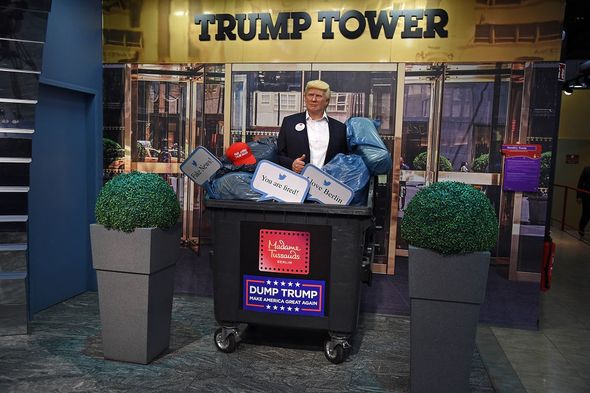 Donald Trump statues is a frequent topic of late.

Last month, a gold statue of the Republican raised eyebrows at the annual gathering of conservatives in the US – because it was made in Mexico.

It was also dressed in Mr Trump’s trademark suit jacket, complete with white shirt and red tie, when it went on display at the Conservative Political Action Conference (CPAC) in Orlando, Florida.

Mexico and Mr Trump endured a less than friendly relationship, symbolised by his ambitions to build a wall between the two nations. 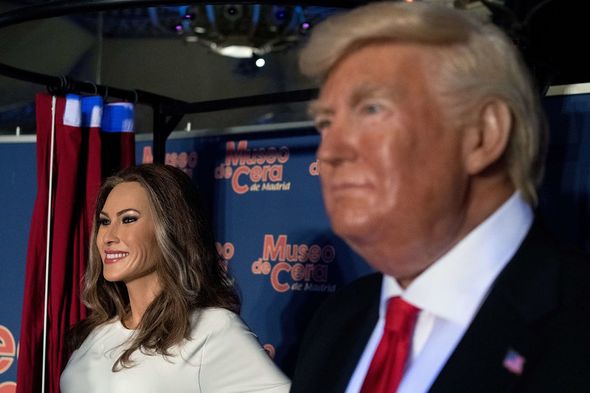 An artist in the southern Chinese city of Xiamen- has even juxtaposed Mr Trump with Buddha, casting him in ceramic, draped in robes with cross-legged and his eyes closed as if meditating.

Artist Hong Jinshi told ABC News: “There are a lot of videos where Trump gives the impression that he understands everything.

“So this image is of him in a state of all knowing, no one else can compete.”

The statues, in varying sizes, are sold online with the description, “Make your company great again!” 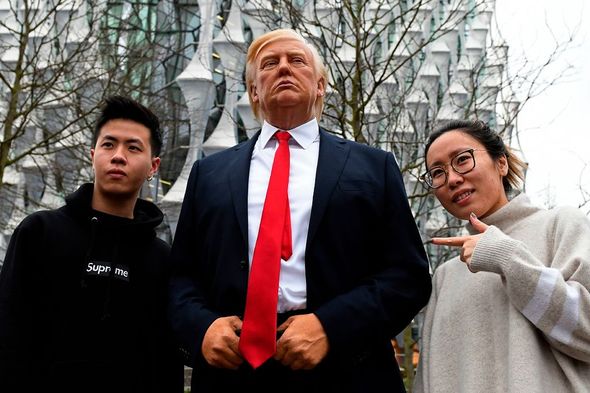 In the real world, Mr Trump is making movements back into the political arena.

He hinted he may run in the 2024 presidential election at the CPAC last month, while repeating unfounded allegations of widespread voter fraud.

The former president told the audience: “I may even decide to beat them a third time.”