Pompeo says Trump wrote to Assad, who the US wants deposed, to request help finding Austin Tice, missing since 2012. 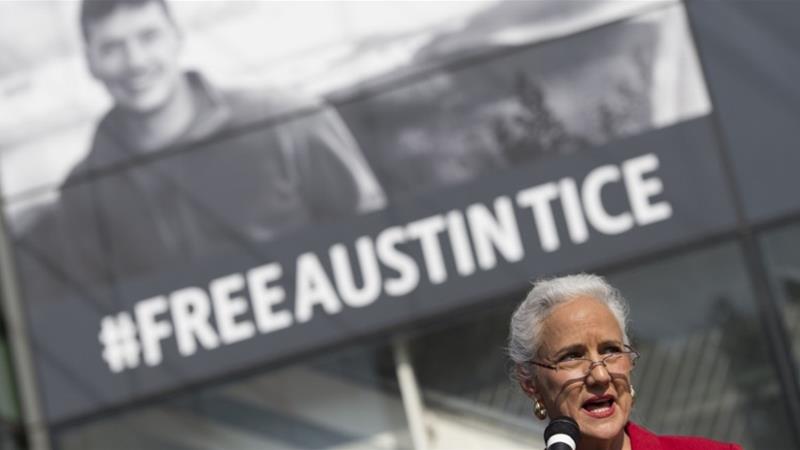 US President Donald Trump wrote to Syrian President Bashar al-Assad in March to propose “direct dialogue” about the case of Austin Tice, a journalist who went missing in Syria in 2012, Secretary of State Mike Pompeo has confirmed in a statement on Friday.

Tice was a freelance photojournalist working for Agence France-Presse, McClatchy News, The Washington Post, CBS and other news organisations when he disappeared after being detained at a checkpoint near Damascus on August 14, 2012.

Trump, for his part, said in a statement also released on Friday – the eighth anniversary of Tice’s disappearance – that he contacted the Syrian government, asking them to assist in finding the US citizen.

“Earlier this year, I asked the government of Syria to work with us to find and return Austin. I am again calling on Syria to help us bring him home,” Trump said in the statement.

“There is no higher priority in my Administration than the recovery and return of Americans missing abroad.  The Tice family deserves answers. We stand with the Tice family and will not rest until we bring Austin home,” Trump said.

Thirty-one years old at the time he was captured, Tice appeared blindfolded in the custody of an unidentified group of armed men in a video a month later.

Since then, there has been no official information on whether he is alive or dead.

“The US government has repeatedly attempted to engage Syrian officials to seek Austin’s release,” Pompeo said in his statement.

“No one should doubt the president’s commitment to bringing home all US citizens held hostage or wrongfully detained overseas,” Pompeo continued. “Nowhere is that determination stronger than in Austin Tice’s case.”

About a year ago, the US government said it believed Tice was still alive.

His mother Debra Tice said in January that she had “credible information” to that effect, without elaborating.

Around the time Trump wrote to Damascus authorities in March, he said he did not know if Tice was still alive.

In 2018, US authorities announced a $1m reward for information that would lead to his recovery.

“Austin Tice’s release and return home are long, long overdue,” Pompeo said. “We will do our utmost to achieve that goal.”