The president made the incendiary remarks during a press conference at the White House. Addressing MrTrump a reporter asked: “Will you commit to a peaceful transfer of power after the election?”

He replied: “Well, we’re going to have to see what happens.”

In response the journalist, Brian J. Karem, accused the president of “advocating civil war” on Twitter.

Mr Karem, the White House correspondent from Playboy, tweeted: “This is the most frightening answer I have ever received to any question I have ever asked. 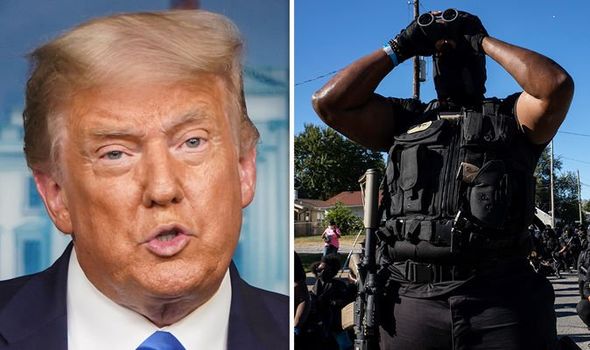 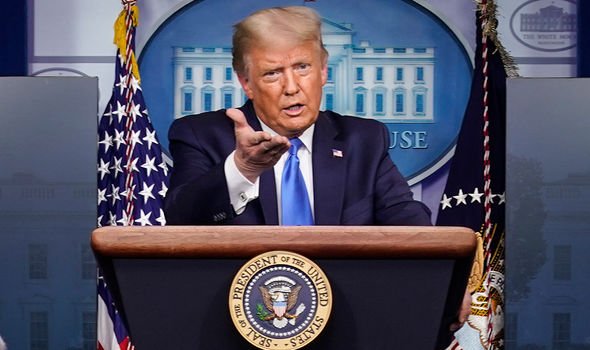 Mr Trump has repeatedly alleged, without providing evidence, that the presidential election could be rigged by his Democratic rivals using mail-in ballots.

During the press conference the president also indicated he wants his new Supreme Court nominee in place ahead of the election in case of a contested vote.

President Trump said: “I think it’s better if you go before the election because I think this scam the Democrats are pulling, it’s a scam, this scam will be before the United States Supreme Court.” 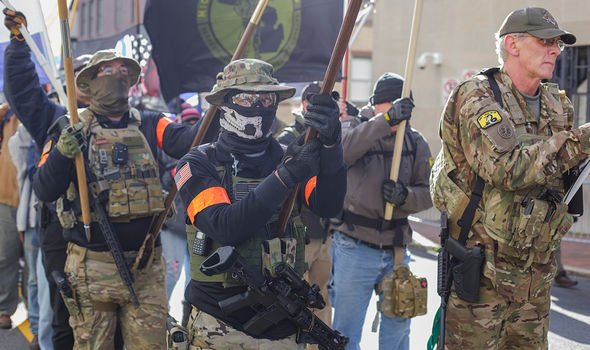 The death of Justice Ruth Bader Ginsburg on September 18 has left a Supreme Court vacancy.

Democrats are demanding the position is left open until after the results of November’s election.

However, Mr Trump has stated he wants to appoint a new justice ahead of this date.

The Supreme Court decided the 2000 presidential election by blocking another recount of the vote in Florida. 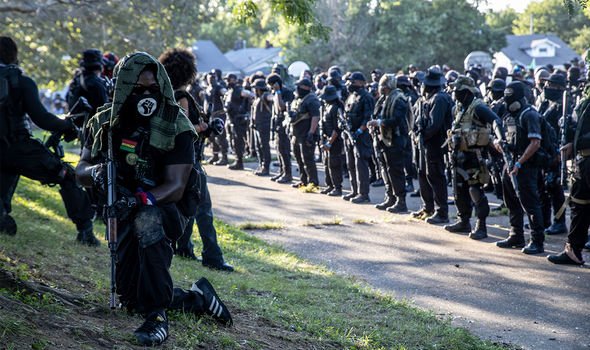 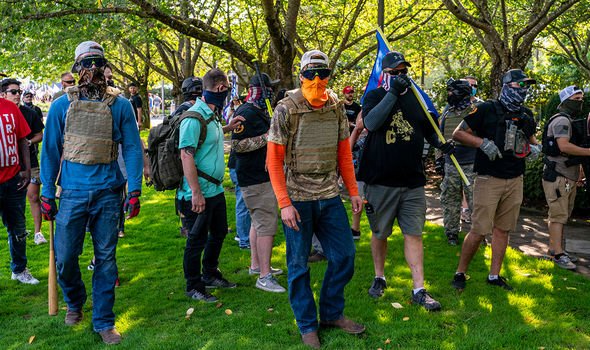 A number of other prominent American figures warned of political violence in response to Mr Trump’s comments.

“Seems like America is closer to the brink of civil war than most people would like to admit.”

Meanwhile author David Rothkopf commented: “We may be called upon to rise up as a citizenry to defend our democracy as no American has been since the Civil War.

“Trump has warned us. It’s not just another shocking statement or outrage. It is a call to action.”

Susan Rice, America’s former Ambassador to the United Nations, also warned of conflict in an opinion piece for the New York Times. 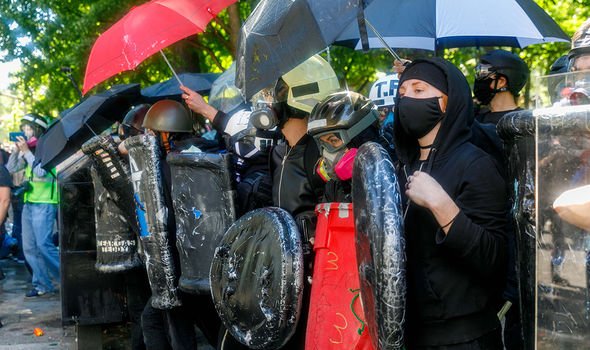 She wrote: “Trump seeks to perpetuate himself in power at great cost to our national cohesion.

“No wonder Russian state media and politicians are gleefully predicting an imminent civil war in the United States.”

There have been massive protests across the US since the killing of George Floyd by police in late May, some of which have dissented into rioting.